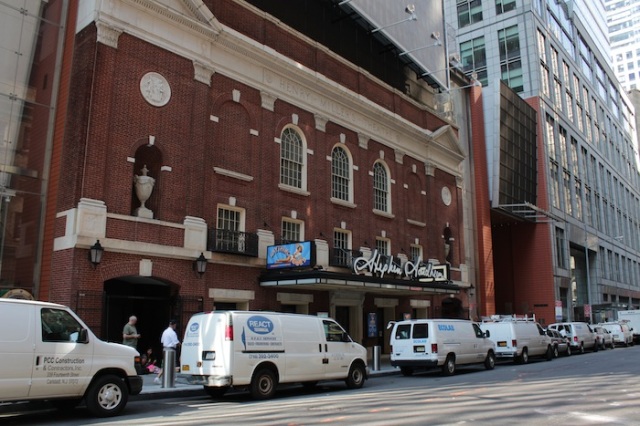 Life is theater, and the theatre is life, no more so than here in this short expanse of street cutting through Broadway – the centre of the world where theatre is concerned.

Nothing here is what it seems. Within the theatres, sailors carouse and cavort on board a cruise-ship plucked from the 1920s; a Marvel Superhero flails and flops his way into Broadway history as one of the most expensive fiascos ever staged. Outside the theatres, buxom ingénues are dressed up in military uniform to coerce young Americans into giving their lives away for false Wars; armed policeman on horses – vanguards of America’s Police State – take a latte break as shrieking tourists snap away avidly at them.

32 – The US Armed Forces Recruitment Station, recruiting here since 1946. 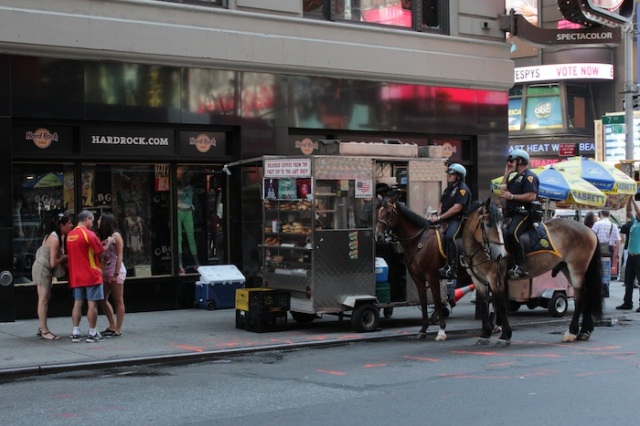 33 – Police officers on horseback, and tourists checking a shot they just took.

34 – Foxwoods Theatre, home to the highly critically-panned and controversy-plagued Spider-Man: Turn Off The Dark musical.

37 – No. 310 – Martin Luther King Jr. Labor Center, with a mural depicting progress within the African-American community.

38 – Broadway Posters on the wall of a parking garage. 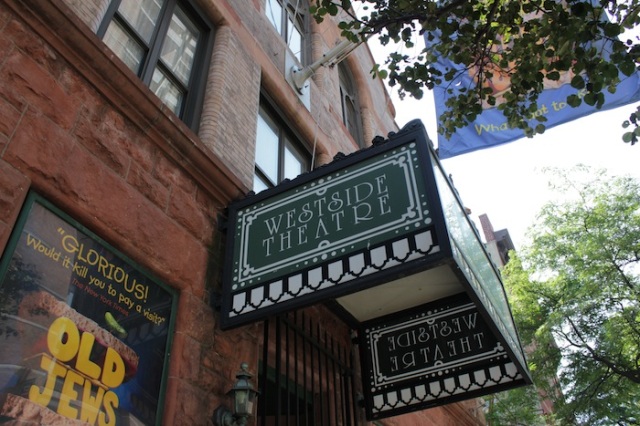 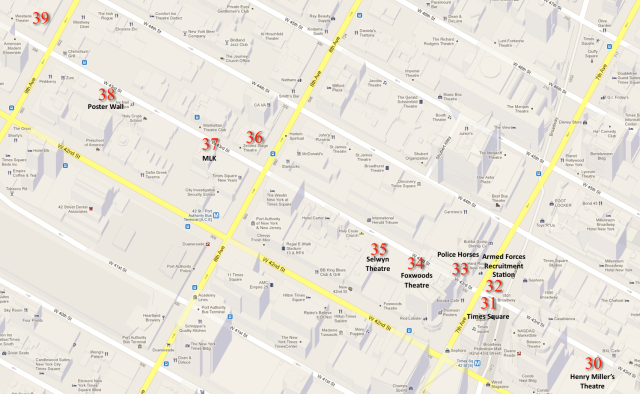 I am a wandering cityophile and pattern-finder who is pathologically incapable of staying in one place for any long period of time. When I do, I see the place from different perspectives, obsessive-compulsively.
View all posts by Kennie Ting →
Gallery | This entry was posted in Art & Architecture, Landmarks & History, New York, Photography, Sociology & Urban Studies and tagged 43rd Street, 6th to 9th Avenue, Broadway, Lights and Magic, Manhattan in 12 Streets, Theatre District, Times Square, Unreal City. Bookmark the permalink.