It might as well be ancient Rome. The street is adorned with statues and reliefs depicting flora, fauna and human figurines in epic poses. Arches and columns proliferate, some with elaborate filigreed designs, others more humble. Words are carved into the stone itself, denoting months, describing names, delivering prophesy.

But what does it all mean? What are the stories behind these ornaments? What are the secrets carved in the stone? Most of these are lost to the modern-day urban archaeologist. We know that the area used to house a row of luxurious turn-of- the-century hotels and clubs, once playing hosts to important politicians, celebrities and other famous rogues. But many of these have been torn down in the course of a century, replaced by the same cadre of towering skyscrapers one sees throughout this street.

Where it used to be that new was built upon old, and old continued to linger beneath layers of structure and sediment, today, the old is eradicated altogether, with only traces of it remaining, suggesting the existence of a completely different civilization and way of life a mere century ago.

21 – A Firefighter’s Prayer – statue dedicated to the firefighter’s who braved 9/11. The statue stands at No. 6: The Emigrant Savings Bank.

23 – Lefcourt National Building (1929), with its relief of dozen rams. It was designed by Shreve, Lamb and Harmon, who later designed the Empire State Building. 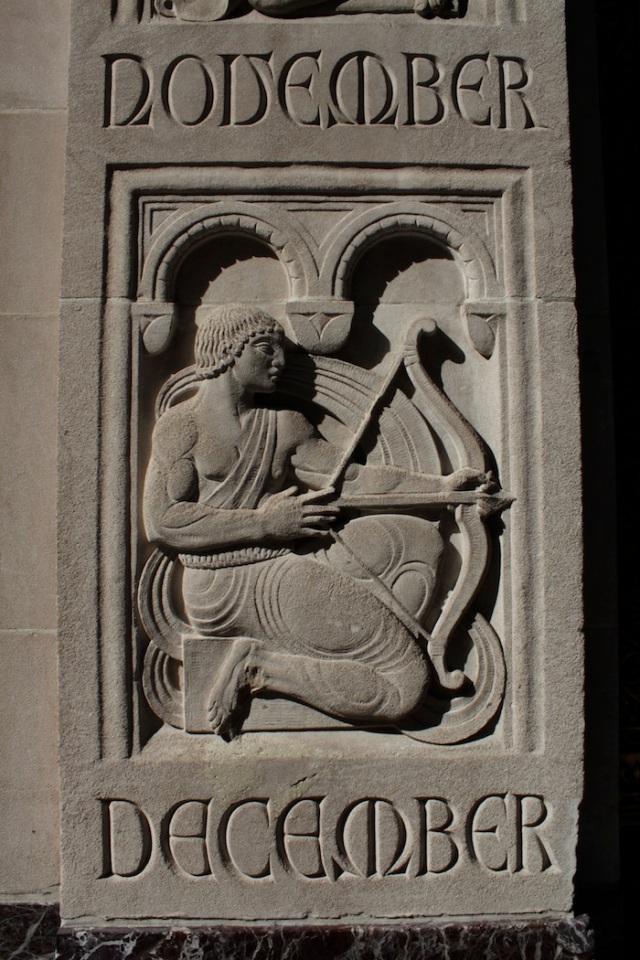 25 – No. 8 W 43rd St: The entrance to the building is adorned with beautiful stone reliefs depicting the twelve calendar months. 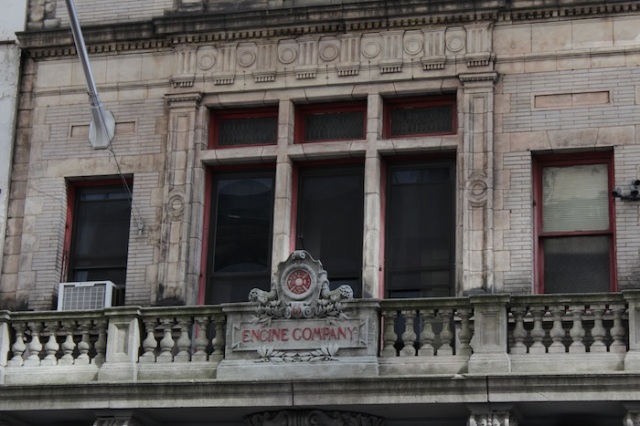 26 – No. 33: Fire Engine Company No. 65 (1898), another Italian Renaissance Building from the same era as the Century Association Clubhouse. 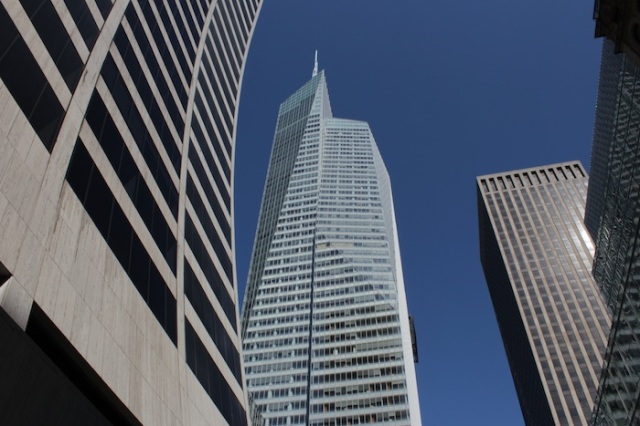 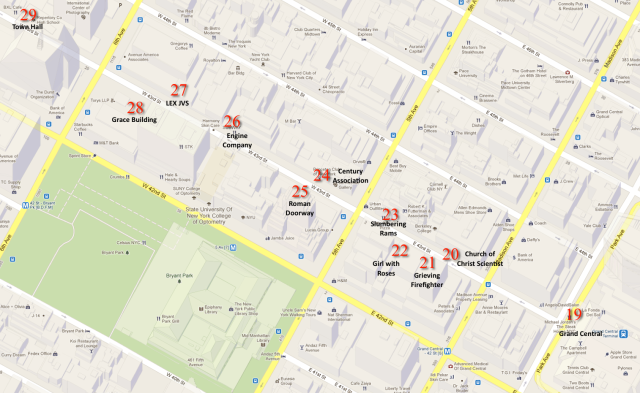 B – Secrets in Stone

I am a wandering cityophile and pattern-finder who is pathologically incapable of staying in one place for any long period of time. When I do, I see the place from different perspectives, obsessive-compulsively.
View all posts by Kennie Ting →
This entry was posted in Art & Architecture, Landmarks & History, New York, Photography, Sociology & Urban Studies and tagged 43rd St, Grand Central Station to 6th Avenue, Manhattan in 12 Streets, Secrets in Stone, Unreal City. Bookmark the permalink.