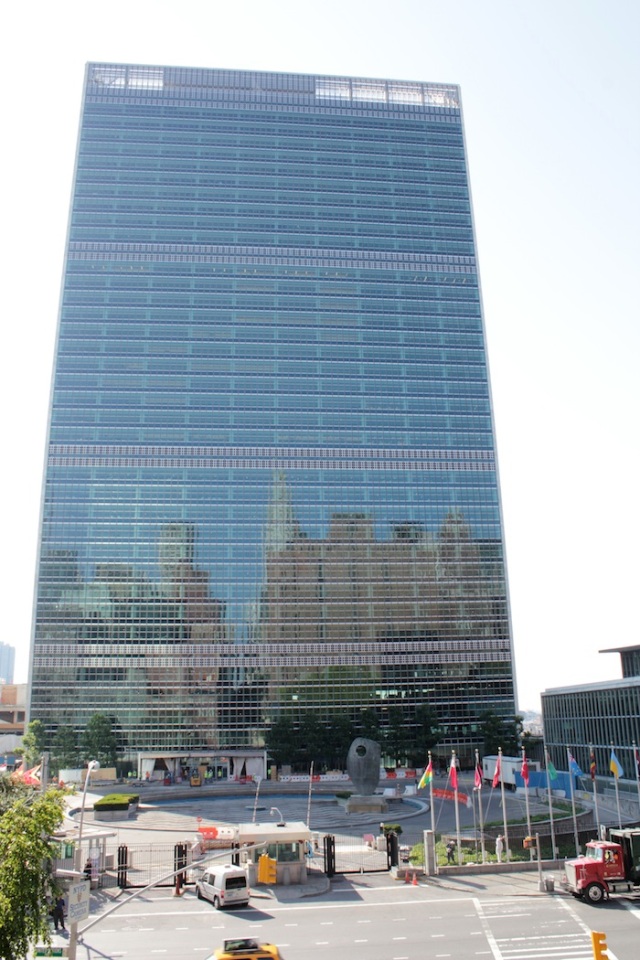 1 – The United Nations Secretariat Tower, completed in 1952 and designed by an international committee of architects, including Le Corbusier, Oscar Niemeyer, amongst others.

At the edge of the world sits a Tower. And this Tower is no structure of brick and mortar, but a kind of illusion; a trick of the light, flickering electric blue in and out of sight; a coalescing of vapors; of misplaced goodwill. The kings and queens of the world attend here, pronouncing PEACE, while raining armaments on those of their own, or those of their own they believe to be not.

But still the pilgrims come in the thousands from the Terminal seeking an audience, uninformed or disregarding of this Congregation’s inadequacy. Through miles of devastated landscape they come with their fragile appeals in their hands, towards the Tower shimmering like a mirage in the distance; and the mediaeval brick city-fortress that guards its flanks.

Around them, light and shadow play upon pillars of glass and steel, reflected one upon the other so reality is indiscernible from reflection; so the pilgrim, his eyes confused and diverted, does not realise that there is in fact, nothing behind the smoke and mirrors; that this entire landscape of grandiose ideals is insubstantial. 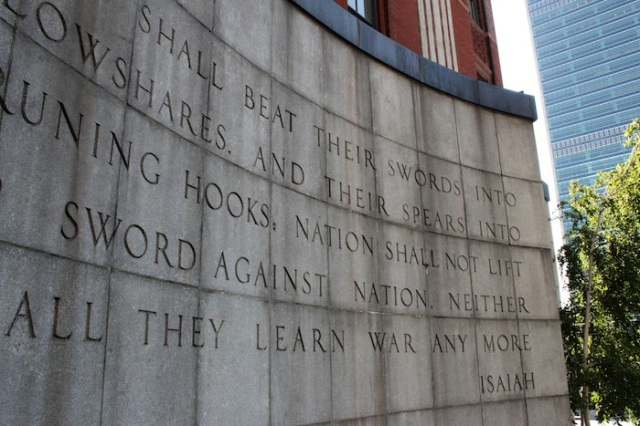 2 – Isaiah 2:4, on the Scharansky steps, named after a Soviet dissident, and part of the Ralphe Bunche Park. This park is across from the UN complex.

3 – Channelling Hampton Court: Tudor City, a luxury residential project built between 1925-28, by the Fred F. French Company. It was designated a Historic Landmark in 1988.

4 – No. 315: The Cloisters – part of the Tudor City complex, looking suitably gloomy and mediaeval. 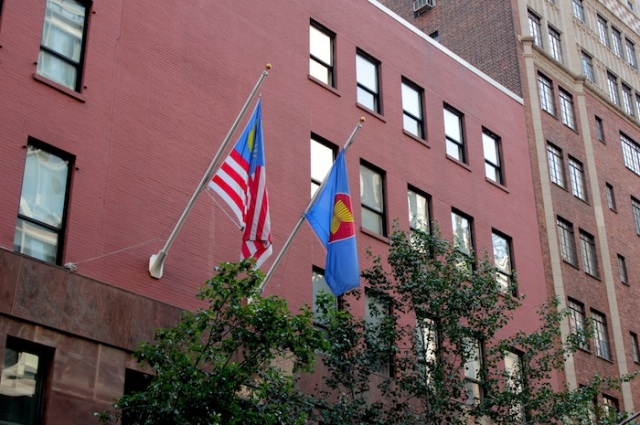 6 – No. 313: The Permanent Mission of Malaysia and the Association of Southeast Asian Nations (ASEAN). 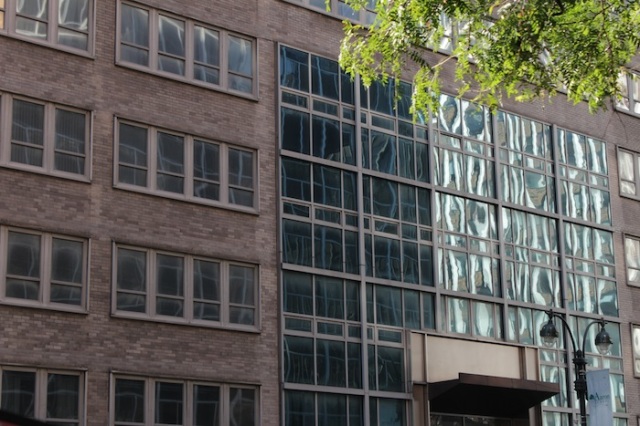 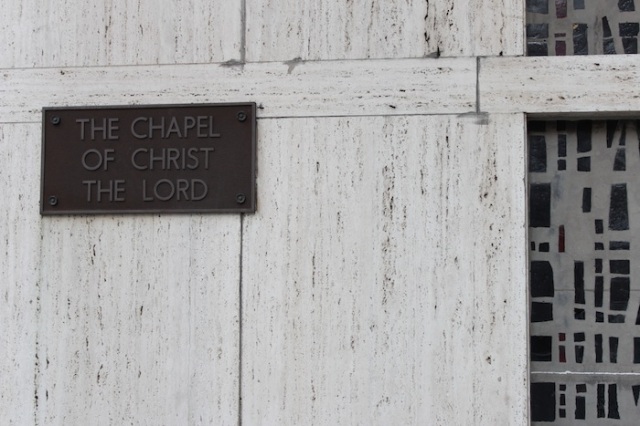 9 – 815 2nd Ave: The very stark and modernist facade of the Episcopal Church Center.

10 – No. 245: The Permanent Mission of India to the United Nations (1991), designed by Indian architect Charles Correa. The Pfizer Building, just across the street, is reflected on the building’s facade. 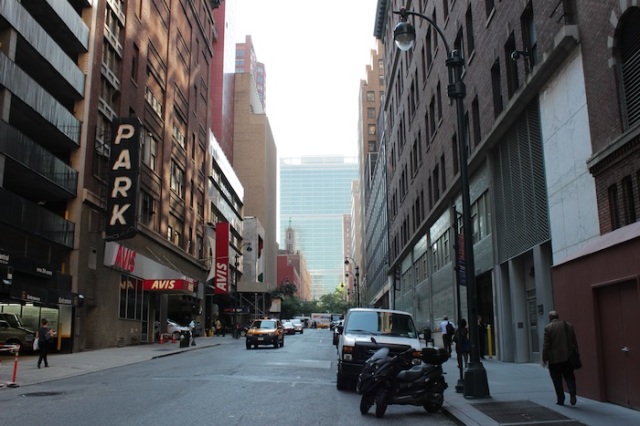 11 – A view towards the UN Tower, shimmering like something out of a sci-fi movie.

14 – An old tenement block on the NW corner of the 3rd Ave Intersection, totally dwarfed by the skyscrapers surrounding it.

17 – Reflection of the Chrysler Building on the façade of the Grand Hyatt.

18 – The Beaux-Arts Concourse of the Grand Central Station, designed by Warren and Wetmore, and built between 1903 and 1913.

A – Smoke and Mirrors

I am a wandering cityophile and pattern-finder who is pathologically incapable of staying in one place for any long period of time. When I do, I see the place from different perspectives, obsessive-compulsively.
View all posts by Kennie Ting →
This entry was posted in Art & Architecture, Landmarks & History, New York, Photography, Sociology & Urban Studies and tagged 43rd Street, Chrysler Building, Ford Foundation, Grand Central Station, Manhattan in 12 Streets, Pfizer Building, Smoke and Mirrors, The United Nations, Tudor City, Turtle Bay, Unreal City. Bookmark the permalink.