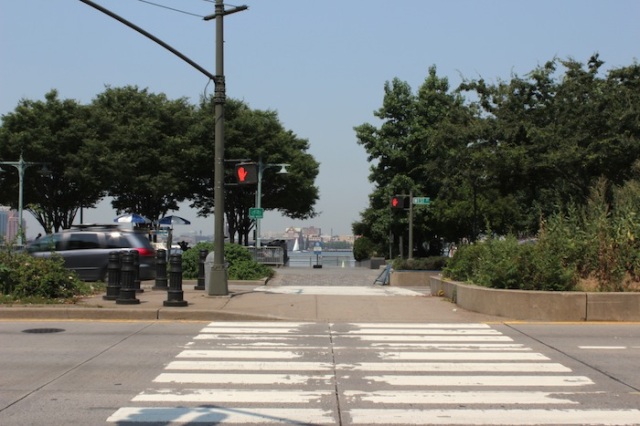 Finally, after an epic journey through Hell and four circles of Purgatory, the Pilgrim has arrived at the West Bank: a quiet sanctuary at the edge of the water, plied by Christians, Jews, and Muslims alike. Beyond the water, Paradise beckons, though not quite the same Paradise as the one we left far behind on the East Bank.

Upon closer scrutiny, it appears that Paradise is in reality New Jersey, and the Pilgrim considers that perhaps Paradise was not worth all that effort, after all: a bit of an anti-climax, really. Purgatory, and even Hell, appeared to be so much more intriguing and eye-catching as they passed the Pilgrim by.

Our worthy Pilgrim decides to throw in the towel. Ignoring YGA’s warning to Lot, he turns around to dive back into the fray, in search of intoxicating refreshment and conversation with like-minded individuals, which YGA knows, is infinitely more rewarding than lamenting Mankind’s Fall – a Major Lost Cause, if he ever knew one.

This marks the end of the Tale of 11th Street.  Next month on Manhattan in 12 Streets:

I am a wandering cityophile and pattern-finder who is pathologically incapable of staying in one place for any long period of time. When I do, I see the place from different perspectives, obsessive-compulsively.
View all posts by Kennie Ting →
This entry was posted in Art & Architecture, Landmarks & History, New York, Photography and tagged 11th Street, Hudson River Greenway, Manhattan in 12 Streets, Paradise Regained, The West Bank. Bookmark the permalink.