Home is an In-between Place

When I reflect on my past year (and a half) of constant travel, it’s clear to me that 2011 has been defined by my being in-between homes.  To put it another way: Home, for me, has been an In-between Place.

This is not new.  In the 5 years leading up to 2010, I had moved houses  as many times, restlessly.  Every time all of my stuff was out of the packing boxes and in the new home, I thought: alrightey, time to move again! I took more comfort in the act of moving and moving in – of being in-between homes – than in the finality of home.

Many of my young, mobile, expatriates friends also felt that Home, for them, was an in-between place, because their having to move every other year from one country to another often meant that they could (or would) never invest enough of their time, money and personality into the space they lived in.

S, in London: “I wanted to make it a little bit more personal.  But there are really limitations because you can’t pin anything on the walls, which is often the case in London.  […]  So everything, our pictures and paintings are on the ground.  So it always looks a little bit like we just moved in or are on the move.  It doesn’t feel right because we never really are able to finalise anything.”

J, in New York: “Well the biggest frustration was having to completely downsize the Singapore experience when I moved to New York. […] In New York, you have tiny apartments so where does all this furniture go? And at a certain point, you realise if you travel a lot, you’re always going to be renting so the only expression of your home is the furniture in it – the rugs, the carpets, the sofas.”

The upshot of not being able to personalise the space with one’s own furniture and personal effects, is that stuff just remains in boxes that clutter up the apartment for months at an end, making it “look a bit like [one has] just moved in or is on the move.”  What this implies, is that one never really feels at home, even when at home.

Which, I suppose, ironically describes the lives of these mobile persons anyway.

As for me…this past year, my entire life has been contained in one suitcase (and a carry-on), which traveled with me wherever I went.  Wherever my suitcase was, was home, at least for a brief period of time. Yet the very presence of the suitcase also underscored that each place I stayed at was by no means Home.

What a life! What a year it’s been! 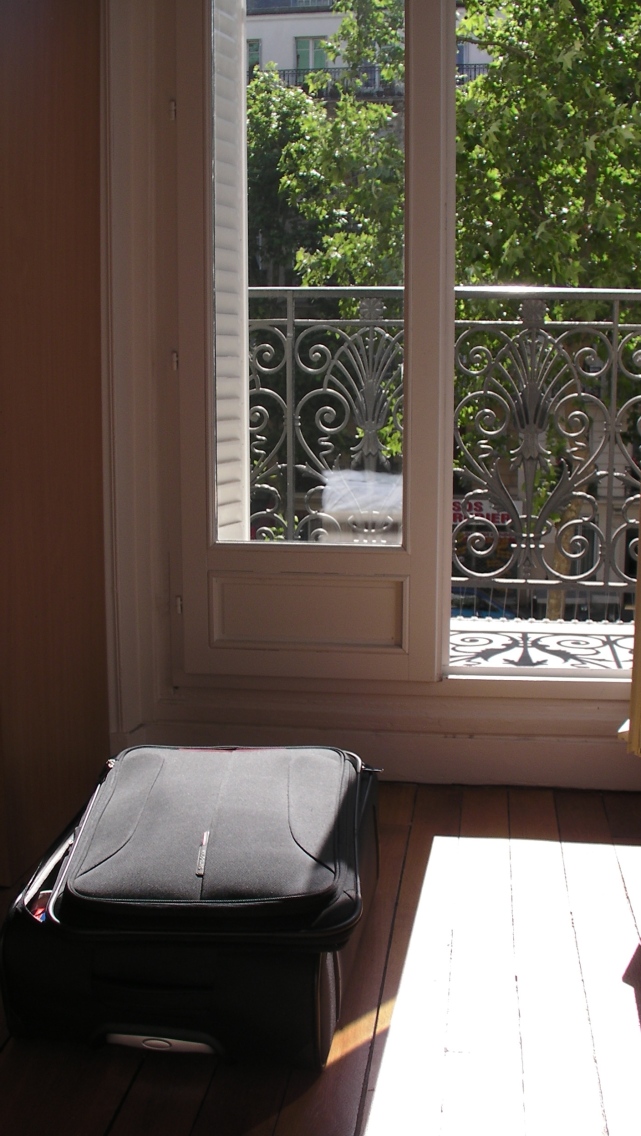 I am a wandering cityophile and pattern-finder who is pathologically incapable of staying in one place for any long period of time. When I do, I see the place from different perspectives, obsessive-compulsively.
View all posts by Kennie Ting →
This entry was posted in Cities & Regions, Home, Sociology & Urban Studies, Travel & Mobility. Bookmark the permalink.

1 Response to Home is an In-between Place