Home is a State of Mind

“There’s no place like home” because home is a state of mind.  More specifically, home is Jay-Zee’s multi-platinum, Grammy-award winning track, Empire State of Mind.

While I was interviewing another friend of mine on what his experience was like relocating to and making a new home in Dubai, Empire State of Mind suddenly strikes up in the restaurant we were sitting in.  My friend stops in mid-sentence and raises his hands up to the sky. He says:

“Sorry! I just love this song! I think it’s phenomenal.  Every time I listen to it, I feel Dubai is not my home, it’s New York.  And I’ve never even lived there!”

Times Square – that iconic, iridescent piece of neon-drenched real estate, propagated by Hollywood and replicated by other major cities in the world, figures largely in our imaginations as THE proverbial big city, with THE proverbial bright lights.

Move aside Emerald City: what Dorothy was really bound for, was New York, the city with the biggest, baddest bling, shimmering in psychedelic Technicolor.

And so too all the young persons that get down and dirty on the dance-floor all over the world, where the sudden appearance of Empire State of Mind, like a posing, petulant celebutante, never fails to get the entire heaving mess of people screaming, whooping and gyrating along to the rhythm, a few hundred hands way up in the air.

All together now: “New York!!  Concrete jungle where dreams are made of!!” 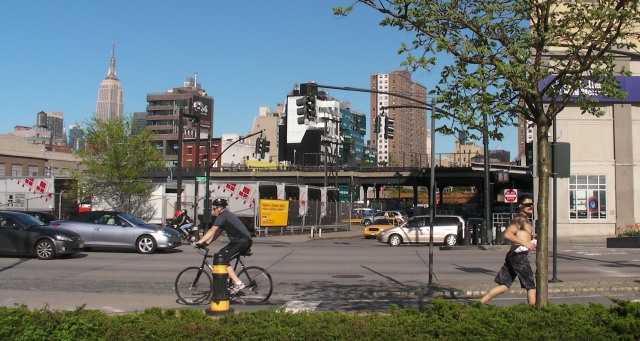 I am a wandering cityophile and pattern-finder who is pathologically incapable of staying in one place for any long period of time. When I do, I see the place from different perspectives, obsessive-compulsively.
View all posts by Kennie Ting →
This entry was posted in Home, Sociology & Urban Studies, Travel & Mobility and tagged Cities, Empire State of Mind, Home, New York, State of Mind. Bookmark the permalink.