The Art Deco facades of The Imperial, Delhi. Unfortunately, due to widening of Janpath, it is no longer possible to get a full frontal view of the hotel’s facade.

In Delhi, I had the splendid opportunity to stay at not one, but two of the city’s historic grand hotels.

The first, was, of course, Hotel Imperial (today’s The Imperial, New Delhi), Delhi’s modern and luxurious hotel establishment, the equivalent of the Raffles Hotel in the Indian capital.

It has, of course, hosted its share of heads of state, royalty, celebrities and writers in its time; and it is undisputedly, one of the most atmospheric hotels in the city, whatwith its splendid collection of historic furniture and art, displayed in the endless corridors and public spaces.

It is conveniently located in the centre of New Delhi, and has marvellously nostalgic bars and restaurants in which one can ensconce one’s self and lose one’s self for hours on end.

The other grand hotel is the equally historic, and somewhat older Maiden’s Hotel Delhi.  Established in 1902 in its present location, and carrying the original name of the Metropolitan Hotel.

It was the grand hotel predating Hotel Imperial, receiving a Royal Warrant of Appointment to the British Monarch (as its luggage label attests), alongside another grand hotel that will feature later in this Grand Tour – Faletti’s Hotel in Lahore.

Today, the hotel is a quaint reminder of a time when Civil Lines was the centre of colonial society. It is not easy to get to, and thus, not quite the best option in terms of convenient accommodation.

It does provide, however, a somewhat charming (if a little more basic – if we use The Imperial as a benchmark) sojourn. 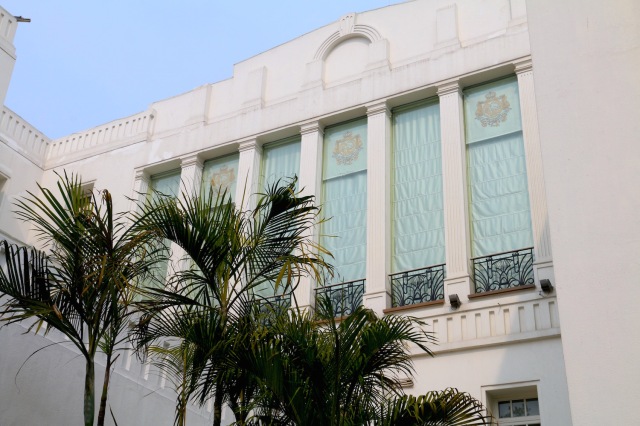 Close-up of the facade of The Imperial Delhi. 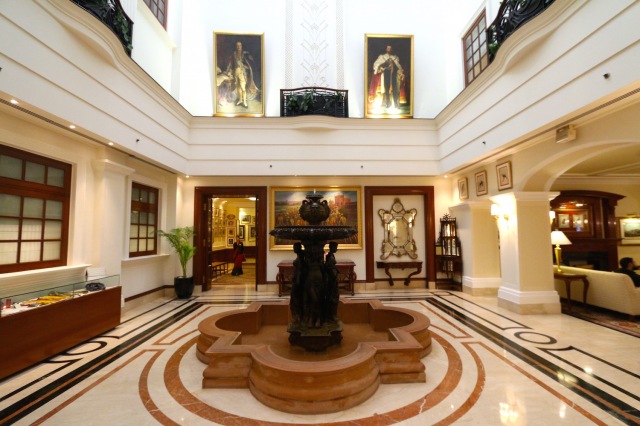 The Fountain Court, The Imperial. 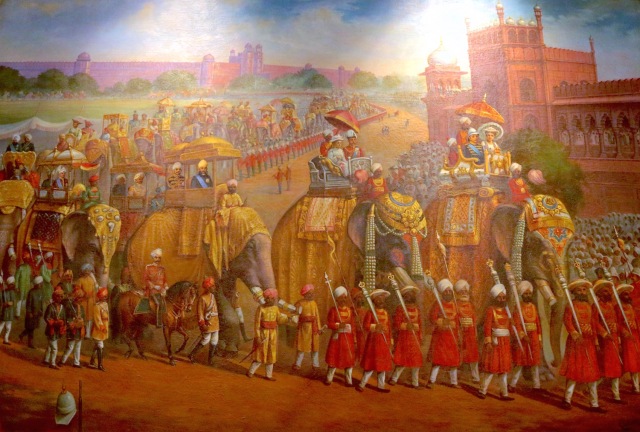 Oil painting of the Delhi Durbar.

View up the Fountain Courtyard – note the Art Deco fluorishes. 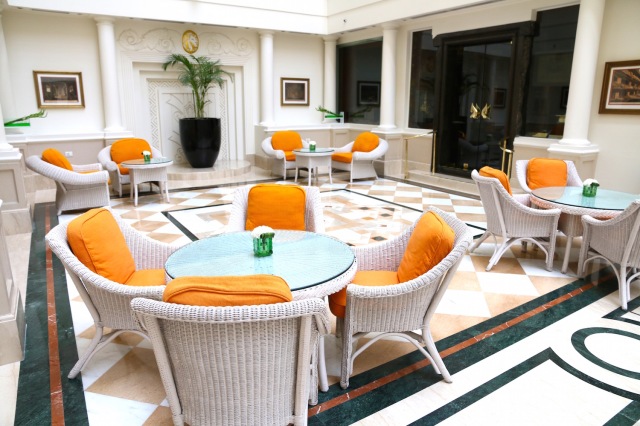 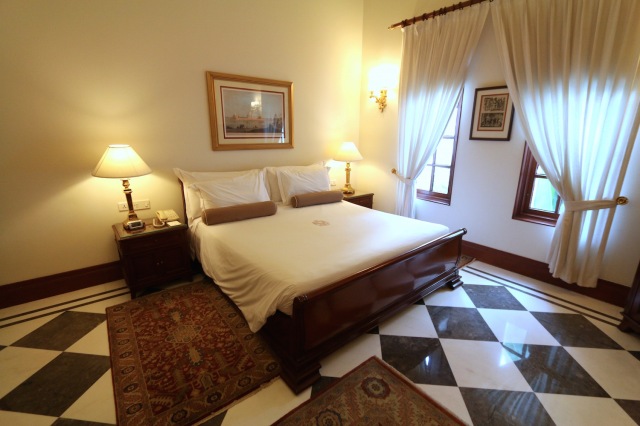 Breakfast is at the 1911 Restaurant. 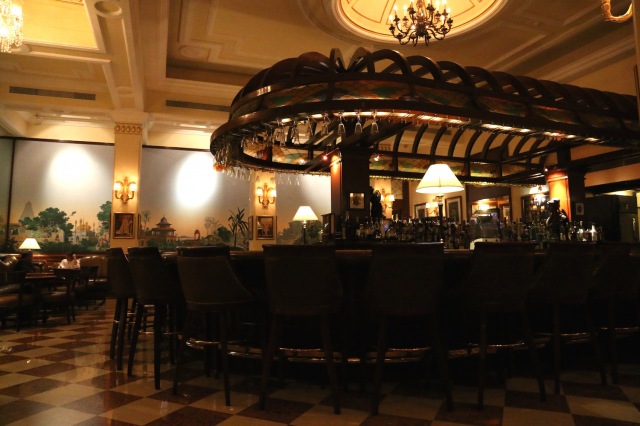 The marvellously cosy Patiala Peg – the Royal Bar, on the second floor. 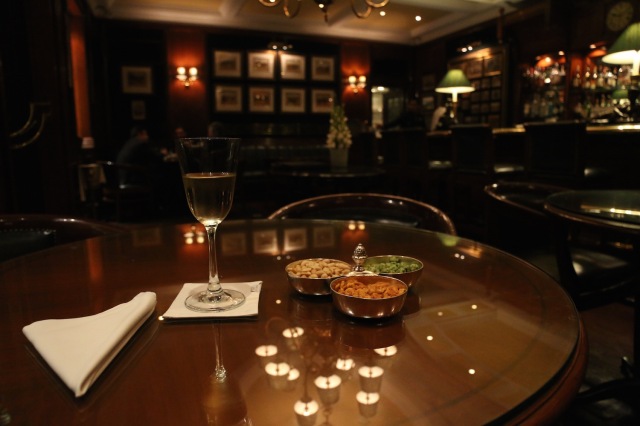 Wandering around the second floor.

One of the ante-lobbies to the Royal Ballroom, the original ballroom, opened in the 1930s with the Hotel. 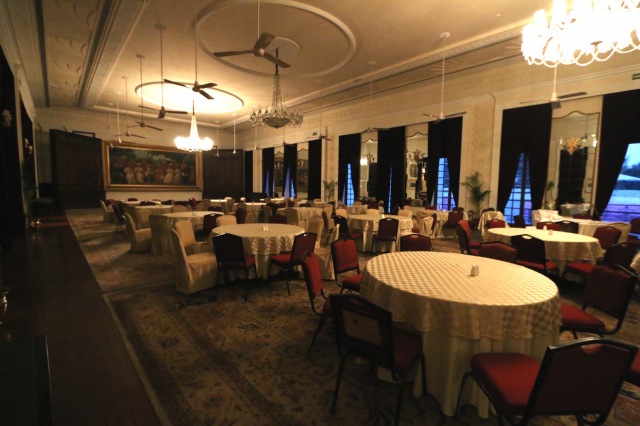 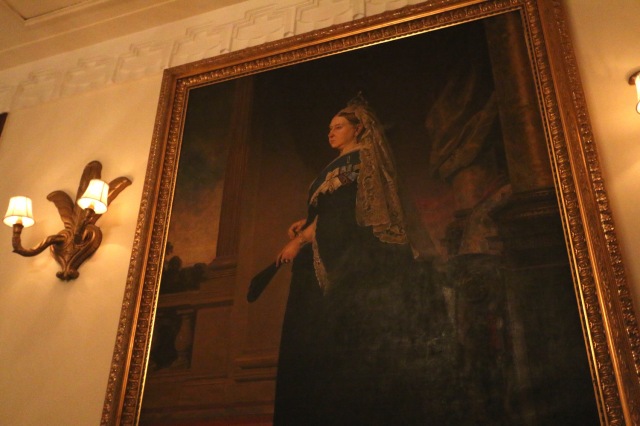 Portrait of Queen V at the other ante-lobby to the Royal Ballroom. 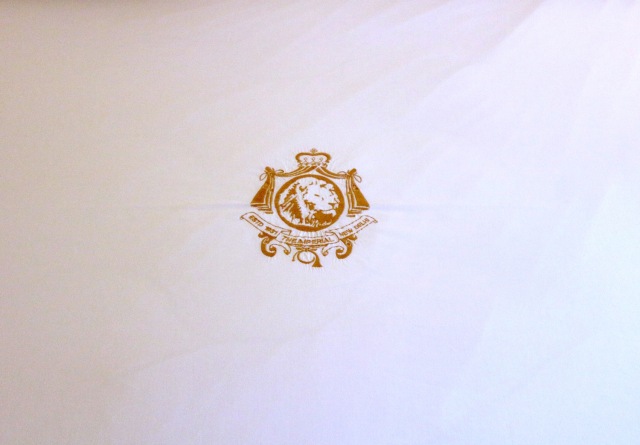 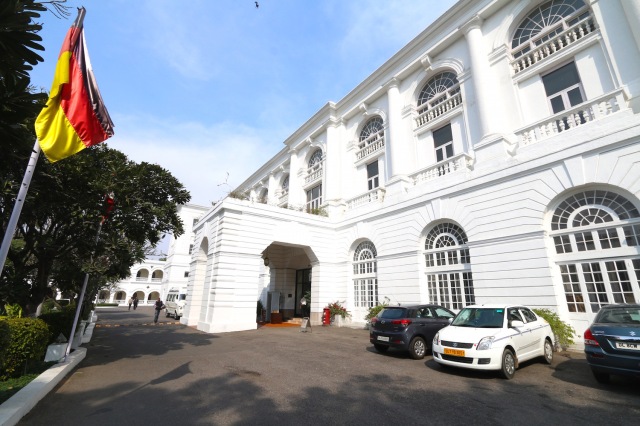 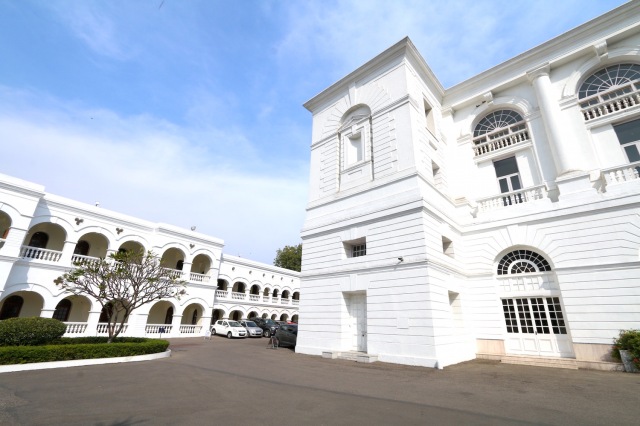 Main and side wing. 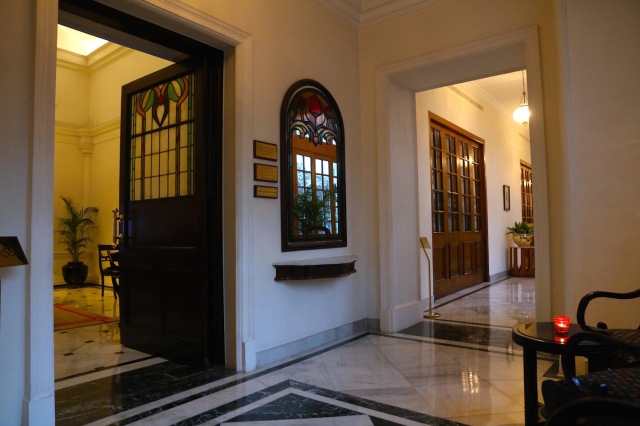 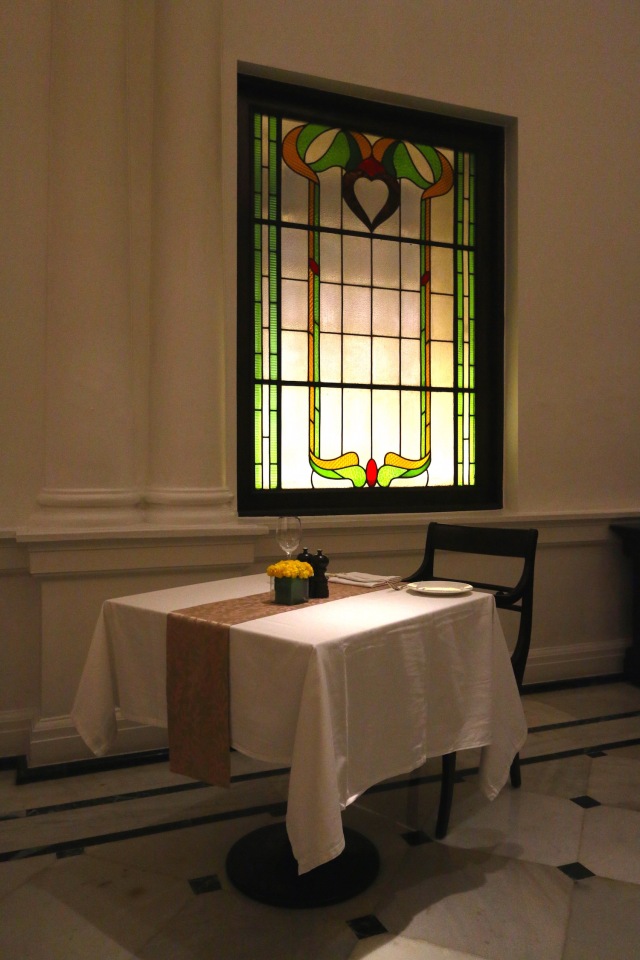 Next stop on the Grand Tour – Agra. 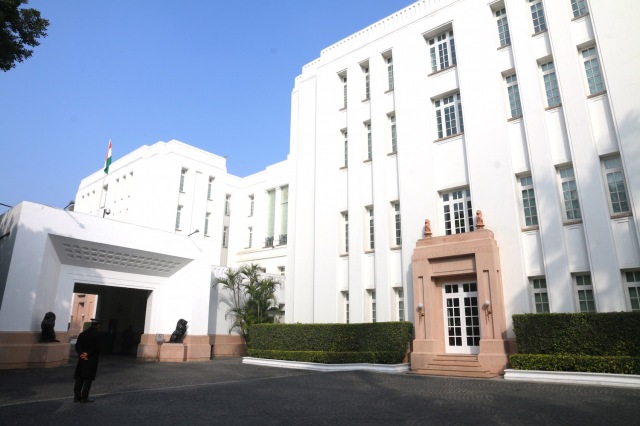 I am a wandering cityophile and pattern-finder who is pathologically incapable of staying in one place for any long period of time. When I do, I see the place from different perspectives, obsessive-compulsively.
View all posts by Kennie Ting →
This entry was posted in Art & Architecture, Cities & Regions, Culture & Lifestyle, Heritage, India, Landmarks & History, Sociology & Urban Studies, Travel & Mobility and tagged British Raj, Colonial Architecture, Delhi, Grand Hotels, Heritage, History, Hotel Imperial Delhi, India, Maiden's Hotel Delhi, New Delhi, Port and Princely Cities of the Subcontinent, The Grand Tour, The Imperial Delhi. Bookmark the permalink.