Fort Cochin doesn’t have a grand hotel in the tradition of the Grand Tour of the East, but it does have a quaint little gem of a boutique heritage hotel by way of Le Colonial.

Nominally managed by the Neemrana Group, this property is actually privately owned and managed. I had the privilege of meeting and (briefly) hanging out with the owners of the property when I was there…more than a year ago now.

The building the hotel occupies is possibly the oldest European colonial building in Asia. It dates from 1506, just a few years after the Portuguese arrived on these shores, and a mere three years after St Francis Church, just next door, was erected. Vasco da Gama and St Francis Xavier supposedly resided in this very house.

The building was the Portuguese Governor of Cochin’s private residence, and its architecture is primarily Portuguese. It sits just off the northeast corner of the Parade Ground and from there, it is easy to get to anywhere in central Fort Kochi on foot.

In the Dutch era, the VOC destroyed practically all the Portuguese buildings in the Fort, except for the St Francis Church, and a few others, including “Le Colonial”. The property fell into the hands of the Dutch Governors of Cochin until it was sold in 1795 by Jan van Spall. The original sales deed can be seen framed in the house.

In the British period, the house was sold in the mid 20th century to the tea trader, J Thomas who used it as a residence.  In 2004, the building was restored, refurbished and re-opened as a boutique hotel. A swimming pool was installed in the courtyard.

Le Colonial made for a restful and nostalgic stay. The interiors of the property are beautifully furnished with antique furniture and works of art and the rooms wonderfully appointed.  I was very well taken care of by the Manageress of the hotel, who, every evening, had the chef whip up a custom-made and very yummy dinner.

All in all, I had a wonderful time here. 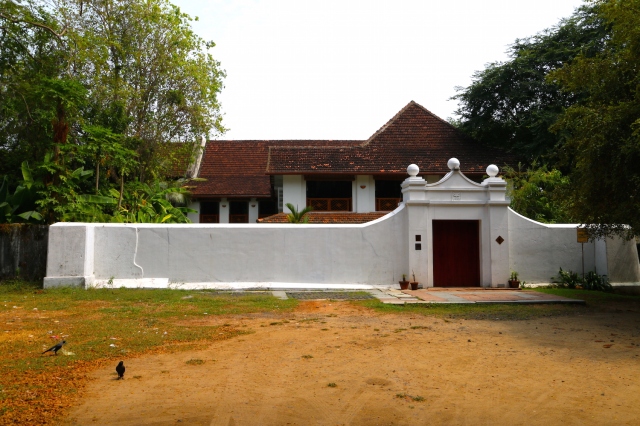 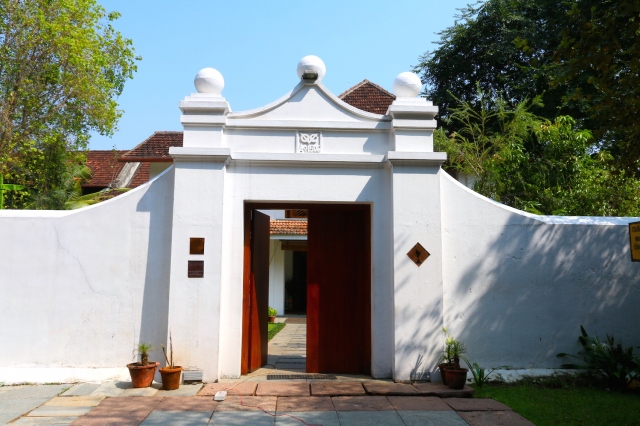 The Dutch apparently placed the V.O.C. logo over the gateway to Le Colonial, with 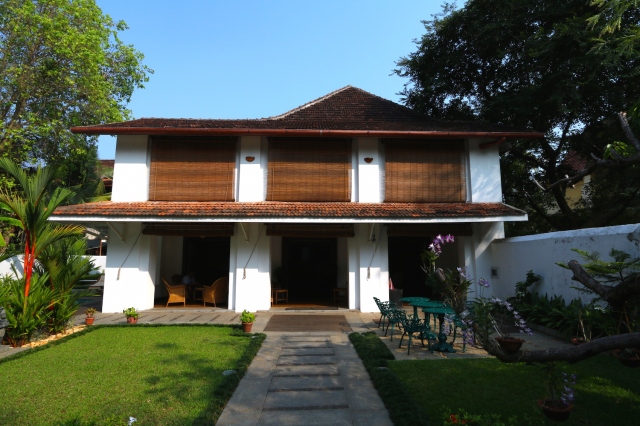 View towards the main building, with its ground floor and second floor balconies. 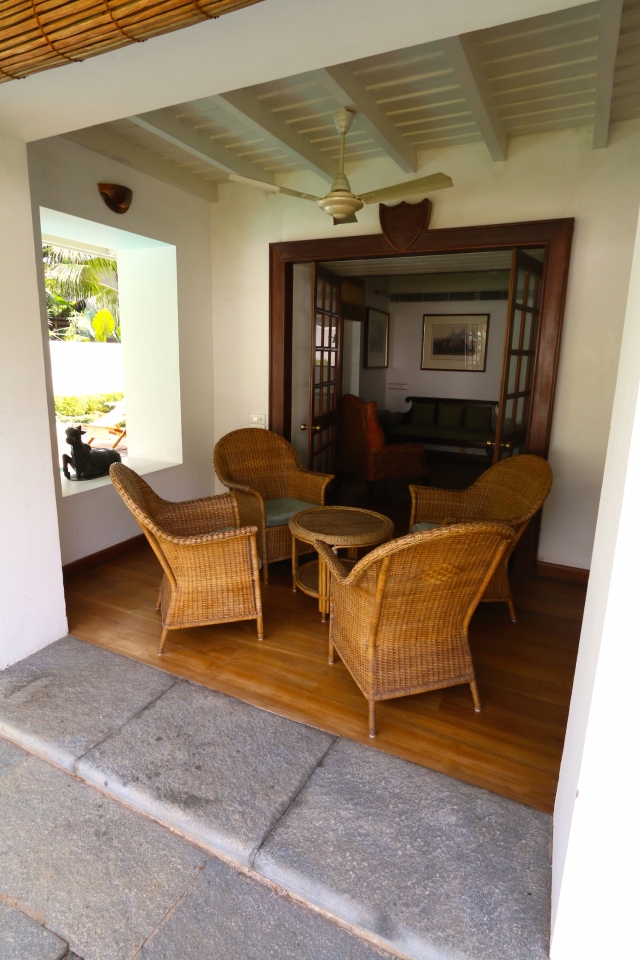 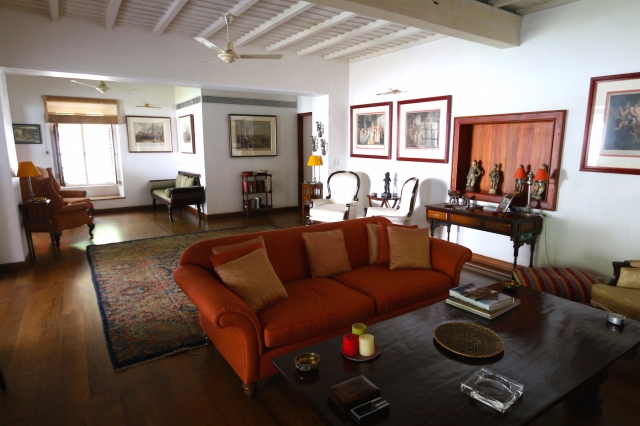 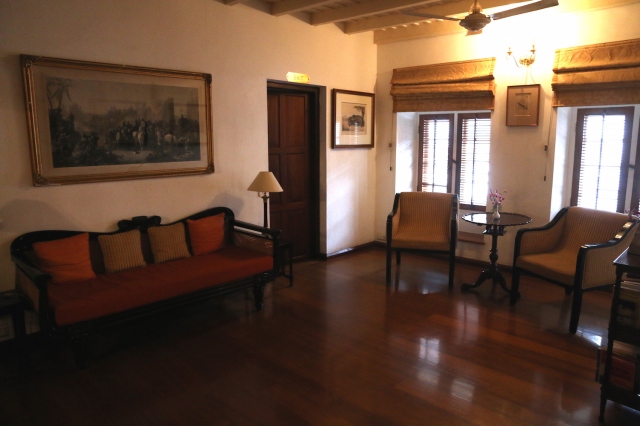 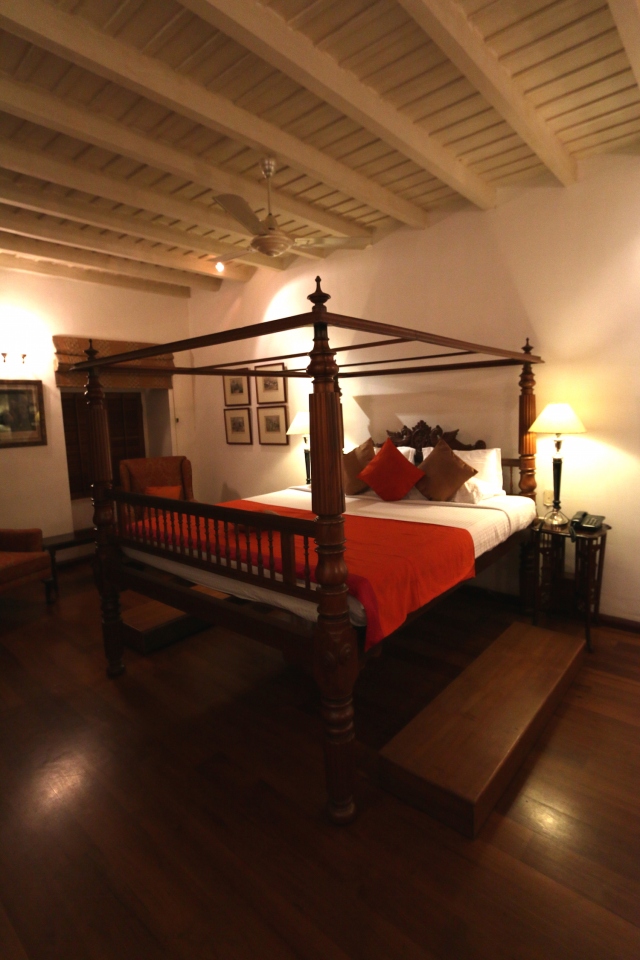 Four-poster bed in my wonderfully-appointed bedroom. It was so high one needed a step to clamber atop it. 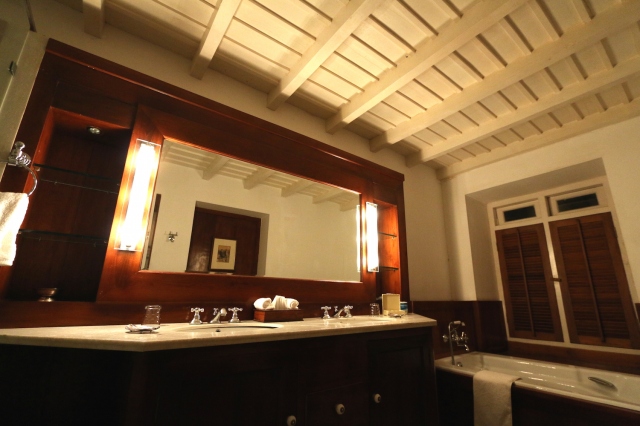 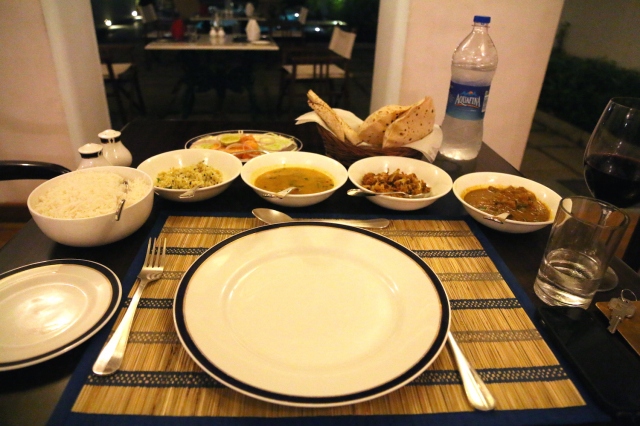 Delicious dinner of Keralan specialities each evening, specially concocted by the chef. 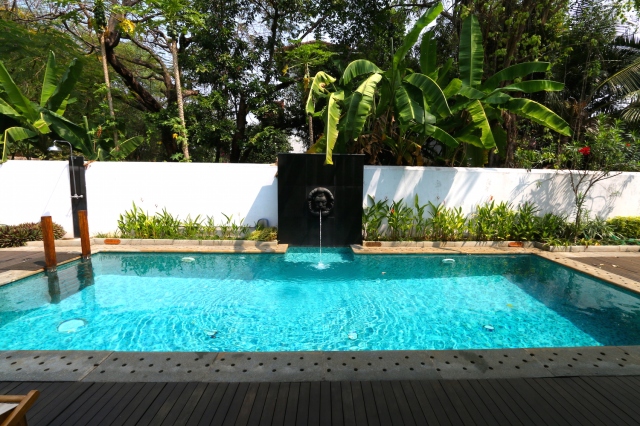 The jewel-like swimming pool provided respite from the heat. 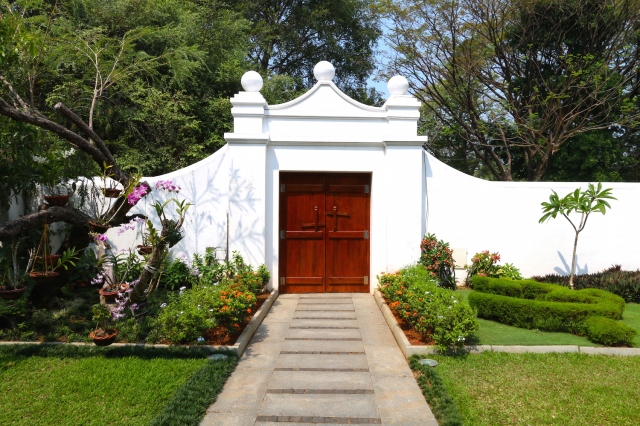 …and the gardens were also beautifully tended to. 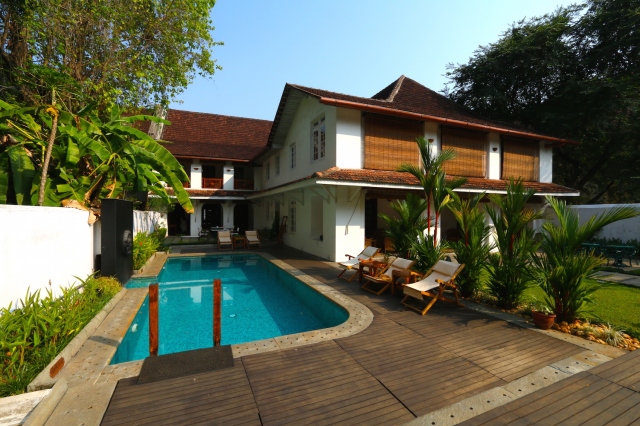 For more information refer to the Le Colonial website at: http://www.neemranahotels.com/le-colonial-cochin-kerala/history/about-us.html

I am a wandering cityophile and pattern-finder who is pathologically incapable of staying in one place for any long period of time. When I do, I see the place from different perspectives, obsessive-compulsively.
View all posts by Kennie Ting →
This entry was posted in Art & Architecture, Cities & Regions, Culture & Lifestyle, Heritage, India, Landmarks & History, Photography, Travel & Mobility and tagged Architecture, Cochin, Fort Cochin, Fort kochi, Grand Hotels, Heritage, History, Jan Van Spall, Kochi, Le Colonial, Port and Princely Cities of the Subcontinent, The Grand Tour, Travel. Bookmark the permalink.