Sanskrit College is the oldest college in Benares, established in 1791. This entrance gateway was a gift from the Babu DFO Narayan Singh in 1849, and is a wonder of Indo-Saracenic architecture.

Further inland from the river, beyond the ghats, lie two different parts of Benares. The first is its sprawling, bustling old town; the second, lying even further afield, is the Cantonment, built by the British when they too, found their way here in the 1800s.

This gallery provides a glimpse into the hustle and bustle, and the eclectic architecture of the old town west of Shivala Ghat; as well as some of the major monuments that still remain in Benares Cantonment, particularly along Mall Road and Nadessar Road.

Unfortunately, of the buildings remain unnamed and unlabelled.

Commercial structures in the Old Town.

Art Deco in the Old Town – fusing elements of local and European architecture.

Beautiful Mughal-style building with arches and latticed balconies. The Arabic script marks this out as a Muslim establishment.

Another magnificent though crumbling building in a Mughal style.

Another example of a shophouse style commercial building. 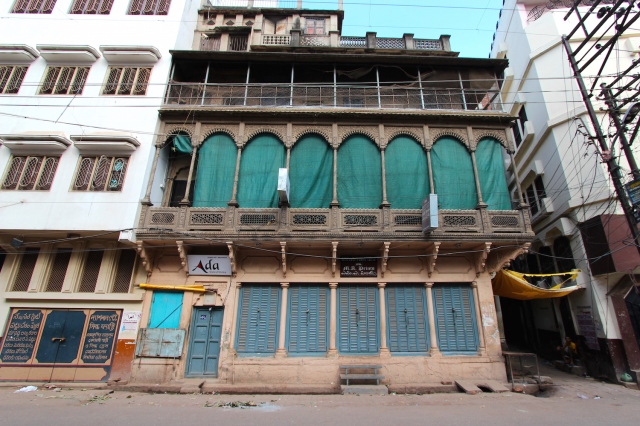 A third example of a shophouse building with protruding balconies in a Mughal style.

Just across from it is a stately home.

A street of once-stately residences 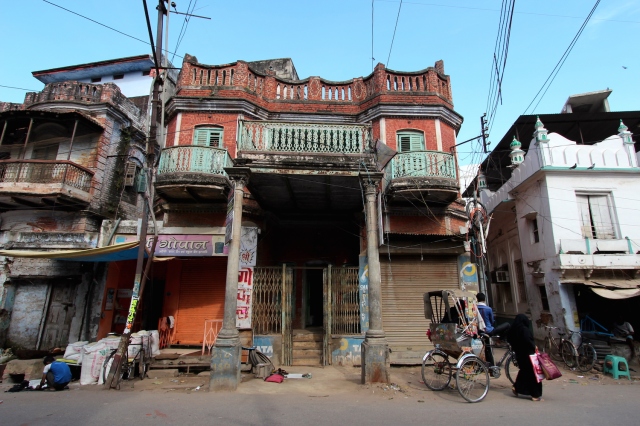 Close-up of one of these residences.

Judging from the small minaret to the right, this was probably formerly a mosque. 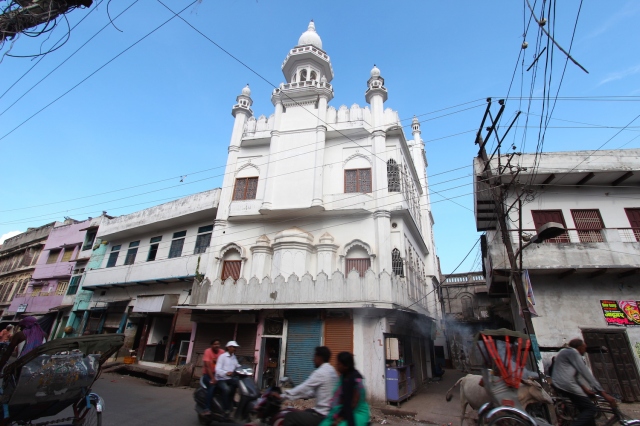 The New Hotel Broadway is a European-style hotel in the Old Town. 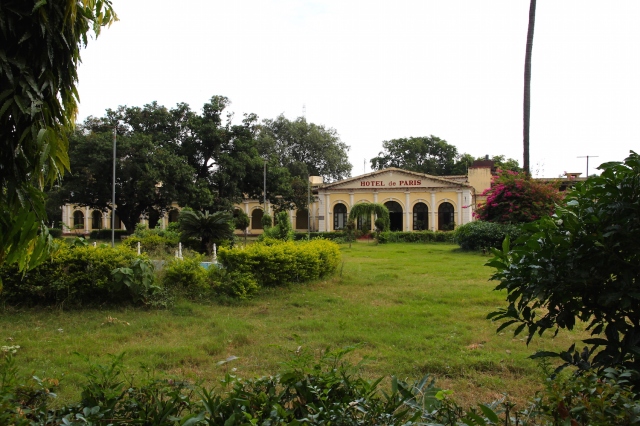 The former Hotel de Paris, off Mall Road is now disused and empty.

Just across from the Hotel de Paris stands a magnificent church, now disused and its grounds overgrown. You can just about see the church spire and a bit of the foundations here. 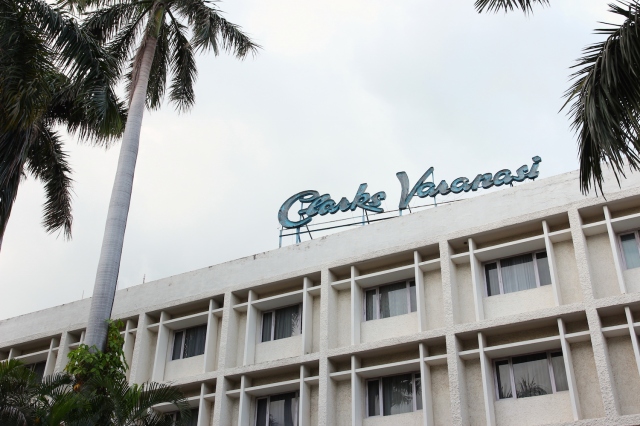 The Clarks was one of the more reputable historic hotels in Benares. It stands on Mall Road. 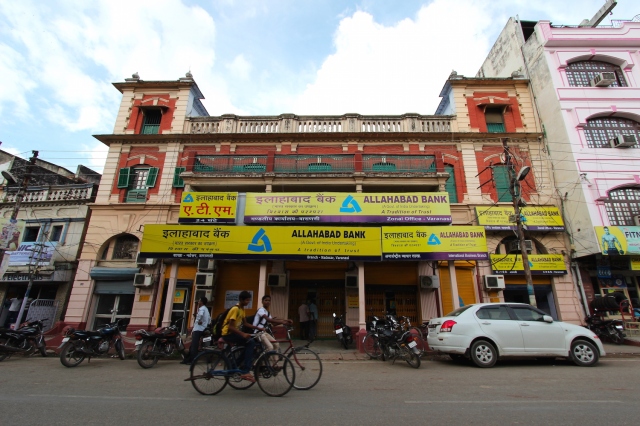 Nadessar Road plays host to a row of commercial buildings, including the Allahabad Bank building. 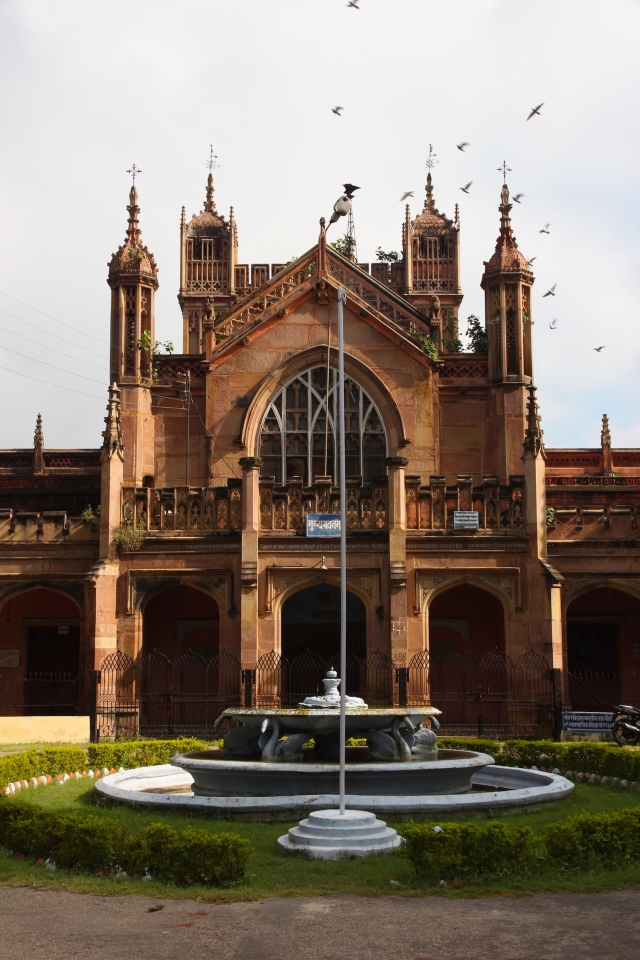 I am a wandering cityophile and pattern-finder who is pathologically incapable of staying in one place for any long period of time. When I do, I see the place from different perspectives, obsessive-compulsively.
View all posts by Kennie Ting →
This entry was posted in Art & Architecture, Cities & Regions, Culture & Lifestyle, Heritage, India, Landmarks & History, Photography, Sociology & Urban Studies, Travel & Mobility and tagged Benares, Cantonment, India, Old Town, Port and Princely Cities of the Subcontinent, The Grand Tour, Varanasi. Bookmark the permalink.