View of the Manhattan Skyline and the Empire State Building, from the East River Ferry

Manhattan in 12 Streets was meant to be an extension of my other insane street photography project, 100 Ways To See… A Street, which was a means of exposing the amazing complexity of one single street in New York – my street, where I lived.

After having completed 100 Ways and having been featured in Brooklyn’s The L Magazine, as well as mentioned in The Village Voice (albeit in passing and online), I thought I could take my obsession with complexity one step further with New York, specifically Manhattan, as my canvas.

When I started it in June 2012, I had no idea that in a mere four months time, I would be moving away from New York for good.  And so most of those last four months, were spent taking enough shots such that I would actually be able to finish the project, i.e. present 12 Streets in Manhattan.

From a means of exploring the complexity of the city I called home at the time, the project then became a way for me to hold on to this city, even as I moved halfway across the world (to Singapore).  So while I only stayed physically in New York for about 2 years (and that too is an iffy count since I concurrently called London home), I now consider myself having been a resident of the city for 3: 2 actual, 1 virtual.

Home as an idea, holds a particular fascination for me because of how I have somehow managed not to ever be in one home – physical or geographical – for more than a few years at a time.

Manhattan in 12 Streets was thus a coming home of sorts, in two ways.

Through exploring Manhattan in such depth, I came to better appreciate New York City: a city I never quite warmed to the whole time I called it home. I began to understand how it was a microcosm of different cultures, worlds, times and histories; and because it was all of these, it holds and would always hold a special place in the minds of New Yorkers and the rest of the world, us less-fortunate non-New Yorkers.

The process of putting out my chapters, regularly, without fail, on this blog, also helped ease me into life back in Singapore. I had the privilege of re-experiencing the city once a month for the 8 months after I had left, each time seeing something completely new that I had forgotten about.  In that way, any lingering emotion I had for the city was given an avenue to be thoroughly cathartized, and I’m now ready to move on.

So goodbye then, New York City, now well and truly, once my home.  And Singapore, its time to start afresh with you. 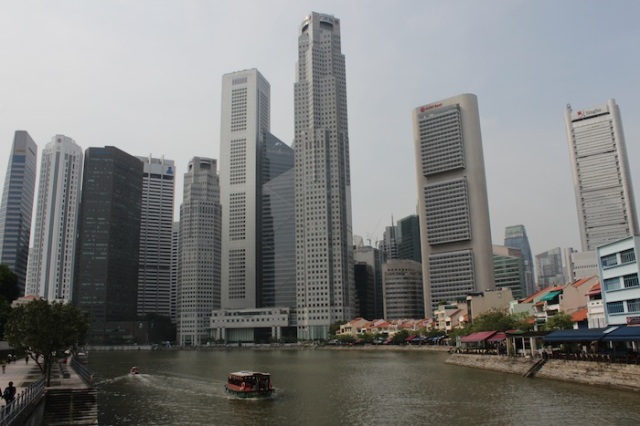 I am a wandering cityophile and pattern-finder who is pathologically incapable of staying in one place for any long period of time. When I do, I see the place from different perspectives, obsessive-compulsively.
View all posts by Kennie Ting →
This entry was posted in Art & Architecture, Cities & Regions, Culture & Lifestyle, Home, Landmarks & History, New York, Photography, Singapore, Sociology & Urban Studies, Travel & Mobility and tagged Empire State, Epilogue, Home, Lion City, Manhattan in 12 Streets. Bookmark the permalink.