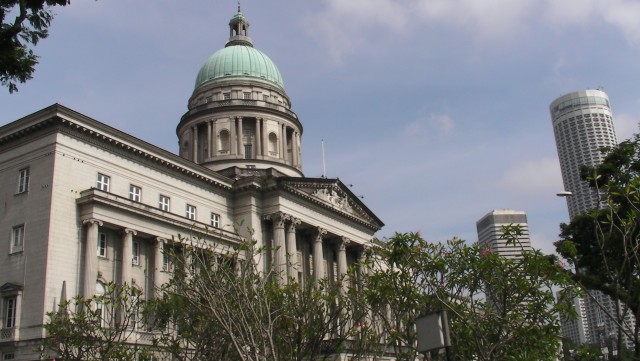 “’No, Jim, that’s not what the Singapore Grip is,” cried Matthew, his eyes flashing more than ever. ‘I know what it is! It’s the grip of our Western culture and economy on the Far East… It’s the stranglehold of capital on the traditional cultures of Malaya, China Burma, Java, Indo-China and even India herself! It’s the doing of things our way… I mean, it’s the pursuit of self-interest rather than of the common interest!”  – J. G. Farrell, The Singapore Grip

So this is it.  This is the very last stop of my Grand Tour of Southeast Asia – Singapore, my very own hometown.

It’s hard to be objective when you’re writing about your own hometown. You’re either stingingly sarcastic, or gushingly sentimental, so that either way, whoever’s reading the supposed exposé can’t get beyond the emotions on the page to the facts of the matter. 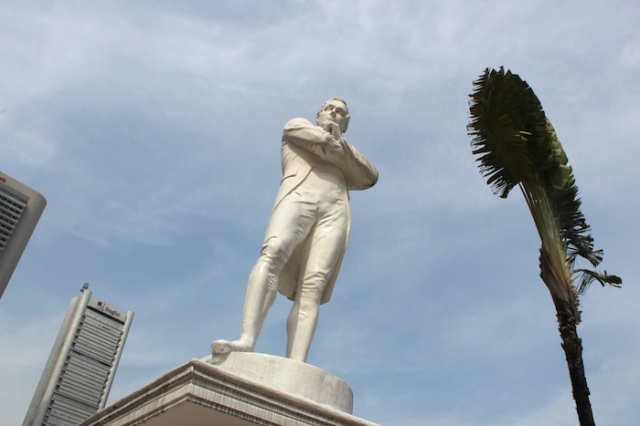 In a pensive mood, with his colonial capital behind him, and a traveller’s palm to keep him cool.

Singapore was founded on the gilded sheen of capital, or “colonial capital,” to be precise.  Raffles took one look at the island and saw what it was nobody else before him could see.  Here, he thought to himself, shall sit the Grandest Emporium the Far East, nay the World (!) had yet known.

He was right. Singapore became quite literally, the colonial capital of Southeast Asia at the turn of the 19th century.  And it hasn’t slipped up since.

Today’s Singapore still regards its colonial capital status with the utmost seriousness; which is to say that it has managed to retain its reputation as the Grandest Emporium of the Far East – nothing less and nothing more.

The local authorities, taking over from where the British left off, have very shrewdly put in place an economic development approach that capitalises on Singapore’s heritage; that exploits its “colonial capital,” so to speak.  It isn’t merely that colonial-era policies of maintaining a free port and entrepot status are still in place; it is that the Singaporeans have managed to turn around everything that is colonial and put it to their (economic) advantage.

Colonial, it seems (and I elaborate on this in detail in my book), equals consumption and banking in the contemporary colonial capital of Singapore.

But (despite my inevitable lapsing into cynicism,) that isn’t a bad thing on its own, really.  The fact remains that Singapore is the best place in the region, nay the world, to get an authentic taste of the colonial life; to experience the splendour of a world lost everywhere else in the world but here.

Three cheers to Singapore… (still) the Colonial Capital of the Far East. 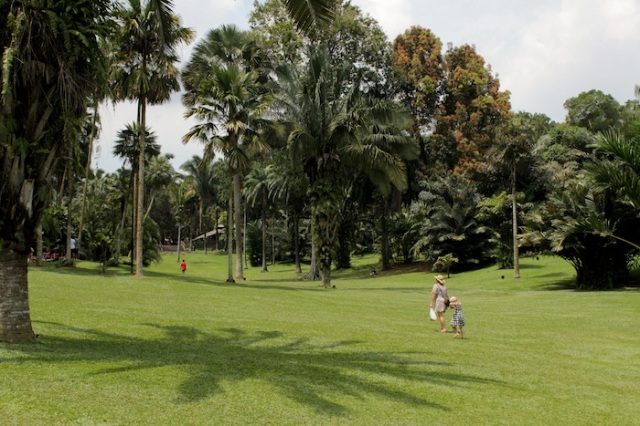 The colonial still lives on in this view of Palm Valley, at the Singapore Botanic Gardens.

I am a wandering cityophile and pattern-finder who is pathologically incapable of staying in one place for any long period of time. When I do, I see the place from different perspectives, obsessive-compulsively.
View all posts by Kennie Ting →
This entry was posted in Art & Architecture, Cities & Regions, Culture & Lifestyle, Landmarks & History, Literature & Philosophy, Photography, Singapore, Travel & Mobility and tagged Colonial Capital, Raffles, Singapore, Stamford Raffles, The Grand Tour, The Grand Tour of Southeast Asia. Bookmark the permalink.