“[t]he City… a universe of rented spaces haunted by a nowhere or by dreamed-of places.” – Michel de Certeau, The Practice of Everyday Life

The name itself is laden with so much meaning, and so much history… the Harlem Renaissance… W. E. B. DuBois… Langston Hughes… Malcolm X… Marcus Garvey… Duke Ellington… The Cotton Club… The Apollo Theater. 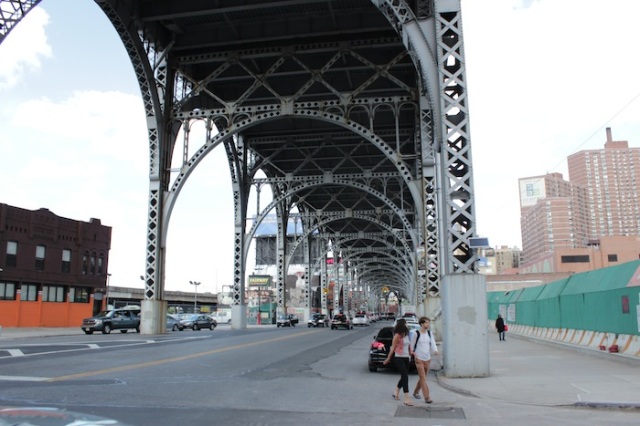 Everyday life here is becoming like everyday life elsewhere in Manhattan, and elsewhere in the United States. In parts of Harlem, one may be forgiven for thinking oneself lost in a middle America suburb.  Harlem isn’t gentrifying, as much as genericising – becoming generic, ordinary, banal.  It’s losing its edge and character.

The Tale of 125th Street begins to the west of the island, where the street is the boundary between the relatively wealthy and white Morningside Heights, now considered part of the Upper West Side, and Manhattanville, which is slightly more of the same, except there a few blocks of public housing here.  This whole area seems detached from Harlem in general, so different is the landscape with its squeaky clean waterfront, family restaurants and three bridges.

Past Broadway the landscape shifts to become something slightly more familiar.  Echoes of the past – when Harlem was Haarlem – remain here; as do the street’s greatest concentration of places of worship. It’s a fantasy-world of clean, green streets and holiness, overshadowed by the hulking brick mass of the General Ulysses S. Grant Houses – a public housing project. 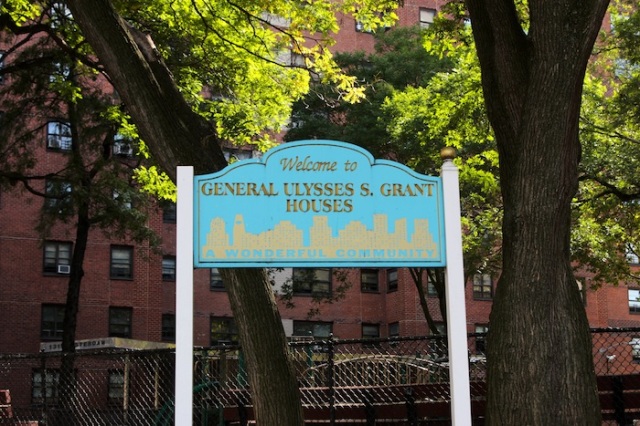 The real Harlem stands up between 8th Avenue, or Frederick Douglass Boulevard, and 7th Avenue, or Adam Clayton Powell Boulevard, where the iconic Apollo Theater sits.  This is the heart of Harlem, all pulsating heart and pulsing rhythm.  Here is where one comes to soak up the spirit of Harlem – in a Disneyland sort of way.

Past 7th Avenue, a kind of illusion sets in where Harlem becomes Weehawken, or some other suburb in middle America. Here proliferate the banal symbols of corporate, consumerist America, presided over by the Starbucks – Body Shop – H & M triumvirate.  Here lies Harlem Genericised / Gentrified – a landscape of shiny malls and condominiums, and characterful tenements about to be demolished to make way for shiny malls and condominiums.

Finally, just past 3rd Avenue, a kind of torpor or disillusion sets in.  Shiny prefab walls give way to crumbling turn of the century facades; as if to say… yeah, we’ve seen it all, and this is what’s goin’ happen in the end, anyway.  Things look a little down here, and it don’t get up.  The Robert F. Kennedy Bridge looms at the very end of the walk, offering redemption that is just out of reach, like a cruel joke.

I am a wandering cityophile and pattern-finder who is pathologically incapable of staying in one place for any long period of time. When I do, I see the place from different perspectives, obsessive-compulsively.
View all posts by Kennie Ting →
This entry was posted in Art & Architecture, Culture & Lifestyle, Landmarks & History, New York, Photography, Sociology & Urban Studies and tagged 125th Street, Generic Harlem, Gentrification, Harlem, Manhattan, Manhattan in 12 Streets, New York. Bookmark the permalink.