32 – No 16, with its Neo-Roman detailing. One of four houses built by landowner Henry Brevoort Jr for his children in 1844.

11th Street between 5th and 6th Avenues was described by Jane Jacobs as a “dignified and interesting street” to walk on, because of the diversity of uses and ages of the buildings here. Today, most of this block and its adjoining one feels rather eerie constituted, as it were, with historic, turn-of-the-century townhouses looking beautiful and elegant, but somewhat trapped in time. Sitting squarely within the Greenwich Village Historic District, the neighborhood has also been cleaned up so well that it smacks of Disneyland.

Two haunting landmarks can be found here: the Second Cemetery of the Spanish and Portugeuse Synagogue, the City’s smallest cemetery, harboring the bones of its Sephardim dead; and the St Vincent’s Hospital, the main hospitals where survivors from the Titanic and more recently, the September 11th Terrorist Attacks, were taken for treatment. Who knows, the souls of these tragic dead may still be here, trapped in Limbo, unable to pass Beyond. 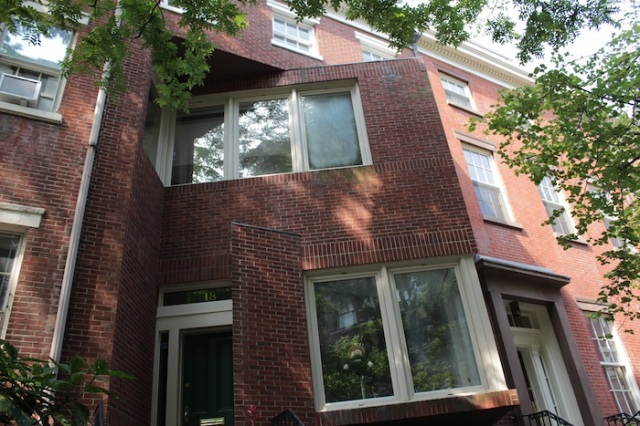 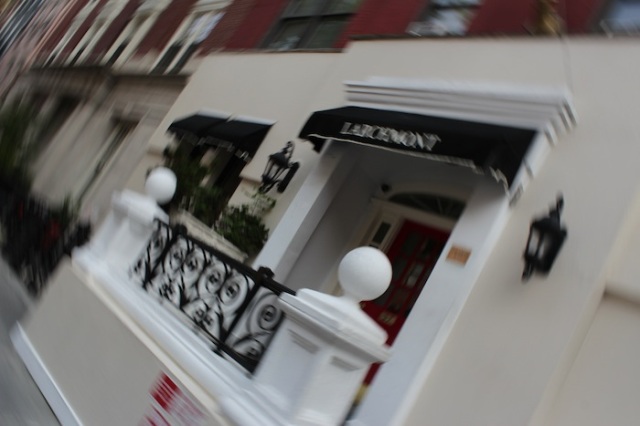 34 – The Larchmont Hotel: captured inadvertently in the form of a vortex.

36 – Second Cemetery of the Spanish and Portuguese Synagogue.

38 – St Vincent’s Catholic Medical Center, where the souls of the Titanic and 9/11 dead still linger.

39 – A triangular building flanked by 11th St and Greenwich Ave. It looks like a barrier separating the souls of the living from the dead. It also marks the end of 11th Street’s straightforward path.

I am a wandering cityophile and pattern-finder who is pathologically incapable of staying in one place for any long period of time. When I do, I see the place from different perspectives, obsessive-compulsively.
View all posts by Kennie Ting →
This entry was posted in Art & Architecture, Landmarks & History, New York, Photography and tagged 11th Street, 5th to 7th Avenues, Greenwich Village Historic District, Jane Jacobs, Limbo, Manhattan in 12 Streets, Second Cemetery for the Spanish and Portugeuse Synagogue. Bookmark the permalink.