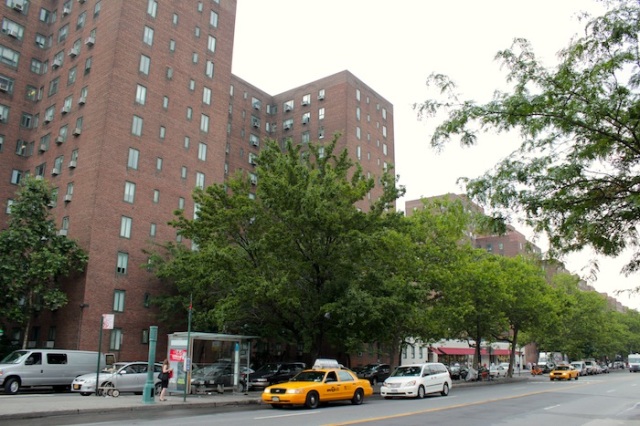 7 – North of the border: Historic post-war apartment blocks, built to house middle-income families and veterans of the World War II.

North of 14th Street sits one of the most iconic and architecturally imposing private housing projects in New York City – Stuyvesant Town. Named after Peter Stuyvesant, the last Director-General of the Dutch colony of New Amsterdam, the complex opened its first building in 1947, as part of a larger post-war urban renewal plan.  The estate is immense, stretching from 1st Avenue to Avenue C, and from 14th street to 20th street. 35 red brick apartment buildings house more than 8000 apartments, making this a sort of mini-city.

What is interesting about Stuyvesant Town was how “yuppie” it feels, despite the hideous, monotonous architecture, presenting a stark contrast to the depressed but colourful streetscapes just across the street. Through tree-lined sidewalks, young urban professionals in suits and office attire headed east, towards the 1st Avenue subway station, on their way to work.  Many of them walked straight ahead determinedly, without ever turning their heads left, as if to say there, across the border of 14th Street, is another world altogether.

In this section – part II of the walk from Avenue C to 1st Avenue – I adopt a slightly idiosyncratic and tongue-in-cheek approach, juxtaposing scenes north and south of the 14th Street border, not in the order I walked by them, to highlight the differences financial, architectural, and inadvertently, ethnic between these two sides of the same coin. 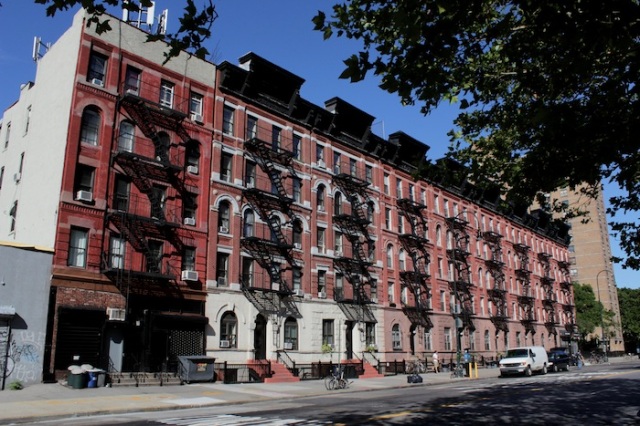 8 – South of the border: Historic Tenements, built in 1890 as one of the first large-scale housing developments for immigrants. 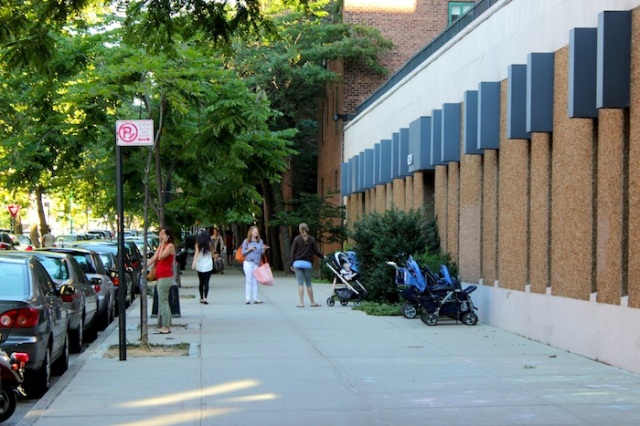 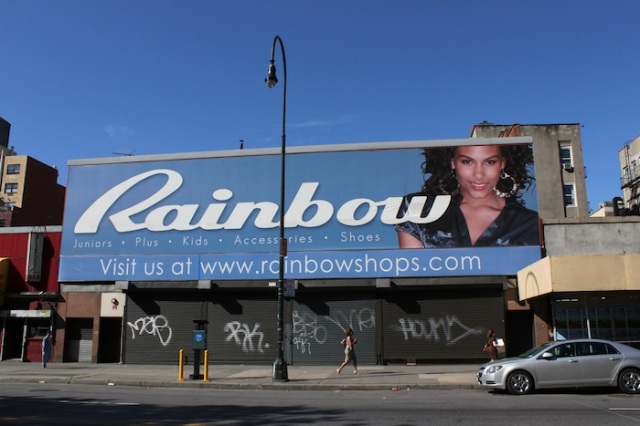 10 – South of the Border: Power-dressing 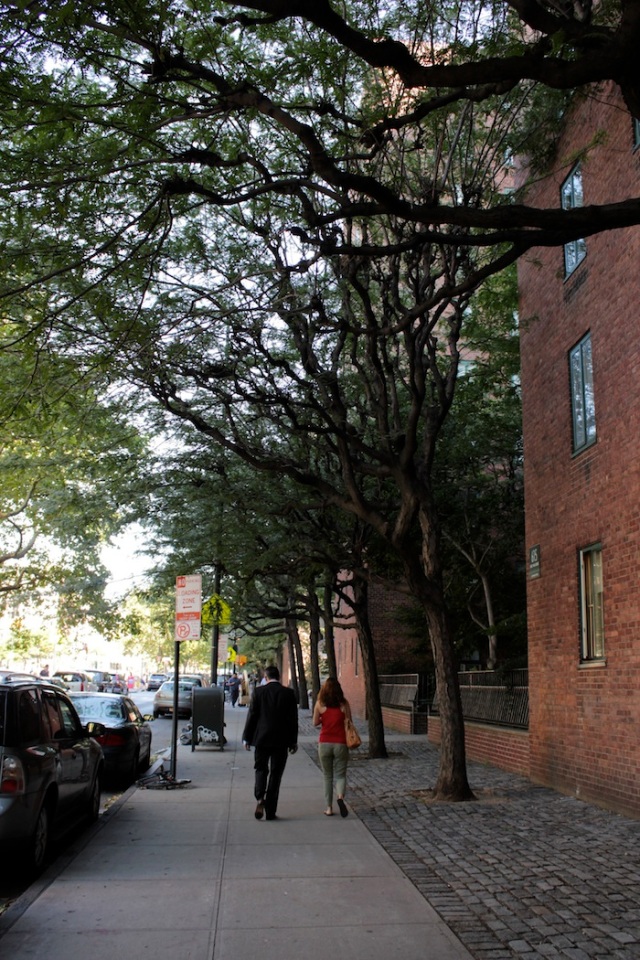 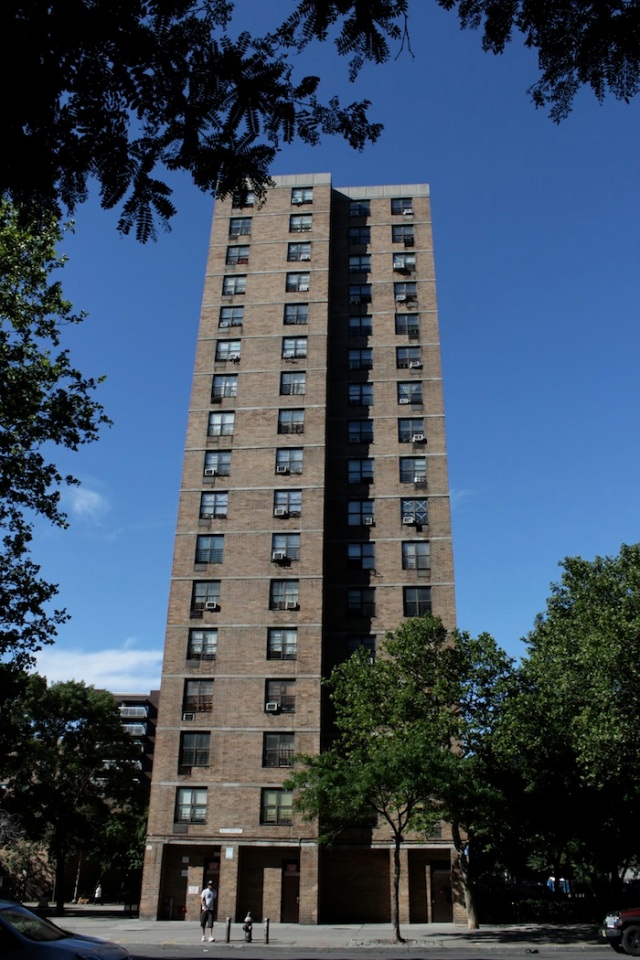 12 – South of the Border: Catholic somnolence. 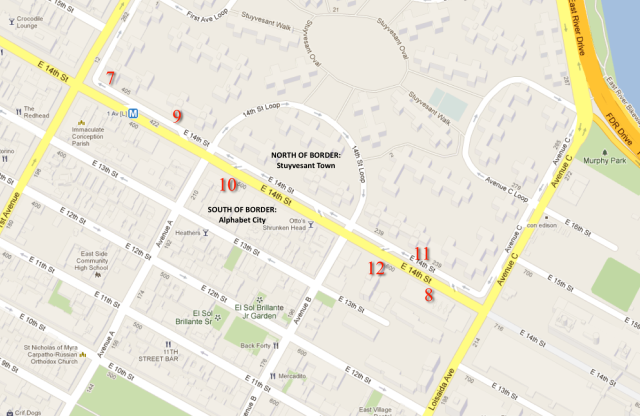 I am a wandering cityophile and pattern-finder who is pathologically incapable of staying in one place for any long period of time. When I do, I see the place from different perspectives, obsessive-compulsively.
View all posts by Kennie Ting →
Gallery | This entry was posted in Art & Architecture, Culture & Lifestyle, Landmarks & History, New York, Photography and tagged 14th St, Alphabet City, Border Politics, Manhattan, Manhattan in 12 Streets, New York, State of the Union or Swinging Both Ways, Stuyvesant Town. Bookmark the permalink.