14th St: Colours of the Alphabet (Avenue C to 1st) 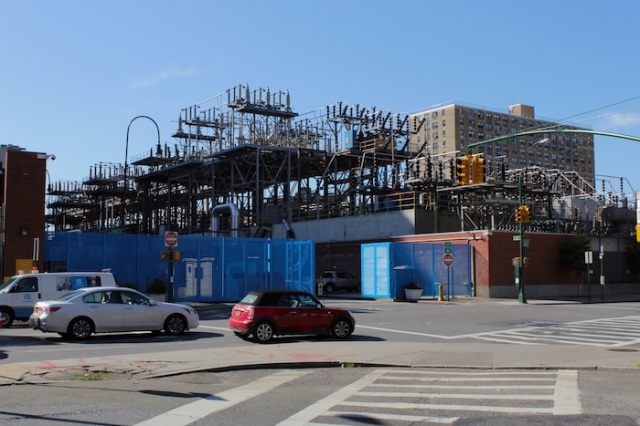 The walk through the far eastern end of 14th street is divided into two parts, as a reflection of the stark difference in incomes and urban landscapes immediately north and south of the street.

In this first part, I explore the area immediately south, between Avenue C and 1st Avenue, or in what is known as the neighborhood of Alphabet City.  This area used to be impoverished, dangerous and drug-infested. The saying goes: Avenue A was Artsy; Avenue B was Bohemian; Avenue C was Crack; Avenue D was Death.

These days, however, the whole area has become much less Death, and much more Bohemian, though the kinds of commercial establishments here – many apparently shuttered – demonstrate clearly that this side of 14th Street is still predominantly lower-income and likely to remain so for a little bit.

That notwithstanding, what the intrepid wanderer would notice above all about the area, is how colourful it is.  At each intersection and along each block, dozens of loud, brazen shades compete to grab your attention: blues, reds, yellows, purples, crimsons, azures, lavenders, co-existing spiritedly alongside gray. 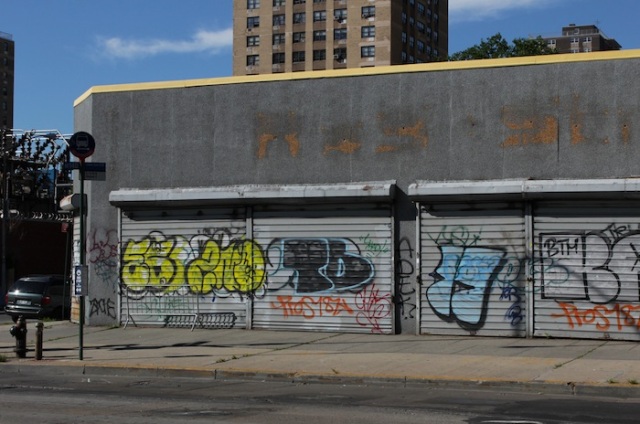 2 – Junction of Avenue C, southside: A view of shuttered storefronts, with colourful graffiti. 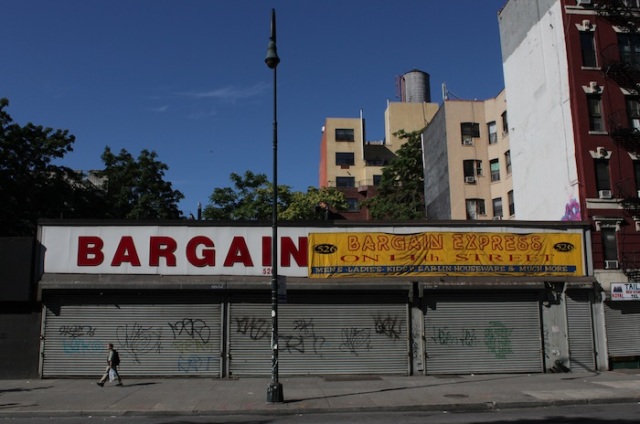 4 – Between Avenues B and A: Bargain Express. 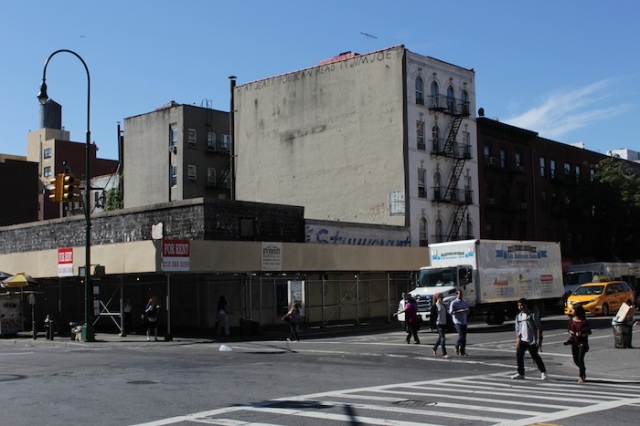 5 – Junction of Avenue A, southside: Ash-blue Stuyvesant and cake-cream scaffolding. 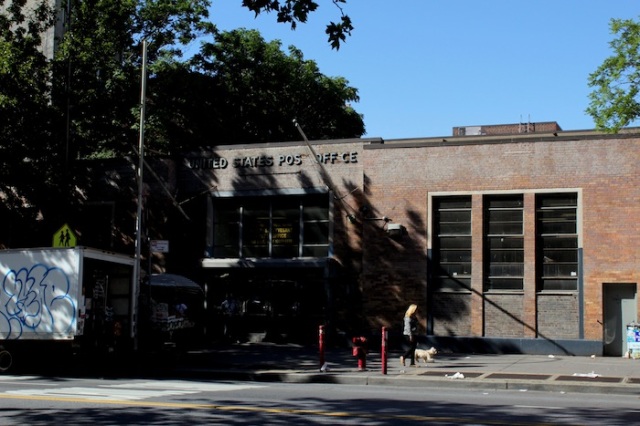 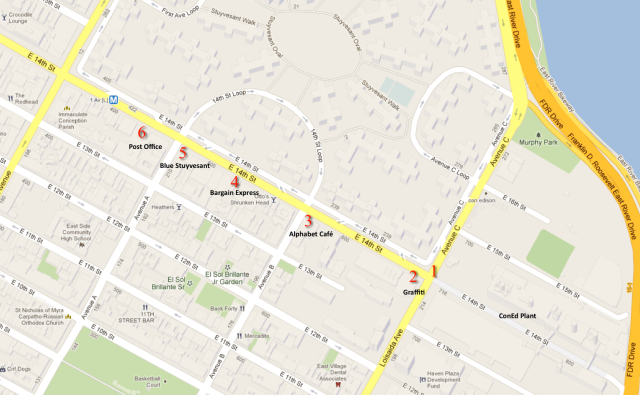 I am a wandering cityophile and pattern-finder who is pathologically incapable of staying in one place for any long period of time. When I do, I see the place from different perspectives, obsessive-compulsively.
View all posts by Kennie Ting →
This entry was posted in Art & Architecture, Culture & Lifestyle, New York, Photography and tagged 14th St, Alphabet City, Colours of the Alphabet, Manhattan, Manhattan in 12 Streets, New York, State of the Union or Swinging Both Ways. Bookmark the permalink.