Albert Hall Museum, opened in 1887, blends European, Mughal and Rajput styles. It is the oldest museum in Rajasthan.

Jaipur was established in 1727 by the Maharaja Jai Singh II, who shifted his capital here from the Amber Fort.

From the beginning, the Maharaja wanted a city that married ancient traditions with modern needs – and so, surprisingly for many visitors to this city of wide boulevard and an orderly grid layout, the city was planned to Hindu (and not European) principles.

The architect and city planner for Jaipur was Bengali architect Vidyadhar Bhattacharya, who planned the city according to Vastu Shastra, or the traditional Hindu system of architecture that emphasise symmetry, directional alignment and geometric patterns.

The entire downtown was only painted in a salmon-pink hue in 1876, to welcome the arrival of the Prince of Wales, who would become the future King Edward VII.  The colour stuck and almost the entire old town of Jaipur today continues to sport this colour.

Another important monument in the city that was named after the Prince of Wales is Albert Hall Museum, designed by Sir Samuel Swinton Jacob (who also co-designed the City Palace) in an ebullient Indo-Saracenic style that had been used in civic and monumental buildings all over British India at the time (particularly in Bombay).

The foundation stone was laid in that very same year the Prince of Wales visited, and the building opened as a museum in 1887. It was named after the Prince of Wales himself (whose first name was Albert). It is still one of the most important sites to visit in the city today.

Around the City Palace

Tripolia Gate is the entrance to the City Palace Complex.

The Hawa Mahal or Palace of Winds was built in 1799. It is Jaipur’s most iconic structure.

Back view of the Hawa Mahal, and where the visitor enters. 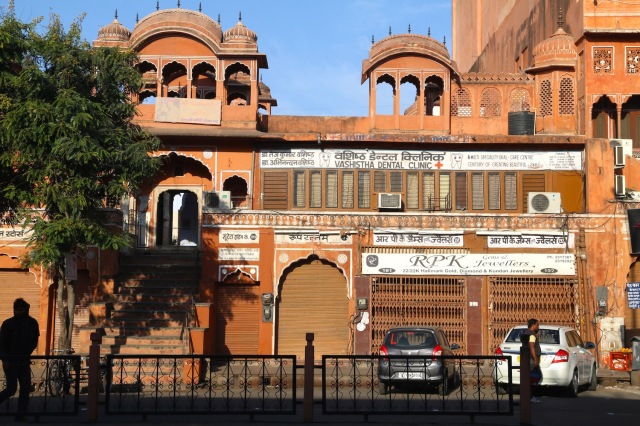 Ishwar Lat was built in Sawai Ishwari Singh in 1749 to commemorate victory over his brother Madho Singh.

Hindu Temple in the Pink City.

Ajmeri Darwaza lies on the westerly road to Ajmer. 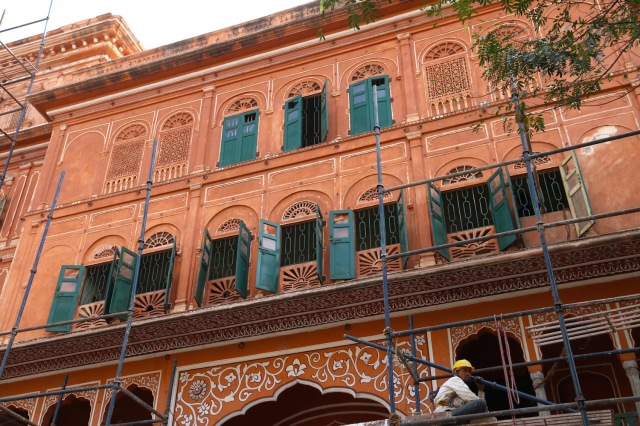 Latticework and green shutters. Restoration in progress at the lower levels.

…could be shophouse architecture.

One of the many bazaars in downtown Jaipur. 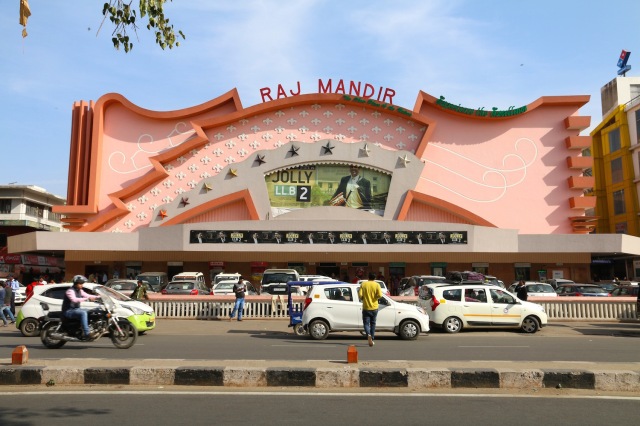 Commemorating the visit of the Prince of Wales, 1876 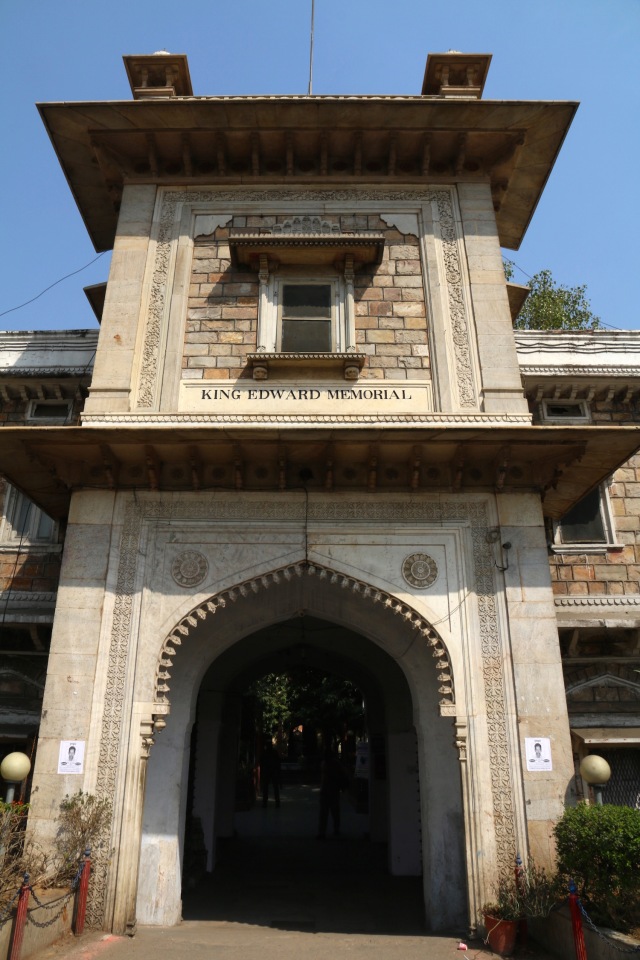 The Memorial comes with an attached clocktower, known as Yaadgar.

A little south of the bazaar area sits Albert Hall Museum, opened in 1886. This is the view from Nehru Garden, south of the building.

The entrance to Albert Hall. 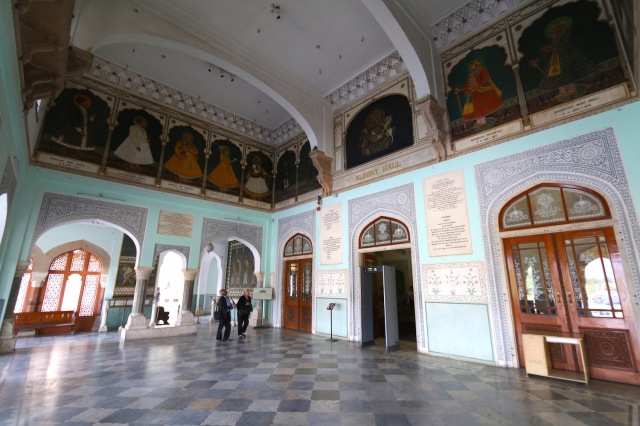 The Ante-lobby presents portraits of past Maharajas of Jaipur. 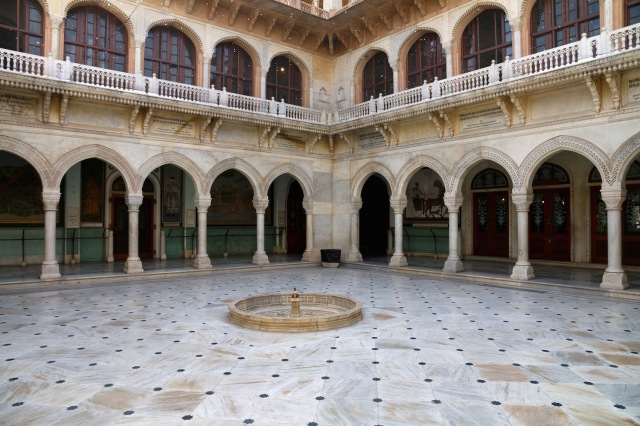 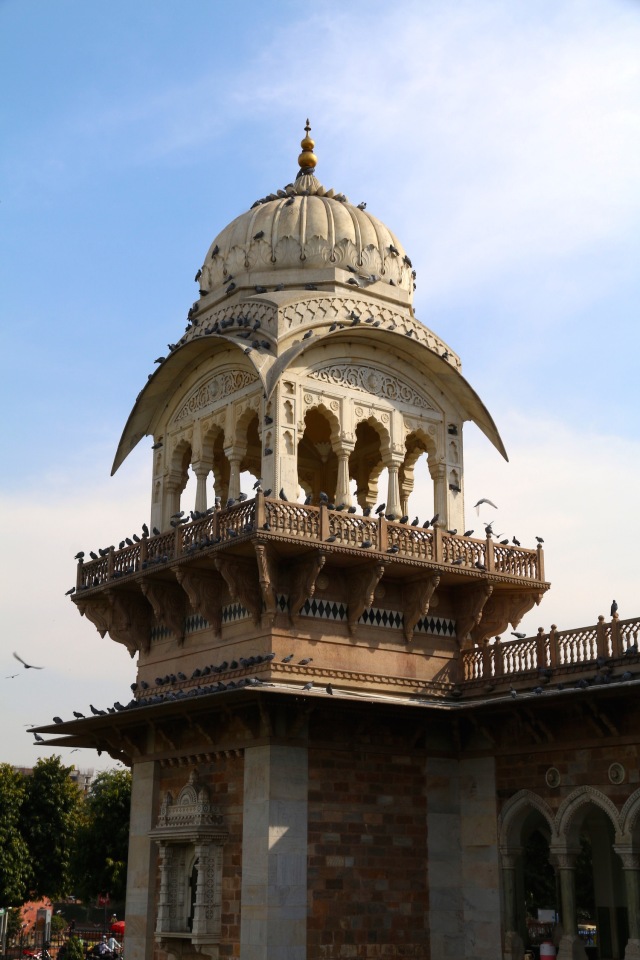 Close-up one of the side towers of Albert Hall Museum, demonstrating Indo-Persian (i.e. Mughal), Rajput and Bengali elements. 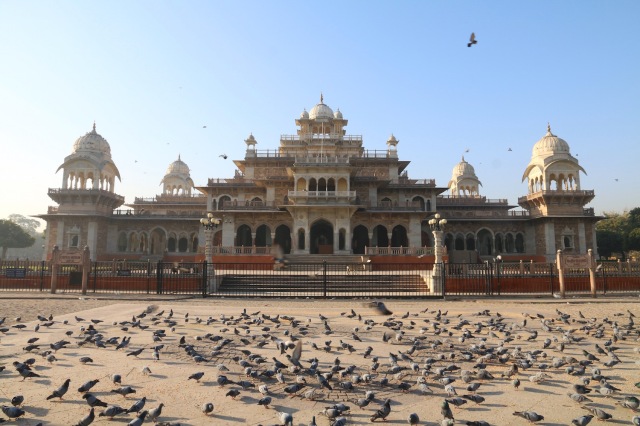 And finally…a backward glance at Albert Hall Museum from the front (north).

I am a wandering cityophile and pattern-finder who is pathologically incapable of staying in one place for any long period of time. When I do, I see the place from different perspectives, obsessive-compulsively.
View all posts by Kennie Ting →
Gallery | This entry was posted in Art & Architecture, Cities & Regions, Culture & Lifestyle, Heritage, India, Landmarks & History, Museums, Photography, Travel & Mobility and tagged Albert Hall Museum, Heritage, History, Jaipur, Pink City, Port and Princely Cities of the Subcontinent, Rajasthan, The Grand Tour, Travel. Bookmark the permalink.