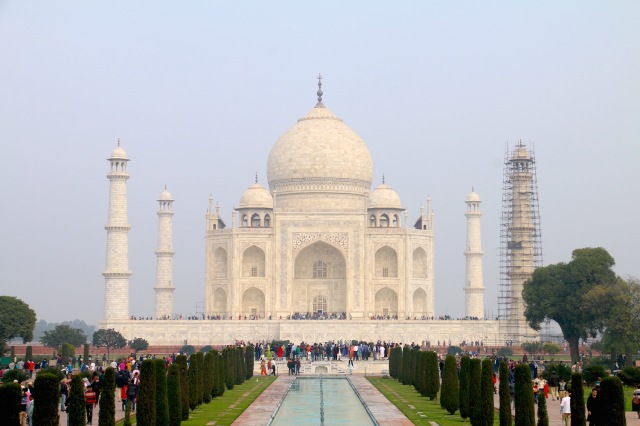 The Mughal Emperor Shah Jahan is probably the best known of the Emperors. He reigned from 1628 – 1658, a short 30-year reign.  But during his reign he would also commission a grand number of buildings across the capitals of the Mughal Empire; during his reign, Mughal architecture reached its zenith.

His most important architectural legacy is also one of the famous buildings of all time – the Taj Mahal. The building is so well-known not just because it is simply breathtaking in its beauty, but also because it was and still is the world’s greatest Monument to Love.

Betrothed from birth to Shah Jahan, Arjumand Banu Megum was finally married to him in 1612. She was his second wife, though they were very much in love. She hailed from the same Persian family as Nur Jahan, her aunt and the Emperor Jahangir’s beloved wife.

Upon being married, she was conferred the title “Mumtaz Mahal” – “Chosen One of the Palace”. Shah Jahan’s name itself was a regnal title which (fittingly) meant “King of the World.” His own name was Prince Khurram. 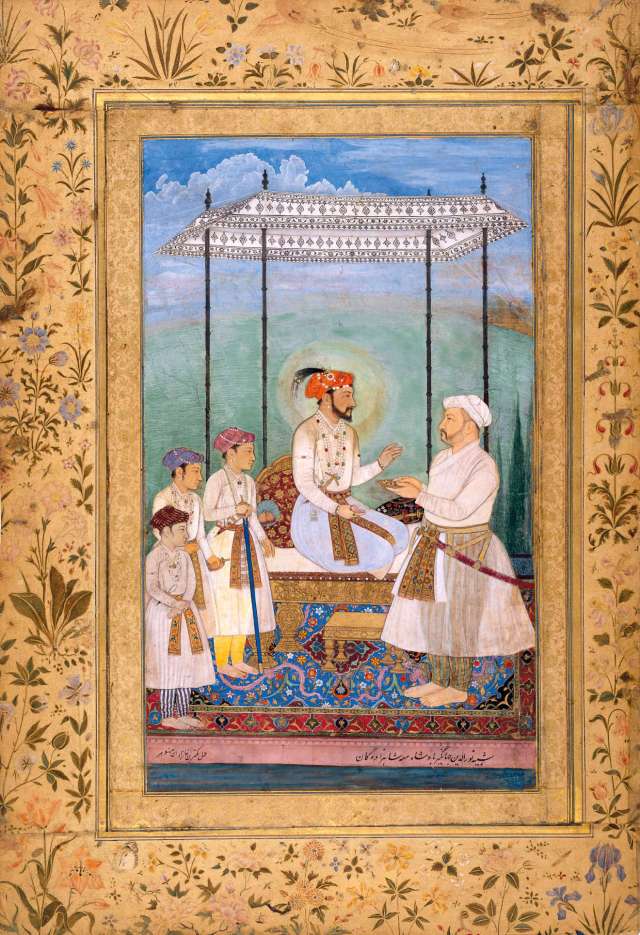 When Shah Jahan ascended the throne as Mughal Emperor, he designated Mumtaz Mahal his Empress Consort. But she would occupy the position for three years. In 1631, she died from complications at birth, after having borne 14 children for the Emperor.

Shah Jahan would never recover from his grief. In 1632, he commissioned the building of the Taj Mahal on the banks of the Yamuna River. It would only be completed in 1643, and it would be the grandest of all Mughal structures, the pinnacle of Mughal Architecture.

The Taj Mahal is one of the few great Monuments of World Heritage that truly lives up to expectations. Even though it is one of the most regularly-represented monuments in the media, nothing quite prepares one for a visit in person.

The gleaming white marble, seen from afar, takes one’s breath away. And as one approaches the structure, the details of the ornamentation – particularly the Mughal predilection for flora – begin to emerge from the marblework, such that one is quite overwhelmed by beauty. 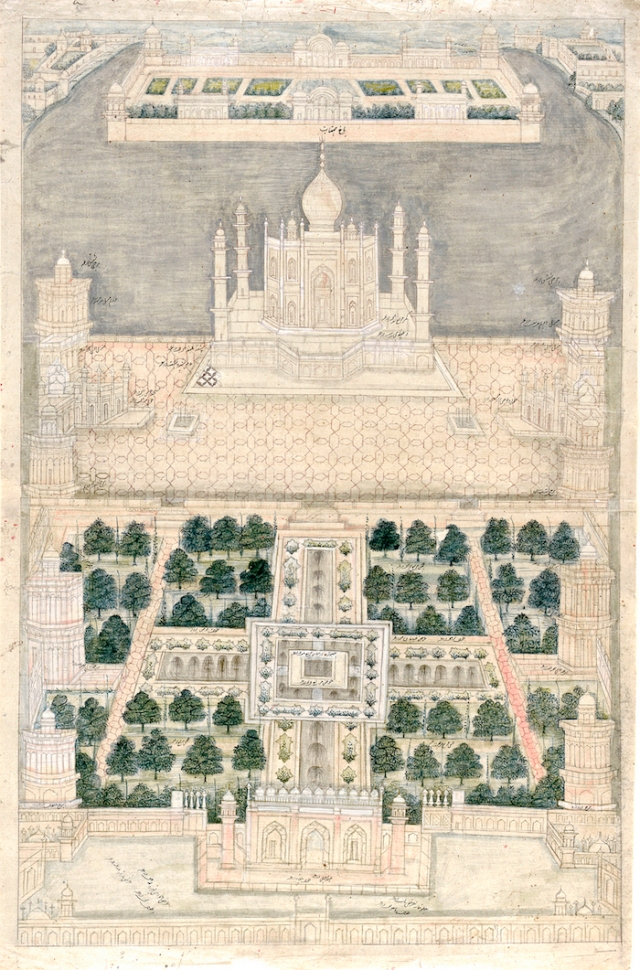 There is no view by which the Taj can’t be taken in. But perhaps the least foot-trafficked vantage point is that from the Mehtab Bagh, across the Yamuna River, where one may admire the Taj Mahal as Shah Jahan intended it, in its full, panoramic splendour from across the river.

The Mehtab Bagh (Gardens of Moonlight) is a Persian-style garden laid between 1631-1635 by Shah Jahan (around the same time as he had commissioned the Taj) on a site that had been earlier made into a garden by the Mughal Emperor Babur.  As the name suggests, this is the place to view the Taj Mahal by moonlight, and one can only imagine…on clear, starry nights with a full moon, the etheral white form of the Taj Mahal, reflected in the still waters of the Yamuna River. 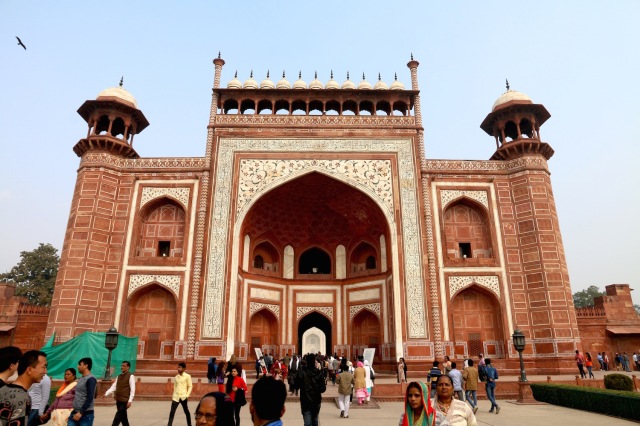 The Main Gateway, or Darwaza-i-rauza. 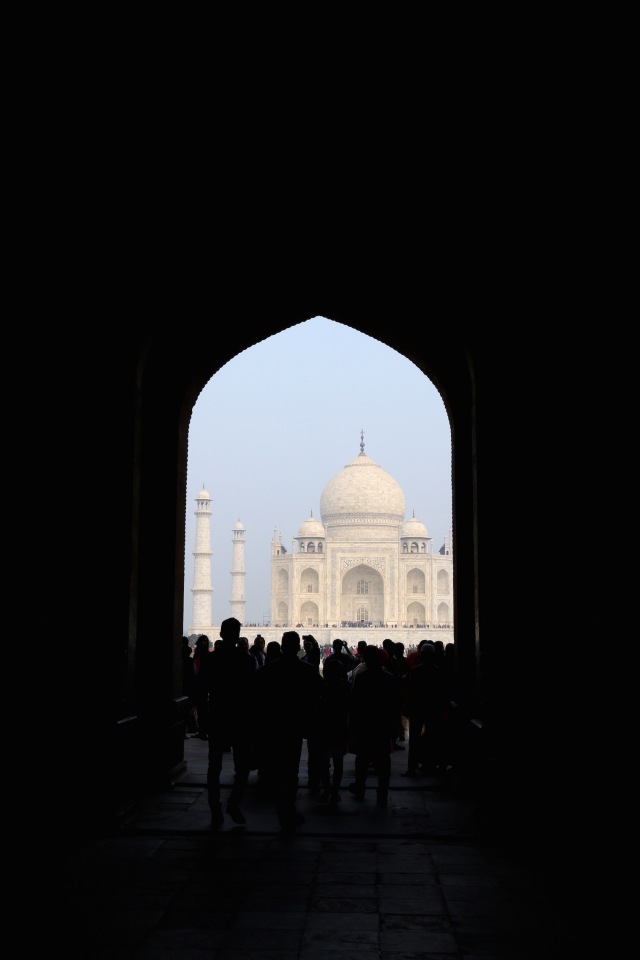 View of the Taj. 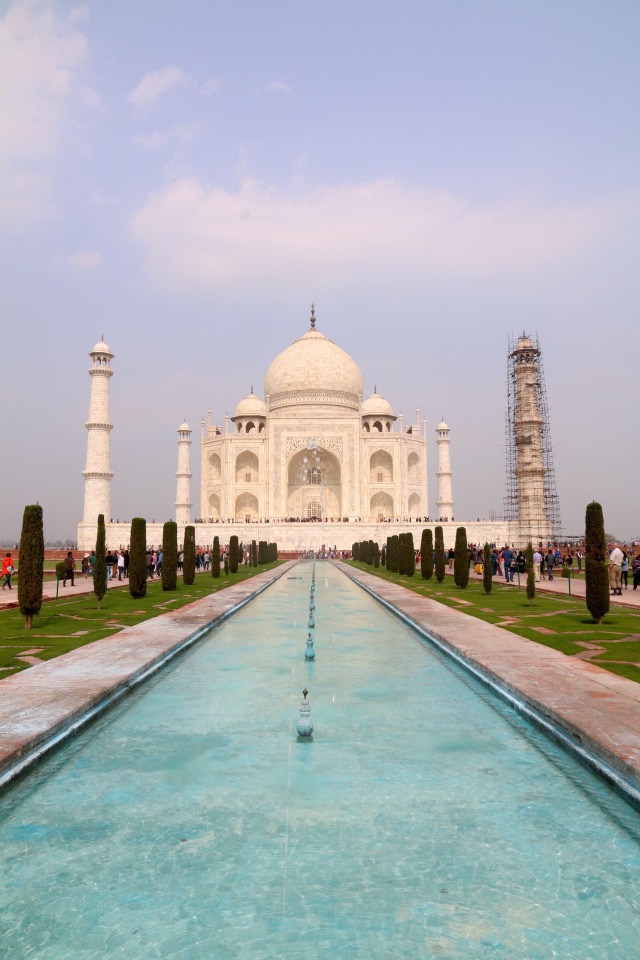 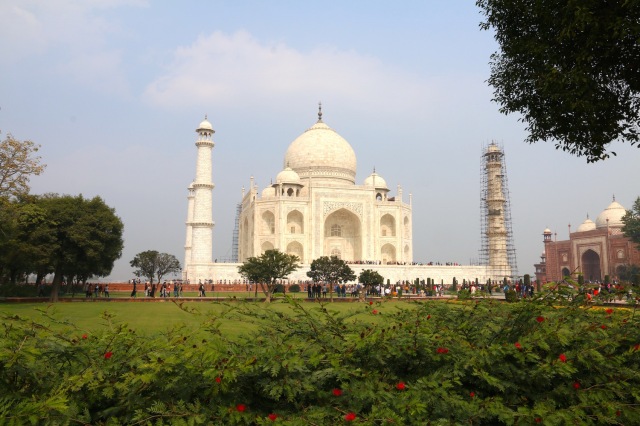 Taj from the lawns 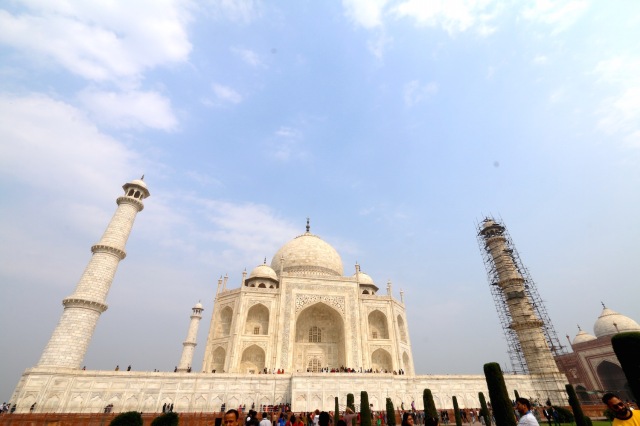 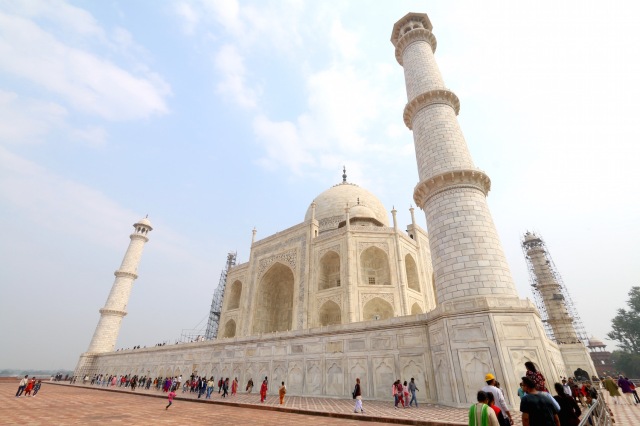 At the foot of the Taj…

The entrance to the marble mausoleum. Note the band of Arabic in thuluth script. 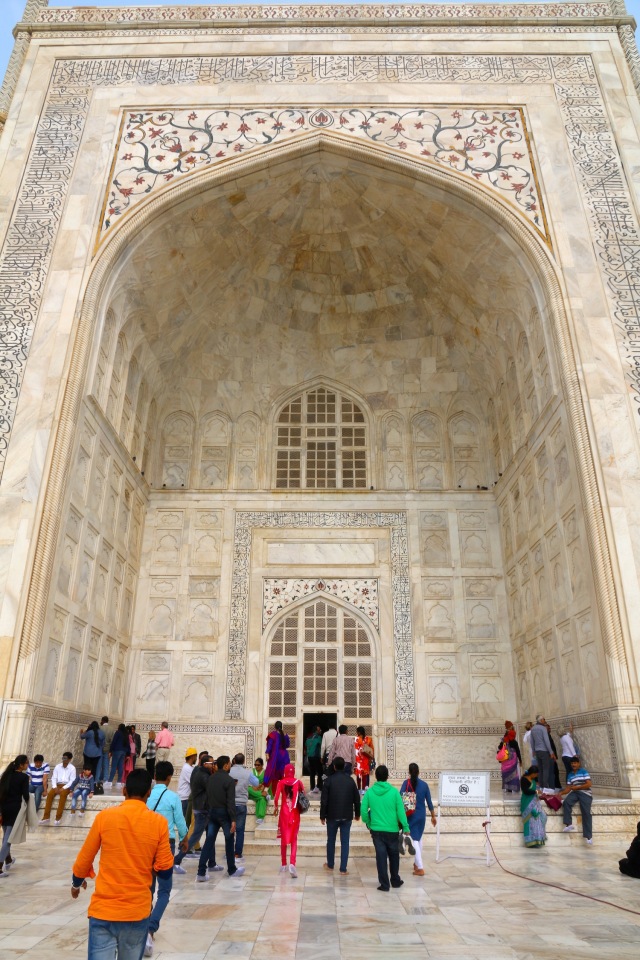 Close-up of the entrance to the cenotaph. 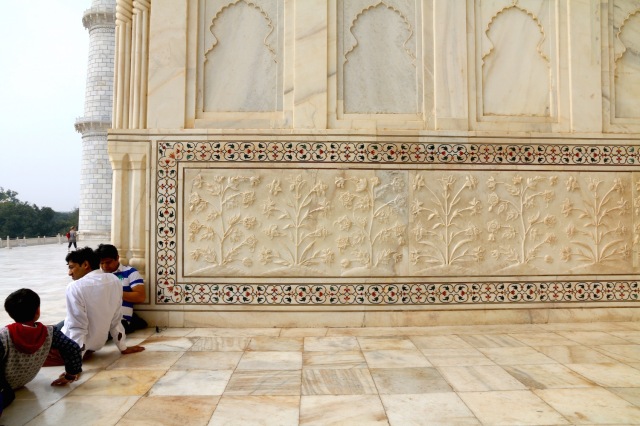 Tourists resting by the entrance. The ornate decoration on the walls derive from Persian antecedents. 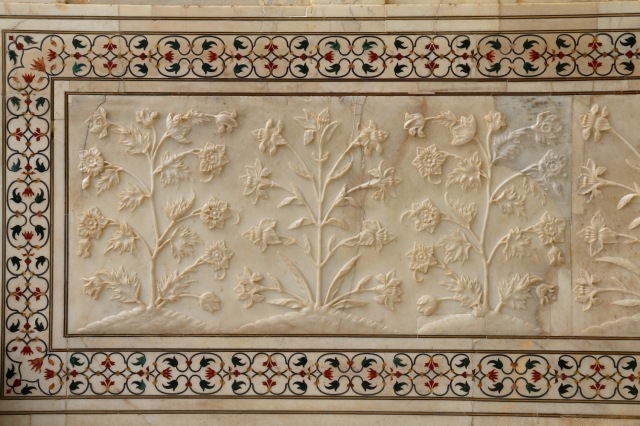 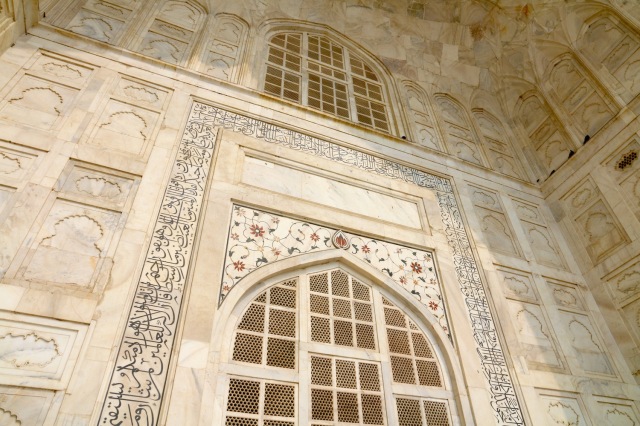 View upwards of the entrance alcove. 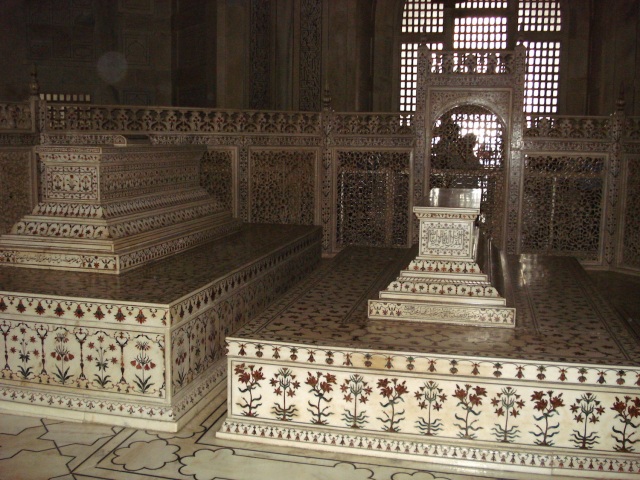 The cenotaphs of Shah Jahan and Mumtaz Mahal. These aren’t the actual tombs – the actual ones are at a lower level. 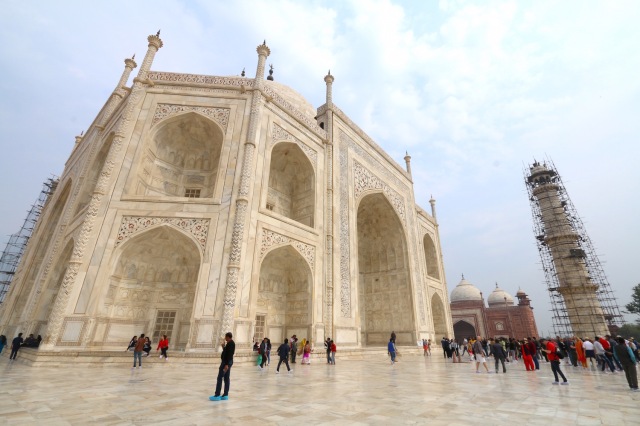 Emerging from the mausoleum. 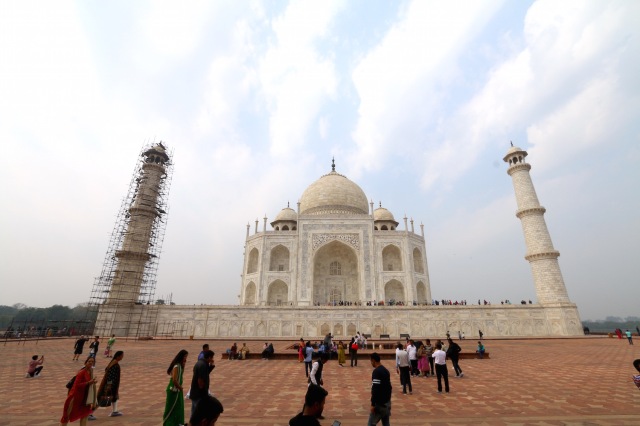 Side view of the Taj… 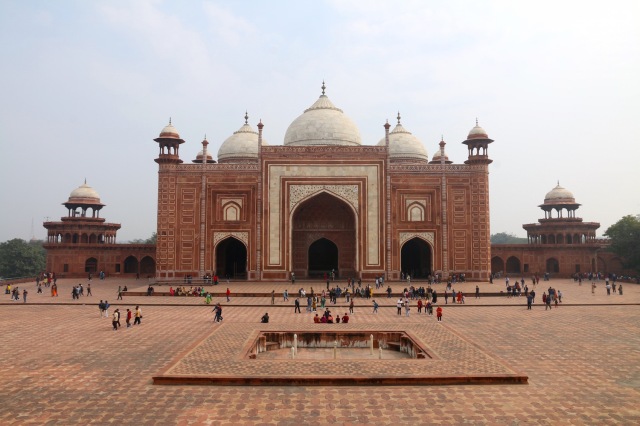 The Mosque, mirrored with the memankhana (or Guest House) on the other side of the Taj. 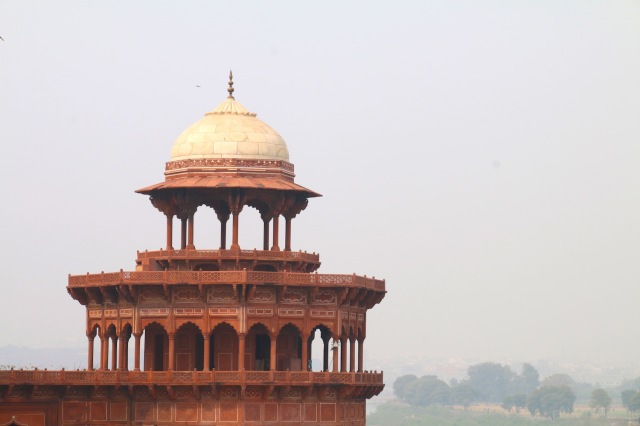 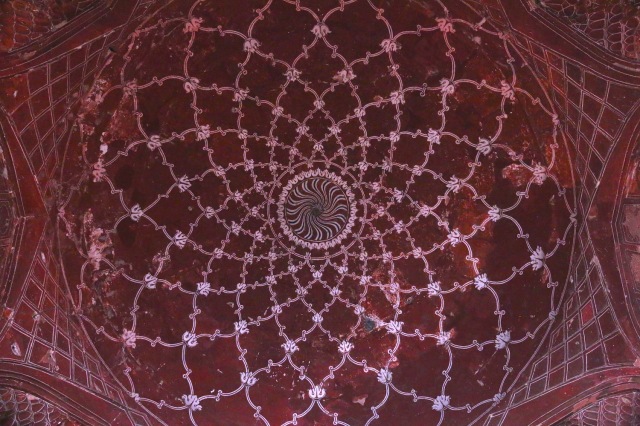 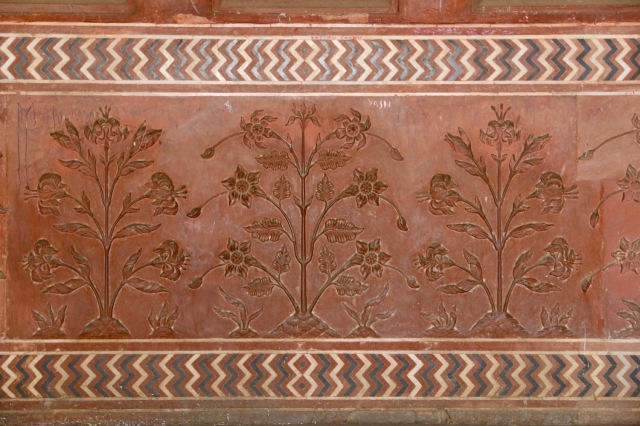 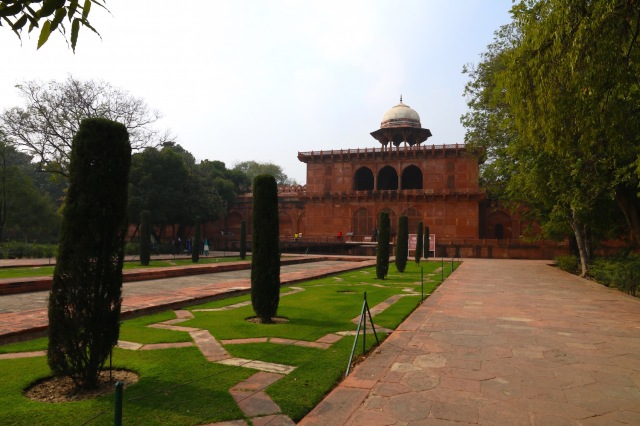 Museum on the grounds of the Taj. 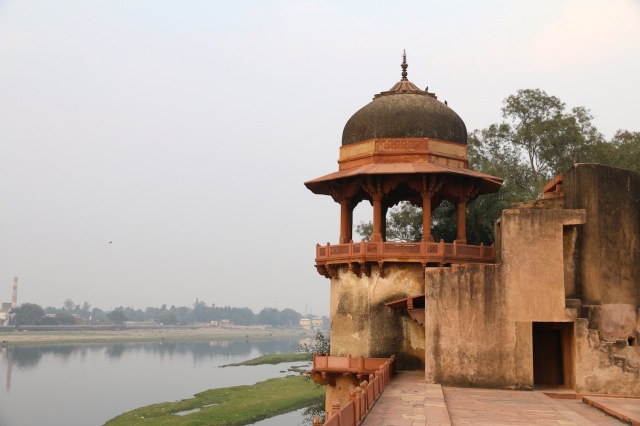 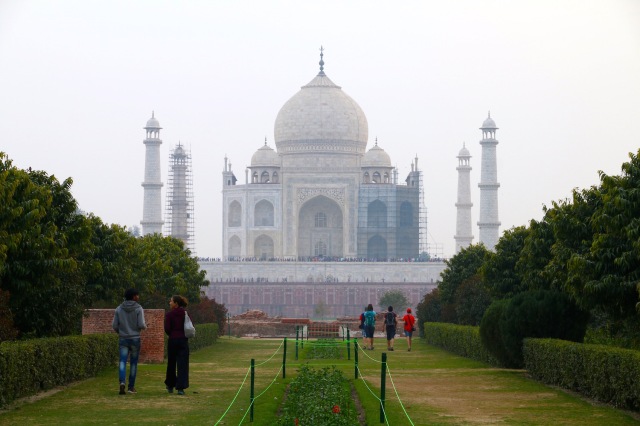 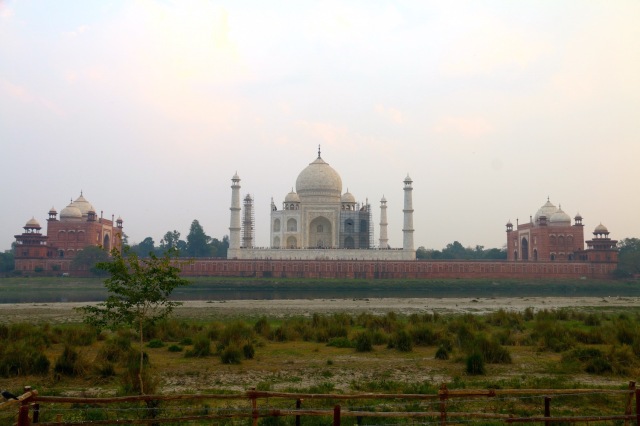 Panoramic view of the Taj and its two accompanying buildings, across the Yamuna River. 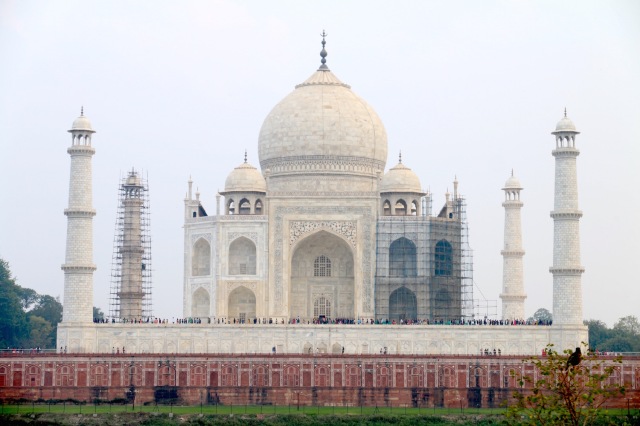 The Taj from the Mehtab Bagh. 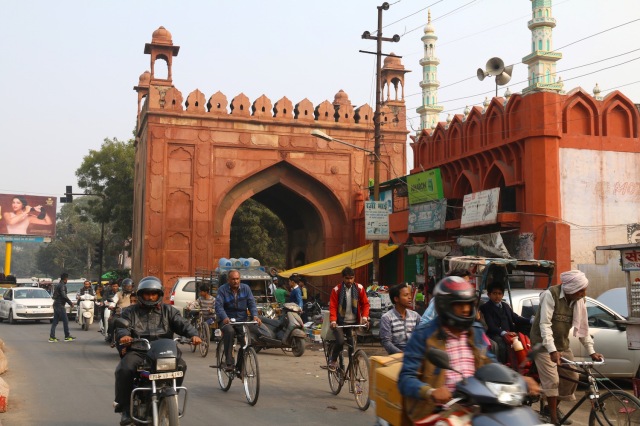 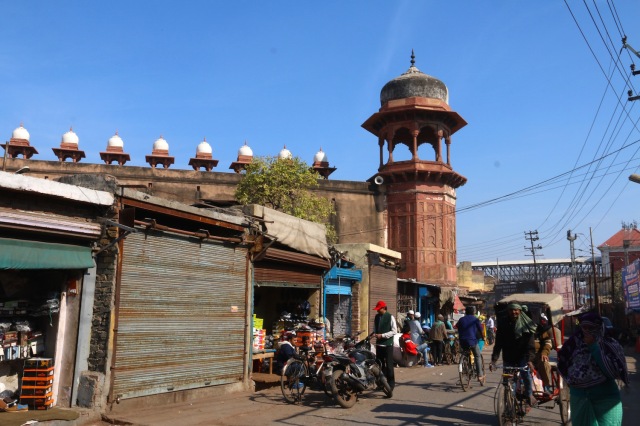 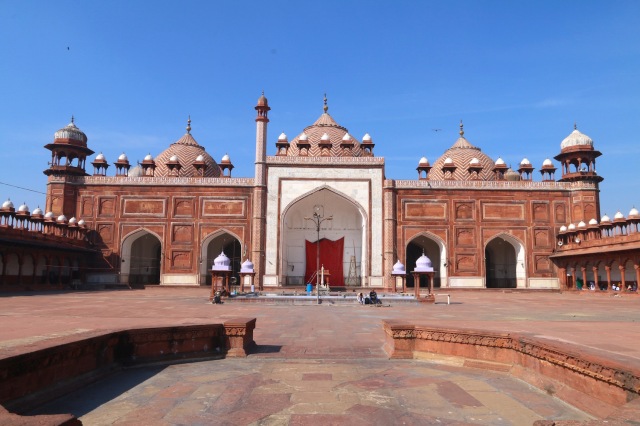 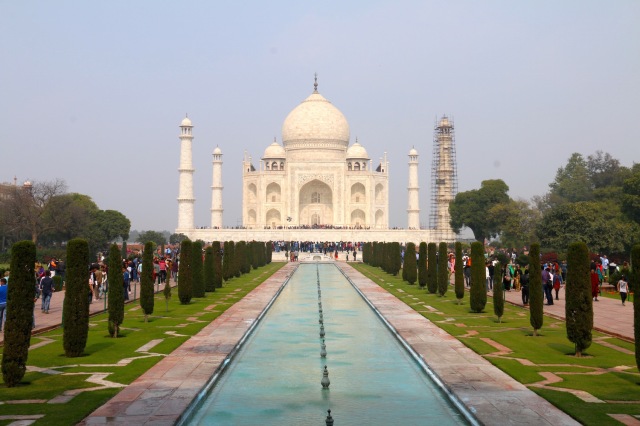 And finally, a backward glance at the Taj…

I am a wandering cityophile and pattern-finder who is pathologically incapable of staying in one place for any long period of time. When I do, I see the place from different perspectives, obsessive-compulsively.
View all posts by Kennie Ting →
Gallery | This entry was posted in Art & Architecture, Cities & Regions, Culture & Lifestyle, Heritage, India, Landmarks & History, Museums, Photography, Travel & Mobility and tagged Agra, Architecture, Heritage, History, India, Mehtab Bagh, Mughal Architecture, Mughal Empire, Mumtaz Mahal, Port and Princely Cities of the Subcontinent, Shah Jahan, Taj Mahal, The Grand Tour, Travel. Bookmark the permalink.