Taking Stock, or the Most Important Measure of Success in Life

Earlier this month I turned 40, a very “grown-up” sort of age, even though I don’t feel particularly different; and to be frank I’ve “grown up” so to speak, much faster than my peers, even as I’ve retained a very eccentric, Kennie-ish flavour of child-like ditziness.

40 seems to be the sort of age when one reflects on one’s life, at least on one’s recent life, and one assesses if life has been successful.

“Success” is, of course, subjective. I certainly don’t equate “success” with material qualities like being wealthy or powerful, or having a good career or a great family. Nor do I equate “success” with more emotional aspects like being happy or fulfilled. “Success” requires one to feel the whole gamut of human emotions – happiness, sadness, anger, disappointment, ambition and so on.  Happiness is shallow and one-dimensional.

Some (personal) history is in order…

In 2011, I checked myself into therapy. I was a lost boy then. An important phase of my life had just ended, and I found myself drifting from shore to shore (literally), unable to decide who I wanted to be at 33 years of age (one’s ’30s would prove to be the new “teenaged years”).

I was the quintessential Singaporean X-ennial (trapped in between path-laid-out-for-me-already Gen X and I’ll-do-what-I-want-thanks Millenial). I hated Singapore, in a grass-is-greener sort of way. I thought that things would be better, anywhere out of here. I felt suffocated, useless, restless. But I still felt obliged to be conventional, to get a job, find a partner.

The first of my sessions in therapy as a 33-year old “teen” turned out to be the most productive and meaningful hour of my life back then. I learned how to forgive others (particularly my parents) and how to love myself more; how it was important to (first) love and respect one’s self, in order to be able to give love and respect to others.

And the most brilliant part of that therapy session was that I was gifted with a very simple approach to go about loving and respecting myself more. 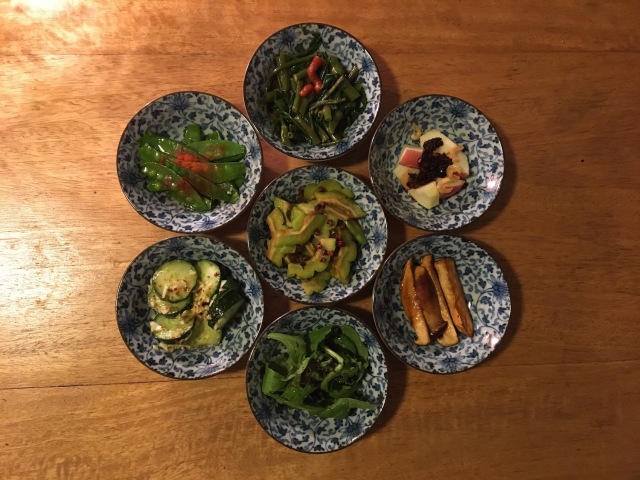 I was asked to list down the things I loved to do; things which I could do on my own for hours, losing track of time. And after thinking about it for about a week, I listed down only five things:

My therapist suggested that to love myself more meant to consider doing more of all (or some) of these things I loved.

I thought it an entirely sensible suggestion and so I did just that; and have been doing just that, more or less, ever since.

In 2012, I started a blog about travel and cities – this very blog, Dream Of A City, on which I’m still uploading blogposts regularly and assiduously, 7 years on. The blog was an ode to cities, travel, culture and art.

In the course of posting on the blog, I realised I needed to take up photography.  And so I went for professional photography classes, and I spent hours, weeks, days and then months, wandering the streets of New York (where I was at the time), taking shots of random, trivial things. 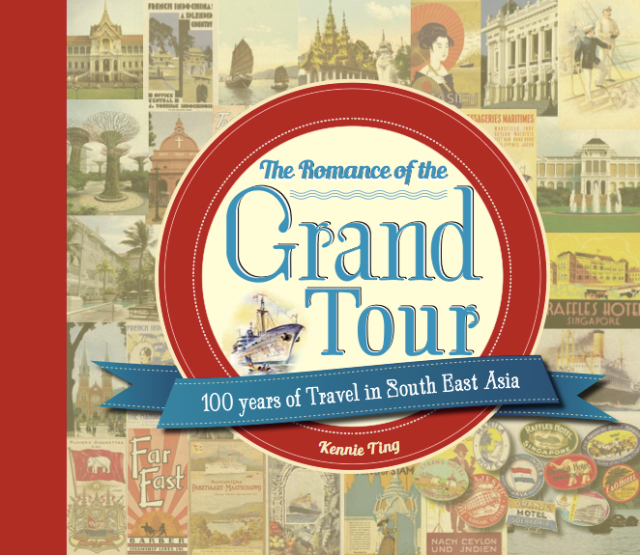 In 2012 I returned to Singapore, and went back to a job in the cultural sector (where I had been before I left).  Having attempted to find a job in London and New York, to no avail – I “grew up”, so to speak, and understood just how privileged I was in Singapore, and that I really shouldn’t be complaining. I went straight back to where I had been, and I haven’t regretted since.

Though one thing had changed.

I now understood that life was not about the job, but rather, one took a job, in order to live one’s life to the fullest. It was important that I liked and believed in the job enough; but it was clear to me, that the job was secondary – it helped pave the way (and pay) for what I REALLY wanted to do.

And what I REALLY wanted to do was to travel the port and imperial cities of, first Southeast Asia, then East Asia (China, Japan Korea), then South Asia (India, Sri Lanka and hopefully Pakistan), wandering the streets of these cities with my cameras documenting the historic architecture and streetscapes; spending time in grand historic colonial hotels and palaces, and writing about history and about my experiences later.

It was a completely decadent WANT, of course. But then that was what the job was for.  To pave the way (and pay) for the kind of experience one needed a lifetime to have, but which I wanted, while I was young. 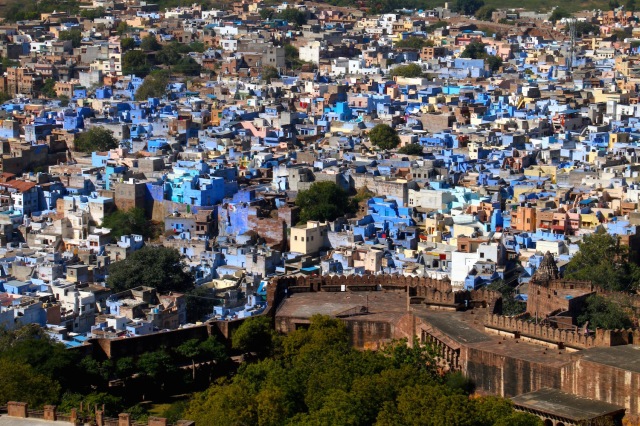 … and THE GRAND HOTEL / PALACE

As I traveled through Asia’s historic port and imperial cities, I posted my experiences and my photography on this very blog, and I brushed up on the history of Asia, and in doing so, learnt more about myself than I could possibly have done before.

My blogposts led eventually to my first book deal (THE ROMANCE OF THE GRAND TOUR – 100 YEARS OF TRAVEL IN SOUTHEAST ASIA) which then, in turn, led to my second and my third. I had a fourth book deal which eventually fell through – to be frank, I was dumped by the publisher.

But I was more than compensated when the museum director job quite literally, and completely out of the blue, landed at my feet in 2016; due, also, in no small part, to my books and my own interest in port cities and syncretic/hybrid cultures and identities.

In the meantime, I cooked and cooked constantly. Even if, or perhaps all the more when, I was on my own. I would whip up simple or elaborate dinners-for-one (and for two), because I enjoyed the peace that preparing dinner afforded me, and I liked the fact that I was cooking and consuming exactly what I loved eating, and the one I loved also loved the same. =)

I didn’t do so much of the Singing and Dancing, I’m afraid. The Travel, Writing, Cooking and Photography seemed like more than enough to do.

But let’s take a small step back.

In 2013, I was placed, surprisingly and somewhat against my will, into a senior executive position. I accepted the position as a challenge, though I was perhaps ten years too young for the job, and an average of 10 years younger than everyone who reported to me.

I was terrified. I had sleepless nights. Thankfully, my company saw fit to hire me an executive coach and to also invest in training me up as a coach and mentor to others.

Once again – the experience being coached and learning how to coach was transformational. I learned to articulate what my core values were. And I learned that I should never undermine these core values; that it was important when choosing an organisation to work with and a profession to pursue, that I put my core values first and foremost.

In any case, I narrowed down my core values to five (it would seem I like the number 5):

My experience with executive coaching and my own professional experience as a senior executive was critical in helping me cope with the demands of the Museum Director position, which proved again to be a whole other ball game in terms of managing people and challenging circumstances.

Once again, I think I was probably way too young for the job.

And it has aged me very quickly and prematurely (my hair began turning grey within months of the job).

I didn’t just need to manage a team of professionals, almost all of whom were (are!)  older than me.  (Sounds familiar?)  I also needed to manage upwards – my various bosses but also the many board members, civil servants, patrons and donors of the museum who are some of the most wealthy and/or powerful people on earth.

I don’t really care much about what they are; that’s irrelevant. What’s more important to me is who they are – that they are good people, and that they have the museum’s best interest at heart.

And what is important also, is that I am always polite, even when I’m speaking the truth and standing my ground. And I must add that I am polite to pretty much EVERYBODY, regardless of what standing they have in life – because I believe in treating people with dignity (even if sometimes, I may not receive the same in kind).

THE SHOW MUST GO ON

This year, 2018, has been particularly difficult, as my best-laid plans for my professional, literary and personal lives were thrown in disarray by a slew of unexpected events personally and professionally; and as I have been on the receiving end of what I can only describe as behaviour that squarely crossed the line.

And just a few weeks ago, I was spending night after night bursting into tears, wondering if the Museum Director job was really worth it, wondering if I should not throw in the towel, quit Singapore and go back to just wandering and writing, which I enjoyed infinitely more.

[It didn’t help also that the one I loved relocated far, far away from me, halfway across the globe, and I could not follow – because I had chosen the job. But that’s another story.]

I decided instead to hold firm, speak the truth, and clearly define and declare my boundaries.

And that turned out to be the best decision I could have made. 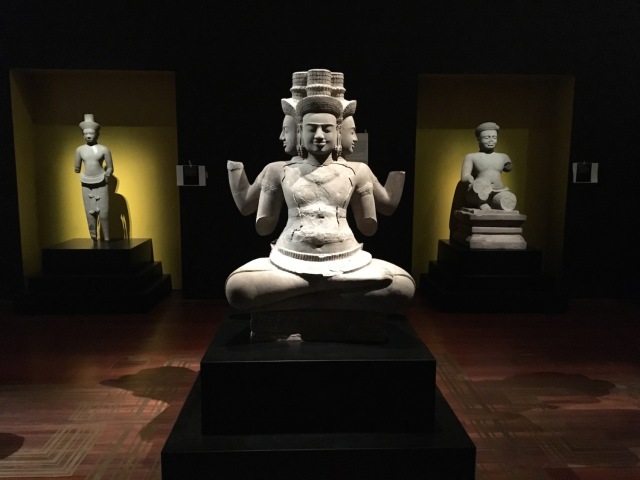 Today, at 40 years of age, I examine closely my own response to every single challenge that has been thrown my way, not just in the past few months but in the past 7 years. And it seems clear to me, that in all instances, I have held fast to my values – I’ve not for a single moment compromised them.

And so I can confidently say that life has been good and I have, therefore, been phenomenally successful, on my own terms. Because above all, I have always strived as best as I could to prioritise doing what I love, and to let no person or circumstance compromise my values.

And that, I think, is the most important measure of success in life.

I am a wandering cityophile and pattern-finder who is pathologically incapable of staying in one place for any long period of time. When I do, I see the place from different perspectives, obsessive-compulsively.
View all posts by Kennie Ting →
This entry was posted in Art & Architecture, Culture & Lifestyle, Home, Photography, Travel & Mobility and tagged Balance, Beauty, Cooking, Lifestyle, Passion, Showmanship, Taking Stock, Travel, Truth, Writing. Bookmark the permalink.

1 Response to Taking Stock, or the Most Important Measure of Success in Life