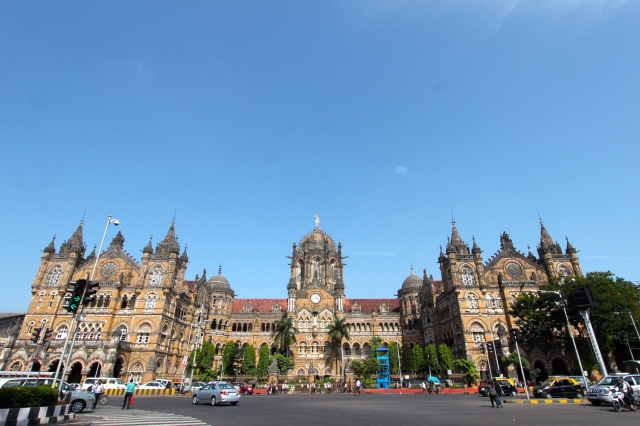 Victoria Terminus (today’s Chharapati Shivaji Terminus), is Old Bombay’s most iconic building. It was designed by Frederik William Stevens in the Victorian Gothic Revival style, and is a UNESCO World Heritage site. Opened in 1888.

The second part of our walking tour of Old Bombay takes in some of the most iconic, monumental and stupendous buildings and public spaces in Bombay in what constitutes the civic and cultural heart of the old city.  Many of these buildings were erected in the Victorian Gothic Revival style that give Old Bombay its very distinctive character.

We begin, where we left off, in the Museum Quarter, and veer west towards the Oval Maidan. This is the city’s equivalent of the Padang – a large green used for military and recreational purposes. To the East and North of the Oval Maidan stand some of the largest and most outstanding civic monuments in town.

We head north along the eastern flank of the Oval Maidan to Flora Fountain. Here, we find ourselves at the Southern end of the former Hornby Road (named after a former Governor of Bombay, William Hornby), today’s Dr Dadabhai Naoroji Road (an important Indian nationalist leader).

This road is another extremely important thoroughfare in the old city, and both sides of the road are lined with impressive Victorian Gothic and Neo-classical buildings. The road also, more importantly, links three of the most important monuments in the city – the Flora Fountain, Victoria Terminus and Crawford Market, where we end our walk.

This walking tour will similarly take the intrepid tourist some 2 – 3 hours to take in entirely. 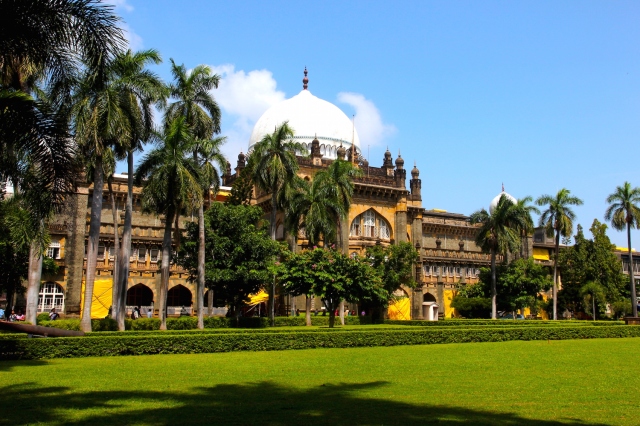 The former Prince of Wales Museum (today’s Chhatrapati Shivaji Maharaj Vastu Sangrahalaya), was founded to commemorate the visit of Edward VIII when he was Prince of Wales. It was designed by George Wittet in the Indo-Saracenic style and completed in 1915, though it was only used as a museum from 1922. 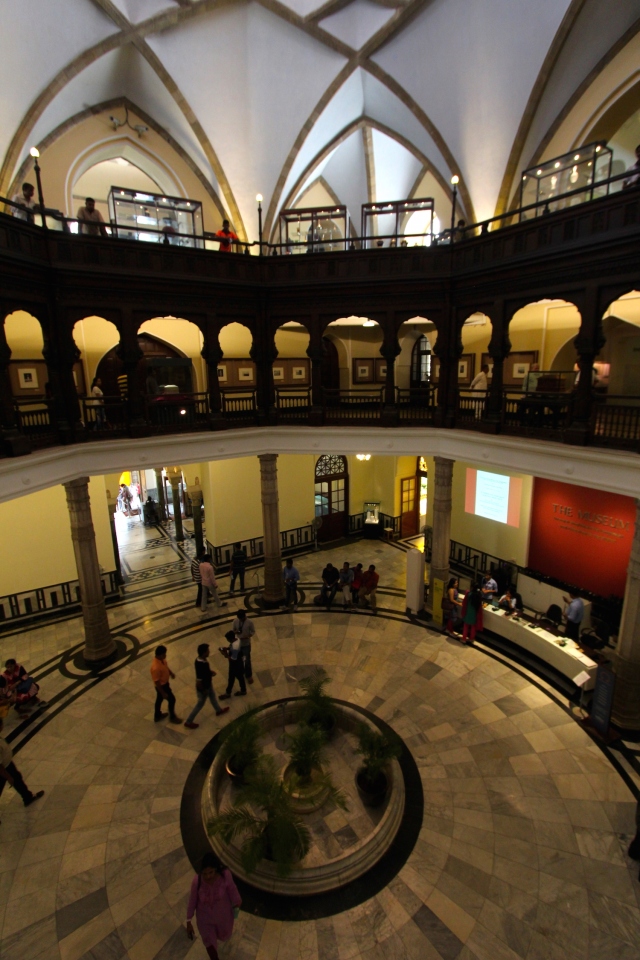 The interior of the museum. Note the Rajput-style arches in the second-floor balconies.

The National Gallery of Modern Art is housed in the former Cowasji Jehangir Public Hall, designed by George Wittet and built in 1911. Only the facade of the building remains.

The former Royal Institute of Science was established in 1920 and designed by George Wittet.

The Old Secretariat Building was completed in 1874 and designed in a Venetian Gothic style by Colonel Henry St Clair Wilkins. It sits towards the southern end of the western flank of the Oval Maidan.

View across the Oval Maidan to the Rajabai Tower and the High Court Building. 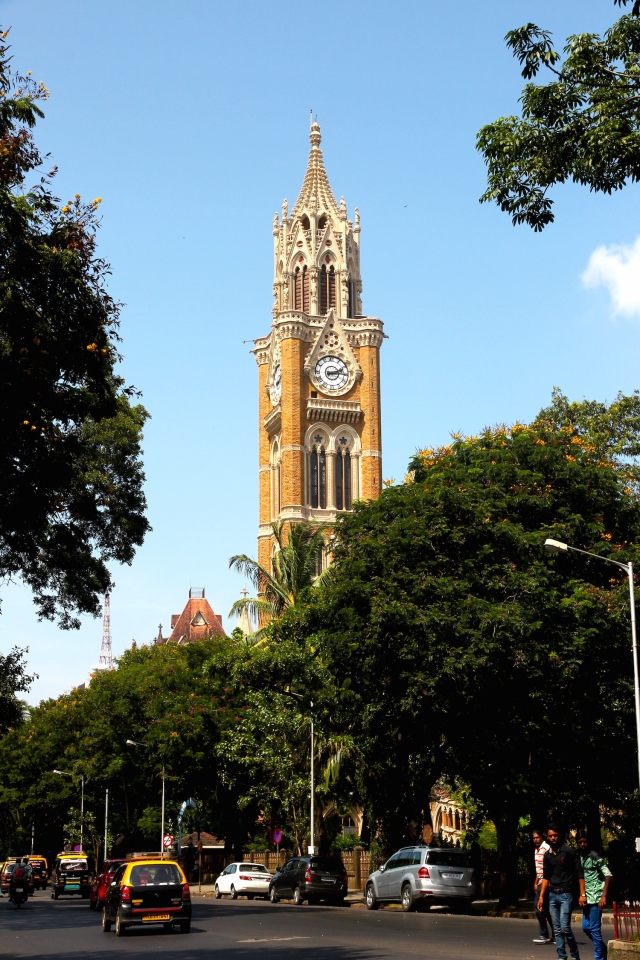 The Rajabai Clock Tower was built in 1878 and modeled after Big Ben in London and designed in a Venetian Gothic style. It sits on the Fort campus of the University of Mumbai. Designed by Sir George Gilbert Scott.

The Bombay High Court building was built in 1878 in the English Gothic Revival style. Designed by Colonel James A. Fuller.

Close-up of the back of the High Court building, facing the road.

Side view of the Central Telegraph Office, with its distinctive twin towers.

Along Dadabhai Naoroji Road from Flora Fountain to Victoria Terminus

Across from Flora Fountain stands the Oriental Buildings, designed by Frederick William Stevens and completed in 1896. 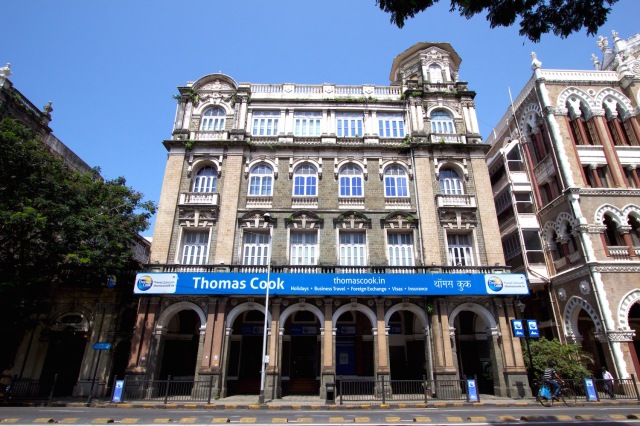 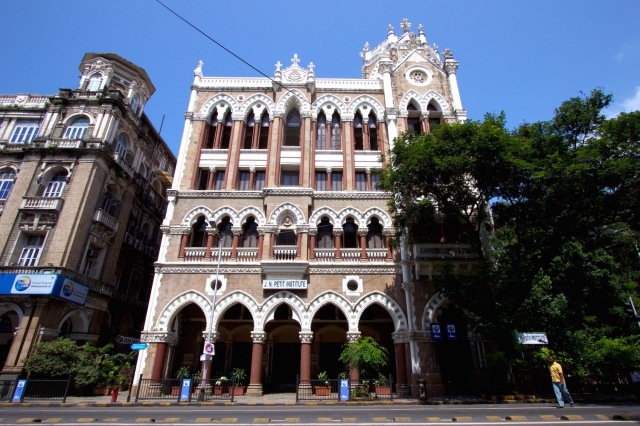 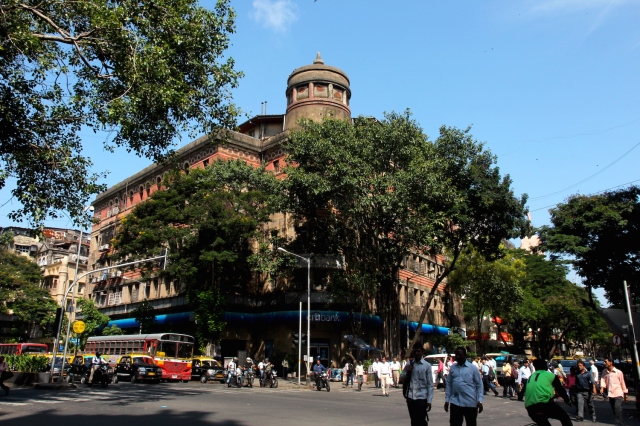 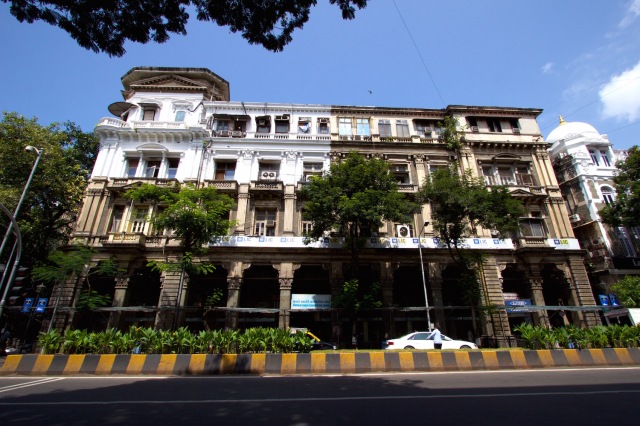 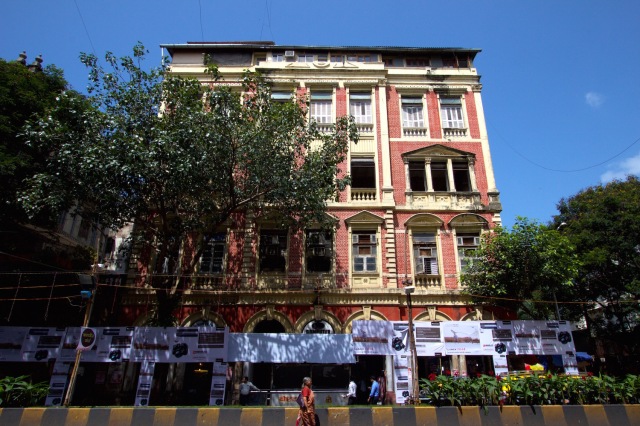 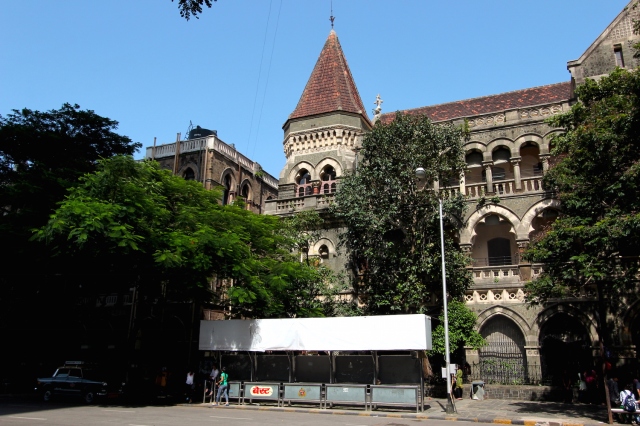 From Victoria Terminus to Crawford Market 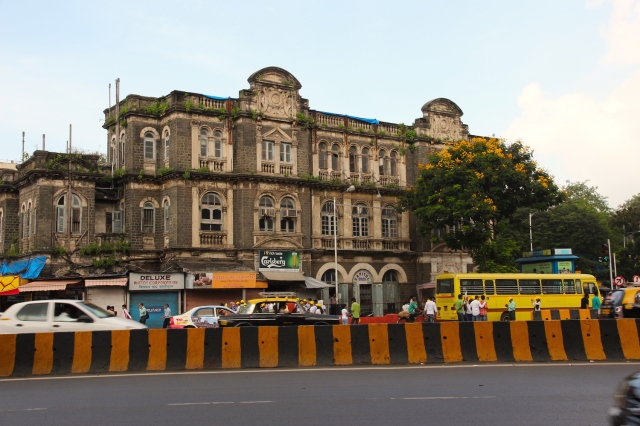 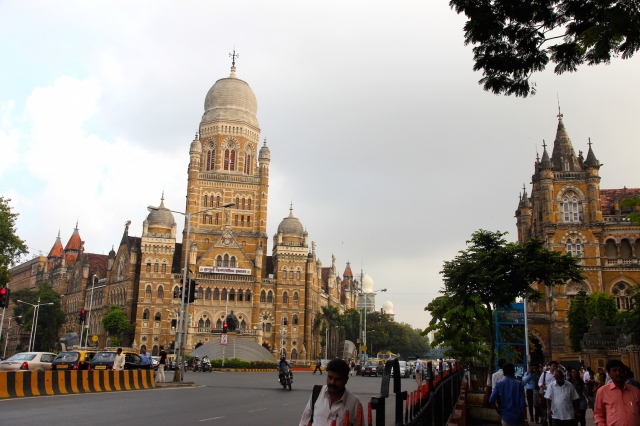 View of the Municipal Building at left and Victoria Terminus at right.

The Municipal Building was designed by Frederick William Stevens in a Victorian Gothic style with Byzantine elements, and completed in 1893.

Across from the Municipal Building sits the crowning glory of Bombay and Frederick William Stevens’ work – Victoria Terminus, 1888, in an exuberant Victorian Gothic Revival style with Byzantine elements.

The General Post Office, designed by George Wittet in the Indo-Saracenic style and completed in 1911. 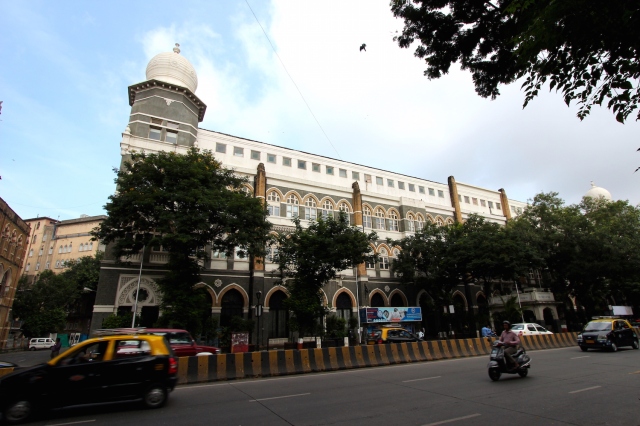 The Times of India, Indo-Saracenic style, 1903. 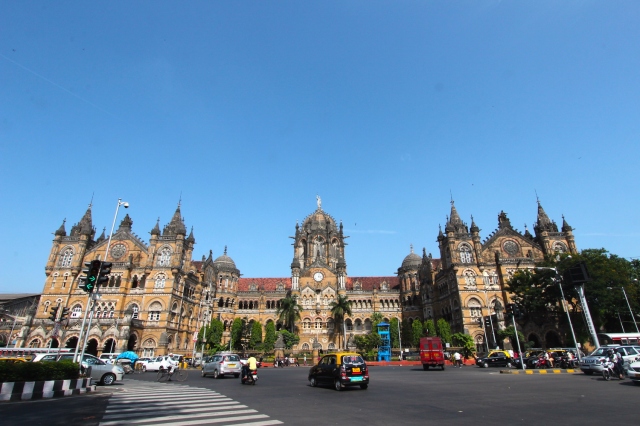 …and a backward glance at Victoria Terminus, once again.

I am a wandering cityophile and pattern-finder who is pathologically incapable of staying in one place for any long period of time. When I do, I see the place from different perspectives, obsessive-compulsively.
View all posts by Kennie Ting →
This entry was posted in Art & Architecture, Cities & Regions, Culture & Lifestyle, Heritage, India, Landmarks & History, Photography, Sociology & Urban Studies, Travel & Mobility and tagged Architecture, Bombay, British India, Colonialism, Heritage, History, India, Monumental Bombay, Mumbai, Oval Maidan, Port and Princely Cities of the Subcontinent, The Grand Tour, Travel, Victorian Gothic. Bookmark the permalink.