Resolution for 2017: Acts of Rebellion, Great and Small 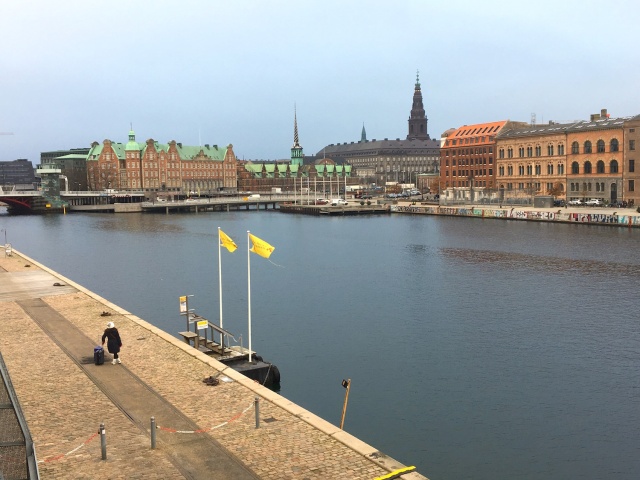 This time last year, I made a resolution to Laugh More and Laugh Easily, because to laugh more is to be more thankful, to have clarity of purpose and to be able to let go. I must say that on the whole, I have kept to my resolution rather faithfully. I have, indeed, LAUGHed way more than I thought I w(c)ould, even in the face of GREAT and UNEXPECTED change.

2016 has been momentous on the personal and global level… New book contracts for my Young Adult Fantasy Trilogy set in a magic-infused Singapore; sudden new role as a Museum Director, requiring a MAJOR shift in lifestyle and public visibility; ongoing work on another coffee-table book project on Singapore’s Heritage… And then there was Brexit and Trump, one closely following the other.

The impact of everything that’s happened in 2016 will only unfurl in the year to come; but by the looks of it, 2017 is turning out to be a rather challenging year; a year defined by obligation and limitation, rather than freedom and opportunity.

Which is why I have decided that my resolution for 2017 must be to perform ACTS OF REBELLION, GREAT AND SMALL, with great frequency, whenever I can.

Louisiana Museum of Modern Art, in the outskirts of Copenhagen.

Because to rebel requires courage. Courage to stand for what one believes in. Courage to pursue one’s dreams regardless of what may come. Courage to say NO as much as to say YES. Courage to dive into the unknown and trust that everything will turn out ok. Or perhaps it won’t. But that’s alright too. We move on and we grow.

And to rebel requires confidence. Confidence in one’s decisions and one’s chosen pathway. Confidence that what I’m pursuing – what I want – is the best possible thing for me at this point in time, and that nobody else can tell me otherwise, because they aren’t ME.

To rebel is to defy predictability. The last thing I want to be is predictable, because predictability is a kind of obsolescence. I don’t want to do things that people expect of me. It’s boring and energy-sucking. And one should never live life either a) based on other peoples’ expectations or b) having your lifeblood-energy sucked out of you all the time – a) and b) being one and the same. The last thing I will do – as a writer, and ALSO as a Museum Director – is what everyone expects. That’s just plain dull. Sorry.

To rebel is to be innovative and resilient. To find clever, sophisticated and ultimately, subversive ways to work around, below, above and beyond limitations. There are no such things as BARRIERS when you put your mind to achieving something. There are just inconvenient obstacles that you have to circumvent. Focus on the goal and not on the circumstance. Give in to get more. Life is a trade-off. Remember that and milk it for all it’s worth.

To rebel is ultimately to be true to one’s self. To understand that one is only accountable to one’s self, and to nobody else. Yes, there are obligations one has to meet in the various roles that one plays (such as that of a Museum Director). But at the end of the day – you are responsible for achieving your dreams and goals, and for standing up for your values and ideals. No one else will do these for you. So go for it, with fearlessness and ferocity.

So yes… don’t say I didn’t warn you all.

2017 is my year of REBELLION. I won’t even tell you what that would entail at a practical, day-to-day level – you just have to watch out for it.

All I can say is that this year I’m going to be badass, but always, as ever, polite. There’s never a good reason to be rude. =)

KENNIE TING. Dreamer, Writer and (for the moment) Museum Director.

[PS: Thank you, old friend – you know who you are! – for the reminder as to the importance of rebelling. I hope to see you soon.]

I am a wandering cityophile and pattern-finder who is pathologically incapable of staying in one place for any long period of time. When I do, I see the place from different perspectives, obsessive-compulsively.
View all posts by Kennie Ting →
This entry was posted in Home, Literature & Philosophy, Uncategorized and tagged Christmas, Heritage, History, Lifestyle, Travel. Bookmark the permalink.