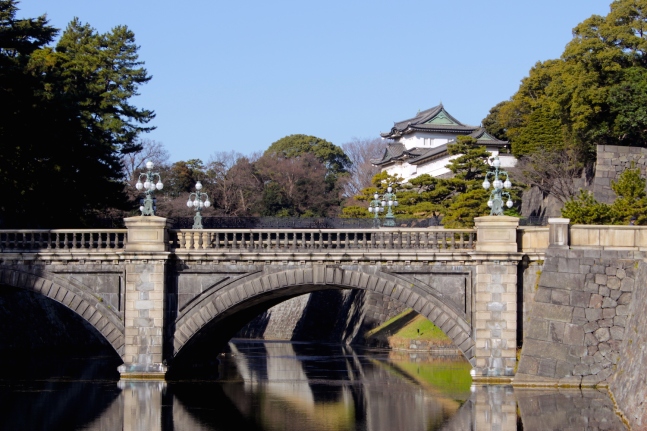 View of the Nijubashi 二重橋 and the Imperial Palace in Tokyo

So finally, 15 months and 14 cities later, we arrive here at the final destination of our Grand Tour of the Far East: Tokyo, also known as the Eastern Capital 東京.

Tokyo is most often known as a hyper-modern metropolis – a mega-city of skyscrapers and endless urban sprawl. But the reality is that the city has managed to balance the ancient against the contemporary, and buried not far beneath the hulking megalopolis the city is today are traces of the city as it once was. 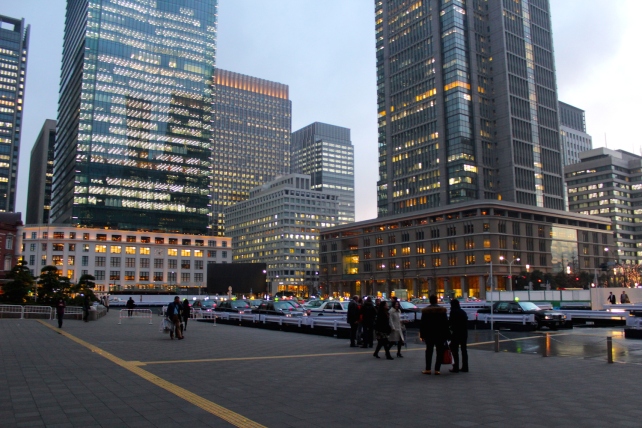 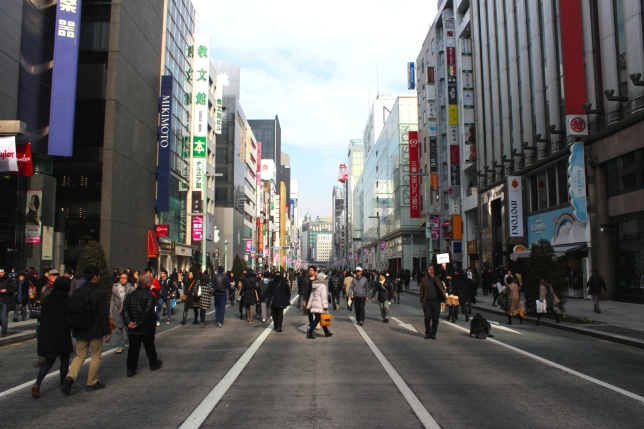 There are multiple layers of history in Tokyo, all of which have left tangible traces in the urban landscape. Most tourists come for the shopping or the food or (if you are European or American) for the strangeness of Japanese culture. And so most miss just how complex the city’s historic landscape is.

There is the old city of Edo 江戸, for example – what Tokyo once was, when Japan itself was ruled by the powerful Tokugawa shogunate. That old city which once sat along the Sumida River 隅田川 – Tokyo’s main river – still exists today, at and around Asakusa 浅草 and in Kabuki-cho 歌舞伎町, where there still exist numerous instances of old Japanese wooden houses, clinging on stubbornly in the midst of development. 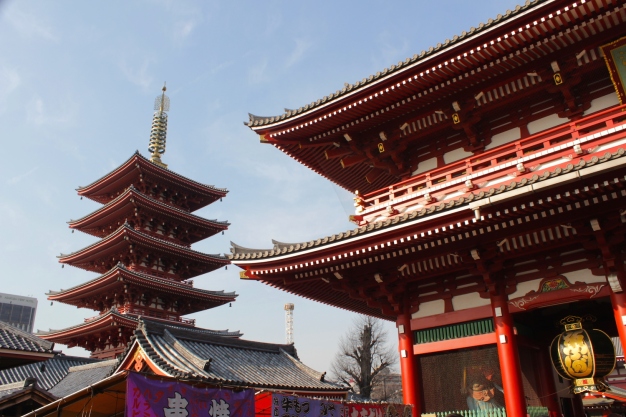 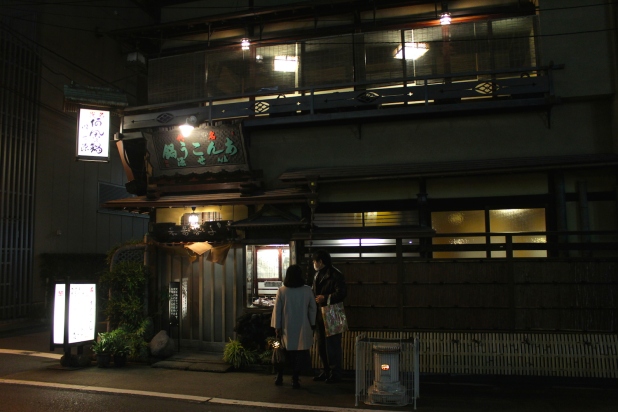 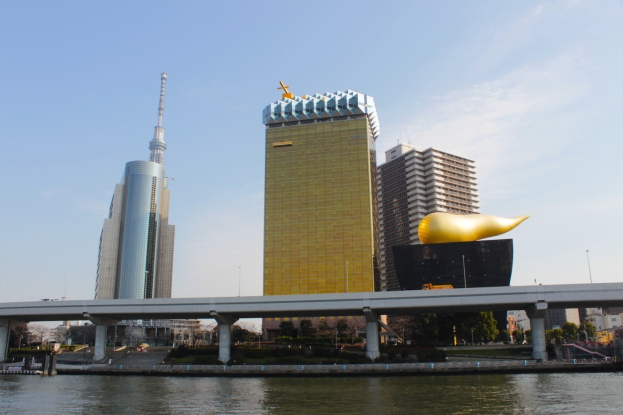 The Sumida River today, with the infamous Asahi statue.

Edo became Tokyo in 1868, when – in an unprecedented move – the Meiji 明治 Emperor decamped from the traditional imperial capital of Kyoto, and shifted his residence to Edo, which he renamed Eastern Capital.  The Meiji Emperor ended the shogunate once and for all, and heralded in a half century of industralisation and modernisation. This act of consolidation of imperial power in the hands of the Emperor would come to be known as the Meiji Restoration.

Traces of the Meiji era (1869 – 1912) still remain, in the form of the many quaint, almost surreal red-brick European-style buildings in Tokyo’s Chiyoda 千代田 district and in the startlingly beautiful Meiji Shrine. The mixed European-Japanese style of architecture continued through the reigns of the Meiji Emperor’s successors, the Emperors Taisho大正 (1912 – 1926) and Showa 昭和 (1926 – 1989). 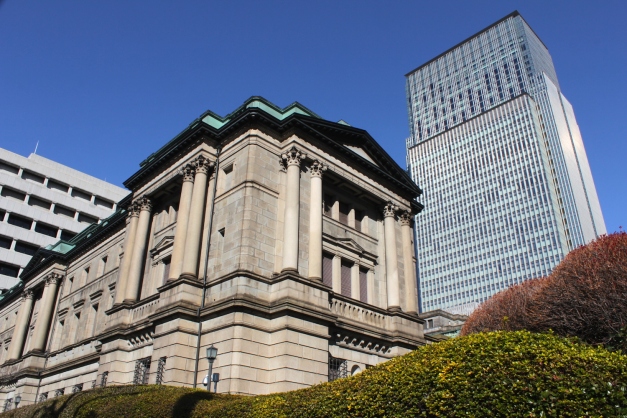 The Bank of Japan building was built in 1896. 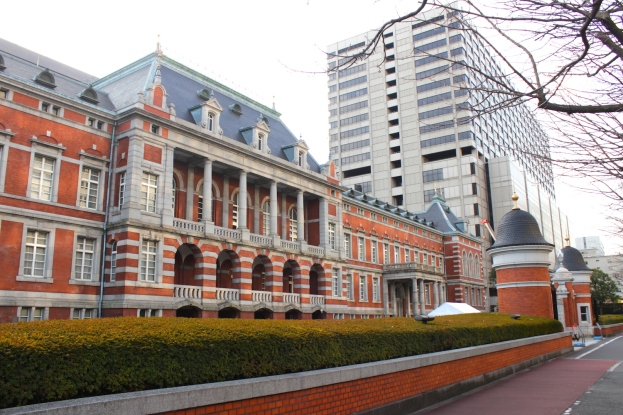 The former Ministry of Justice building was built in 1895 and is a major Meiji-era piece of cultural heritage.

Around the time of the Meiji Restoration, a foreign settlement was also established in Tokyo, at Tsukiji 築地 (in 1869) some ten years after the founding of the treaty port of Yokohama. This settlement was unfortunately destroyed in the Great Kanto earthquake in 1923, and very little actually remains of it today. Tsukiji itself became better known as a world-famous fish-market subsequently. 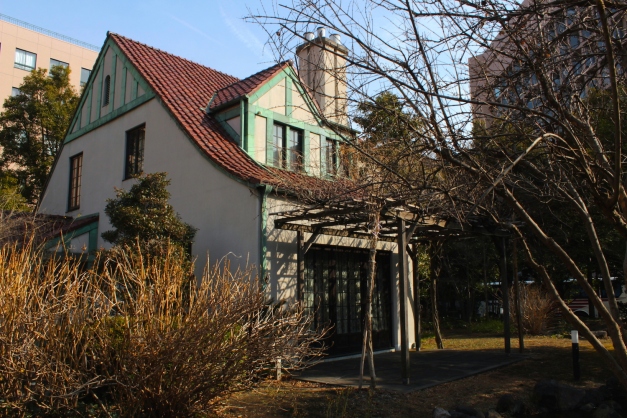 Former consulate building in Tsukiji is pretty much all that remains of the foreign settlement. 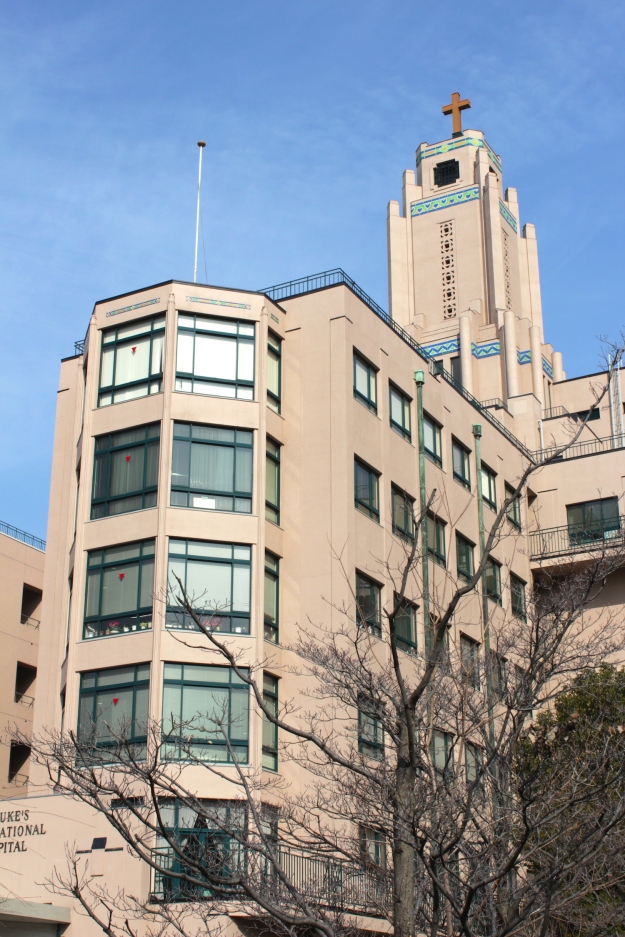 St Luke’s Hospital is the only other edifice still remaining from the Tsukiji Foreign Settlement Era. 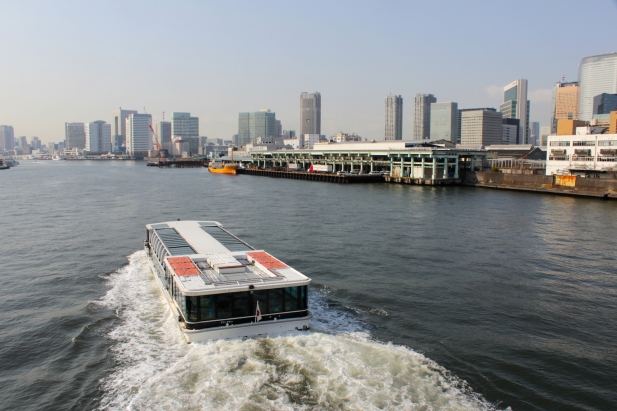 The Sumida River and the Tsukiji Fish Market (right) today.

Tokyo was also an imperial city – a fact that one almost overlooks today. It was the centre of a Japanese colonial empire that took in Korea, Manchuria and numerous port cities in northern China. The Meiji, Taisho and Showa-style buildings in Tokyo echo those to be found also in Seoul, Dairen and Tsingtao, which were major cities in the Japanese empire from the early 1900s till World War II.

Understandably, this is a part of history that neither China, Korea nor Japan has come to terms with. 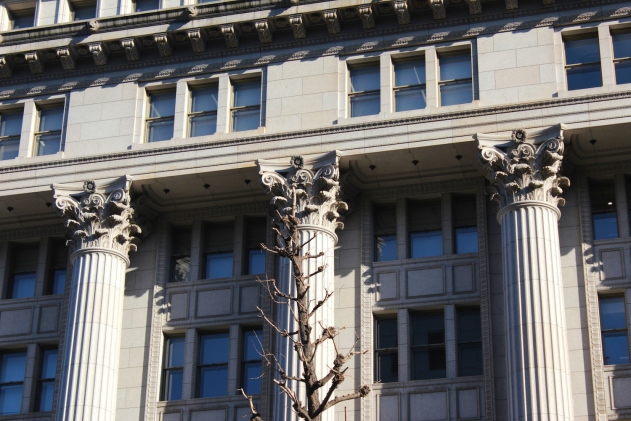 European style bank building in Chiyoda ku – to be found wherever the Japanese colonised. 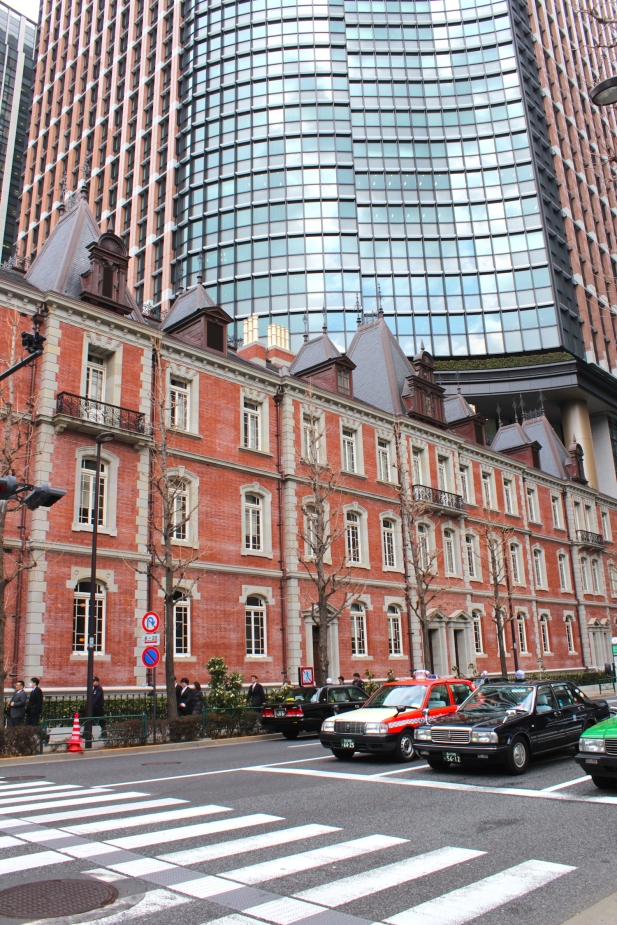 Old and new in Tokyo – the Mitsubishi Ichogokan 三菱一号館 Museum is a faithful reconstruction of the original building, erected in 1894. 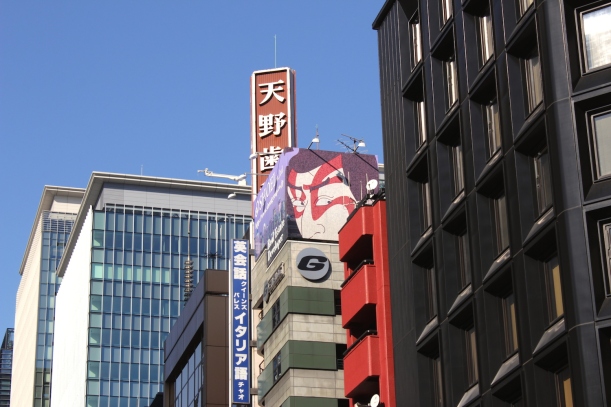 Old and New in Tokyo.

I am a wandering cityophile and pattern-finder who is pathologically incapable of staying in one place for any long period of time. When I do, I see the place from different perspectives, obsessive-compulsively.
View all posts by Kennie Ting →
This entry was posted in Art & Architecture, Cities & Regions, Japan, Landmarks & History, Photography, Travel & Mobility and tagged Eastern Capital, Imperial Japan, Japan, Meiji REstoration, The Grand Tour, The Grand Tour of East Asia, The Grand Tour of the Far East, Tokyo. Bookmark the permalink.