Oura Church, built in 1864, is a National Treasure and is a major landmark in the Oura Foreign Settlement. To the right is the Archbishop’s Residence, built in 1914.

In 1858, Japan signed the Harris Treaty, also known as the Treaty of Amity and Commerce with the United States of America.  The Treaty Port Era had begun for the Land of the Rising Sun.  Five ports were forced open to the Americans: Shimoda, Hakodate, Kanagawa, Niigata and, of course, Nagasaki.  Thereafter, the Japanese were forced to sign other similar Unequal Treaties with the Great Powers: Britain, France, Holland and Russia.

In Nagasaki, the Dutch trade monopoly in Dejima was abolished and a new foreign settlement was designated in Oura 大浦 around 1962.  The area took on the semblance of most foreign settlements in the East – with a commercial Bund (known as the Oura Bund) flanking the water, and a low-rise residential area that extended up into the hills.

The Foreign Settlement would revert to Japanese rule within forty years in 1899, as Imperial Japan, under the throes of the Meiji Restoration, shrugged off colonial rule and became its own colonial power.

But much of the heritage of the foreign settlement remained in Nagasaki and still exists today in the Oura district.  Many of the historic buildings and residences from the Treaty Port era have been gathered up and relocated on the top of Glover Hill, in what was once the residence of Thomas Blake Glover, a Scottish merchant who contributed greatly to the modernisation of Japan in the Treaty Port years.

His estate, including his actual residence, as well as the dozen or so other historic buildings, has been turned into a outdoor architecture museum-cum-nostalgic theme park called Glover Garden, and it is at and around the park that we start our journey.

Outside of Glover Garden, clusters of historic buildings still stand on Glover Hill, particularly around Hollander Slope, or Dutch Slope and Higashiyamate 東山手 – which was a former residential and Consulate area.  The Dutch were only one of the foreigners who lived here – the Japanese called ALL white people Hollanders.

The third part of our tour is of what remains of the Nagasaki Bund, once a bustling centre of trade and commerce, but today, a lot quieter and largely tourist-oriented. Only three of the buildings on the former Bund still stand today, as mute witness to a more illustrious past.

Finally, we make a detour to the suburb of Urakami 浦上 – the historic centre of Japanese Catholicism since the Portuguese era – to pay a visit to the historic Urakami Cathedral. The Cathedral was most famously destroyed by the Atomic Bomb in 1945, rebuilt in 1959 and restored in 1980 to more closely resemble the original.

Oura from my balcony at the ANA Crown Plaza Hotel Nagasaki Glover Hill (the former Bellevue Hotel). Although entirely modern-Japanese, the architectural style here is still self-consciously European.  Note the original of-the-era residence at left-centre, which is a children’s museum today.

The residence of Thomas Blake Glover (1863).

The residence of British merchant Frederick Ringer (1869) is in a Californian hacienda style. 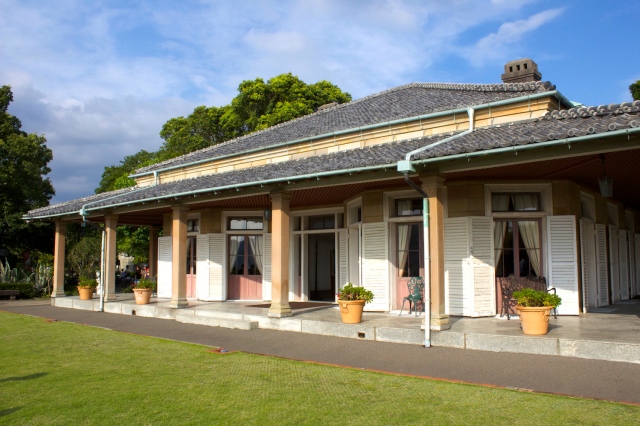 The residence of British merchant, Willian J. Alt, built in 1865. 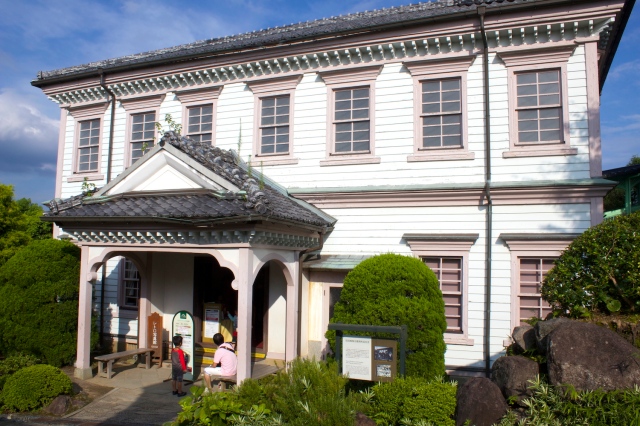 The former residence of the President of the Nagasaki District Court (1883) has a distinctly East-West architecture.

The former residence of Robert Walker Jr, built in the late 19th century.

The Jiyu-tei Teahouse was Japan’s first Western-style restaurant and it still functions as a restaurant today on the grounds of Glover Garden.

The Mitsubishi No. 2 Dock House (1896) is an example of Meiji-era Western style architecture. 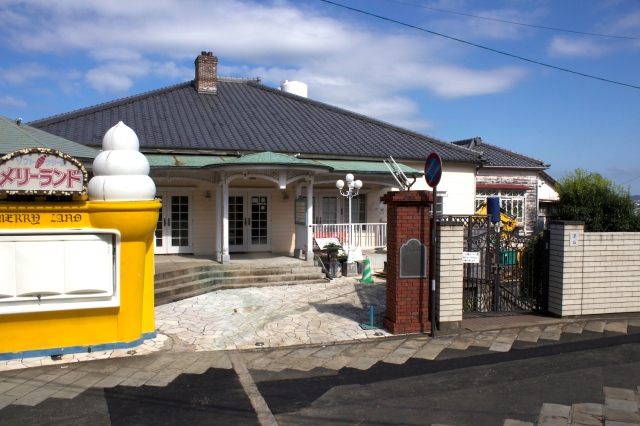 Outside of Glover Garden, there are still clusters of probably Treaty-port era residences still standing. This one literally stands outside Glover Gardens and is a cafe. 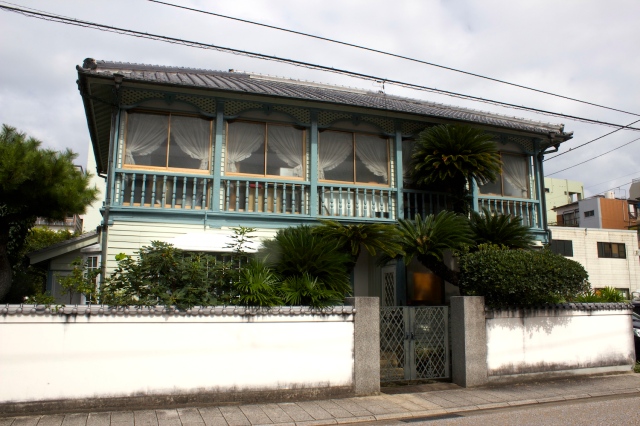 This residence stands at the foot of Glover Hill and a couple of streets away from Hollander Slope.

The stone marker indicates the beginning of Hollander Slope – the foreign settlement proper. 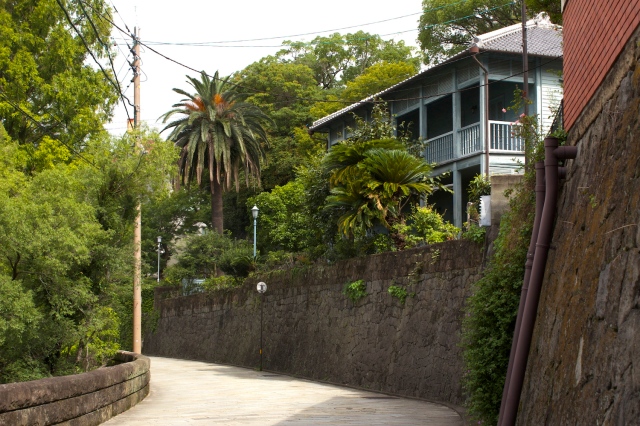 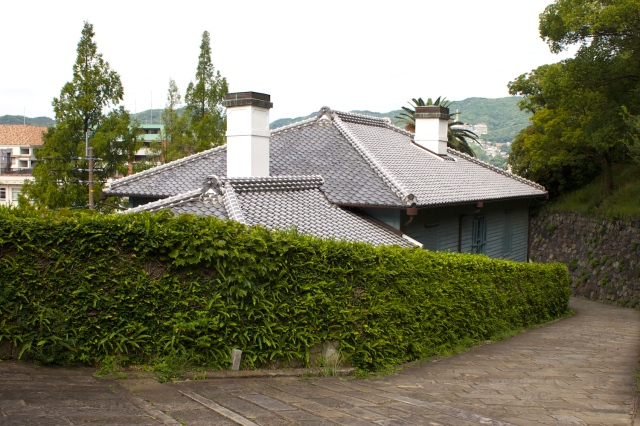 View over the rooftops of historic residences on Hollander Slope.

A separate cluster of well-preserved historic residences in Higashiyamate around the hill from Hollander Slope.

Close-up of one of these historic residences.

The Nagasaki Bund and vicinity

The former Nagasaki International Club was established after the Treaty Port Era in to ensure that good relations ensued between the Japanese and foreigners (such as Frederick Ringer) who continued to live and trade in the city. The building was erected in 1903.

The former British Consulate on the Oura Bund, built in 1908 (after the Treaty Port era). 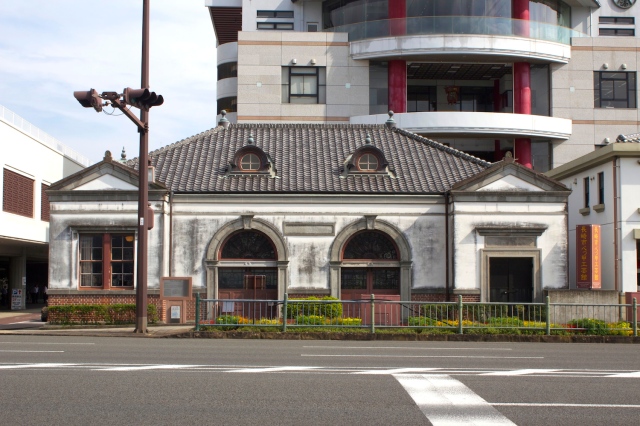 Former warehouse on the Oura Bund. 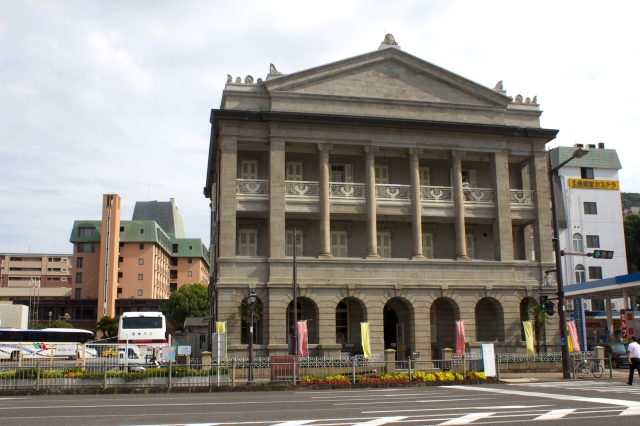 The former Hong Kong and Shanghai Bank Building on the Oura Bund. To its left is the former Bellevue Hotel. 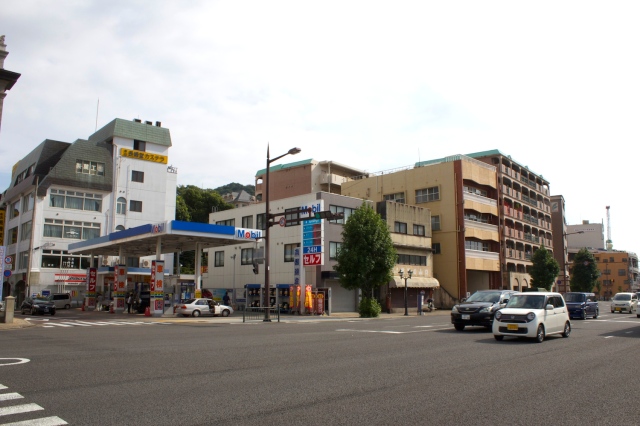 The site of the former Nagasaki Hotel – the city’s other grand hotel (before the Bellevue). 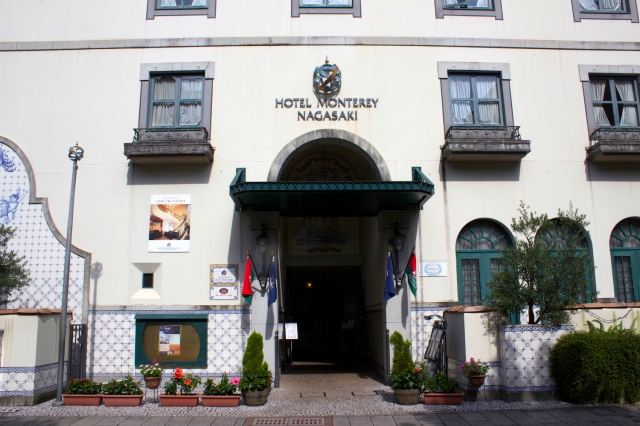 Warehouses behind the bund.

More warehouses behind the Bund. 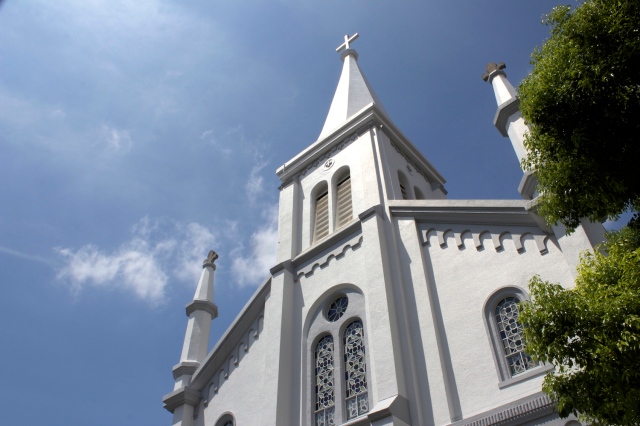 Nakamachi Catholic Church (1897) is not actually near the Bund but it is close to the Memorial to the 26 Japanese martyrs. 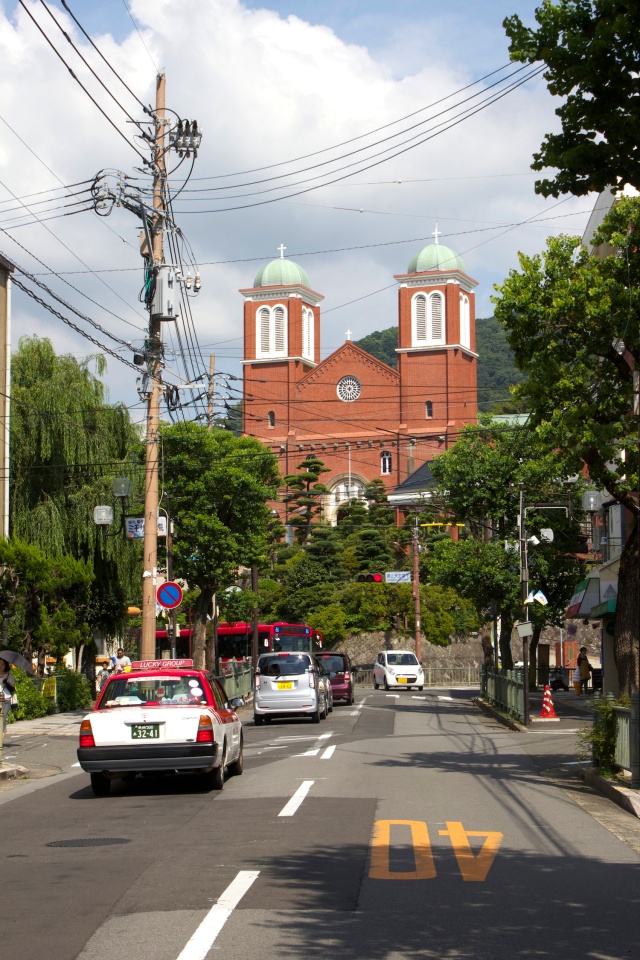 The suburb of Urakami 浦上, with the Cathedral in the distance. 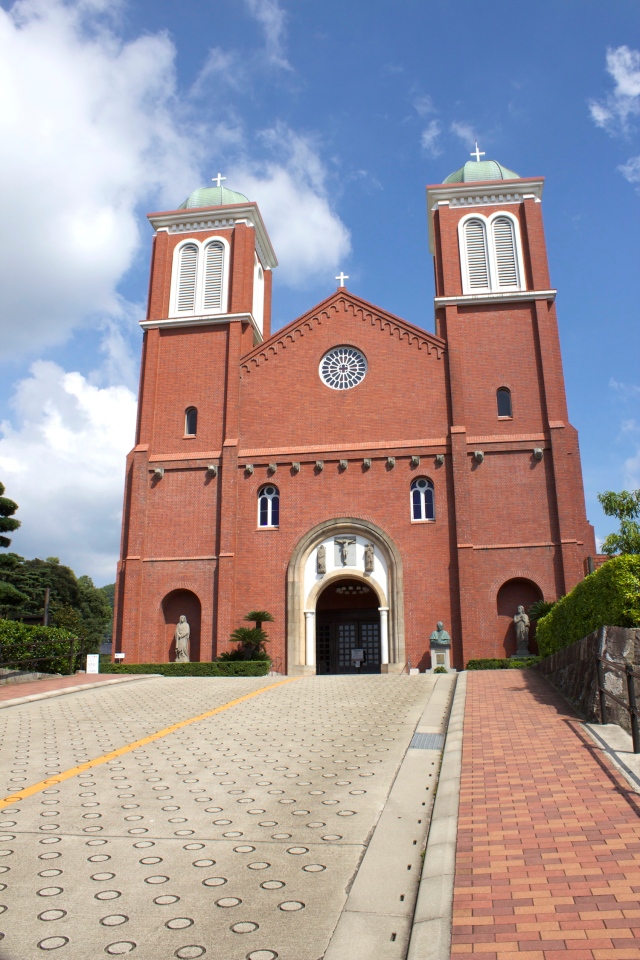 Close-up of the imposing Urakami Cathedral

I am a wandering cityophile and pattern-finder who is pathologically incapable of staying in one place for any long period of time. When I do, I see the place from different perspectives, obsessive-compulsively.
View all posts by Kennie Ting →
This entry was posted in Art & Architecture, Cities & Regions, Culture & Lifestyle, Japan, Landmarks & History, Photography, Travel & Mobility and tagged Foreign Settlement, Japan, Nagasaki, Oura, The Grand Tour, The Grand Tour of the Far East, Treaty Ports. Bookmark the permalink.