European Palace in the Deoksugung, view from Jeong-dong.

In October 1897, King Gojong – the last King of the Joseon Dynasty – declared independence from Qing China and proclaimed the formation of the Daehan Jeguk, or the Korean Empire from the confines of the Deoksugung Palace.

Just a year earlier, in aftermath of great power politics, his wife Queen Min had been assassinated by the Japanese, and he had fled with the Crown Prince to the Russian Legation in the Jeong Dong Quarter, seeking sanctuary.  He would return to begin the reformation and modernisation of Korea that would be cruelly cut short by the Japanese in 1910.

Already by the late 1890s, Jeong-dong – the precinct sitting immediately beyond the walls of the Deoksugung Palace, was home to the few foreign legations and missions that established themselves in Korea.  The Deoksugung itself, as if acknowledging this European influence, even contains Western style architecture alongside the traditional Korean.

The two most significant Daehan Jeguk era sites in Jeong-dong today include the Chungdung Methodist Church, the first church built in Korea, in 1897 – the first year of Emperor Gojong’s reign; as well as the Jungmyeongjeon, which was the Royal Library built in 1897.  The latter is historically significant: when the Deoksu Palace was burnt down in 1905, the Royal Library became Emperor Gojong’s de facto offices for national affairs; and it was here that Emperor Gojong was forced to sign an unequal treaty with Japan in 1905, that eventually led to Korea’s annexation in 1910.

[There is a third significant building from the Daehan Jeguk era, which is the Myeongdong Cathedral, established in the Myeongdong district in 1898. It too is shown here.]

Today, the entire precinct is one of the most pleasant areas in downtown Seoul, being verdant, tranquil and the perfect place for a romantic date or a moment of calm and reflection. 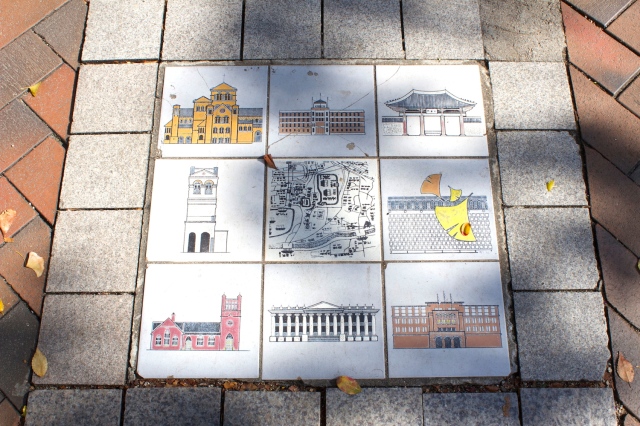 Specialty tiles laid into the pavement showing the key sights in Jeong-dong.

Walking along the walls of the Deoksu Palace.

The former Gyeongseong Courthouse, built in 1928 by the Japanese. It is today’s Seoul Museum of Art. 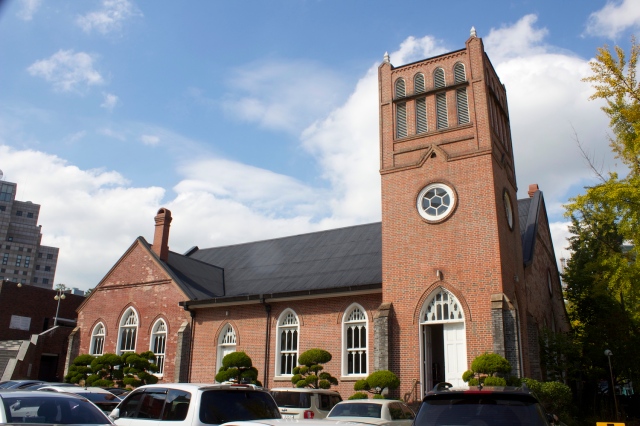 Chungdong Methodist Church is the first Church built in Korea, established in 1897, in the first year of the Daehan Jeguk. 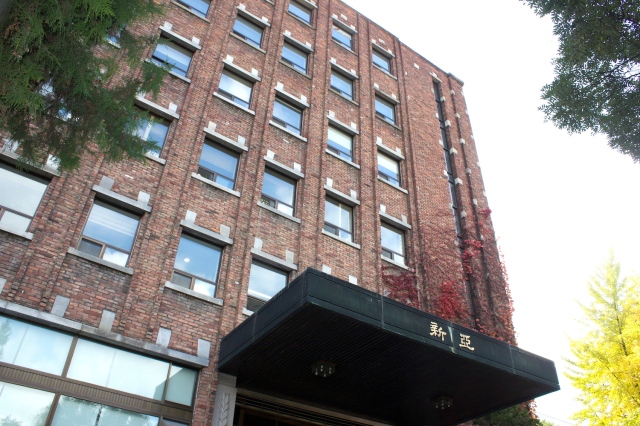 This is the Eastern Hall of the Paichai Hakdang, built in 1916. The school itself was founded by Henry Appenzeller in 1885 and was the first Western style school in Korea.

The Ewha Girl’s School Simpson Hall was built in 1916. The Girl’s School was established in 1886 and continues to be a prestigious school today.

The Jungmyeongjeon, built in 1897 as the Royal Library, used to be the residence of western missionaries. 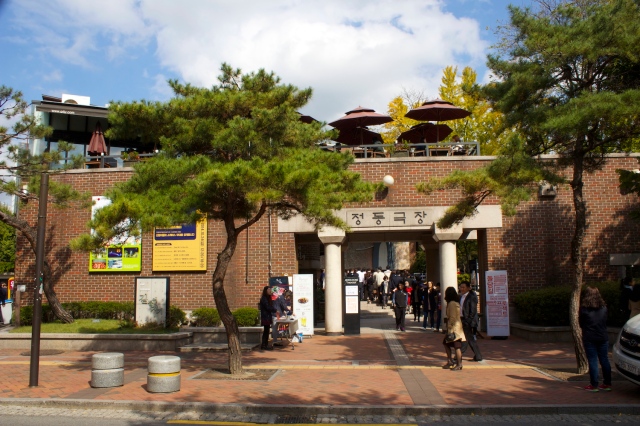 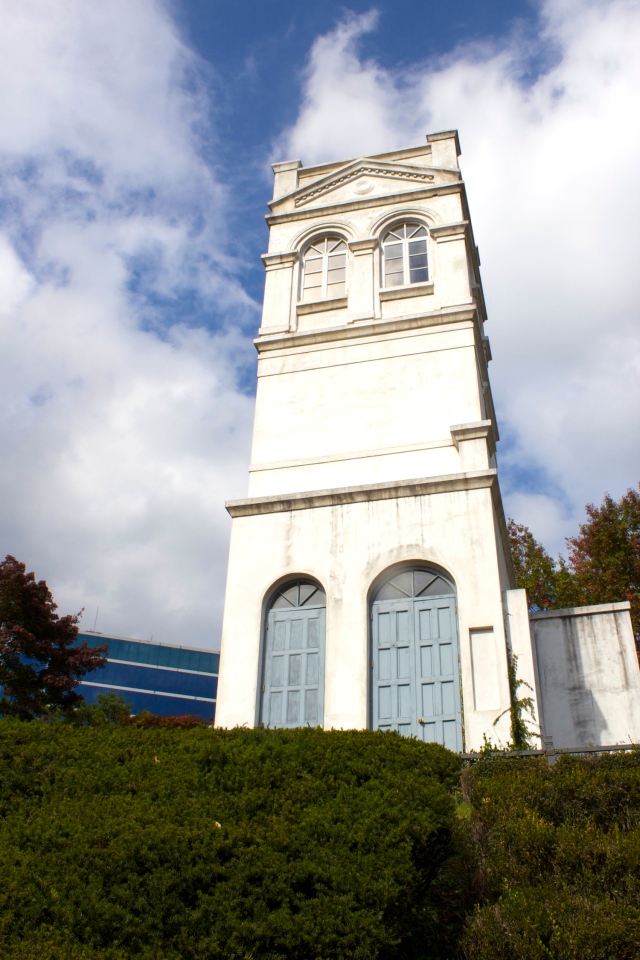 the former Russian Legation was built in 1890. It was largely destroyed during the Korean War and this is all that stands. 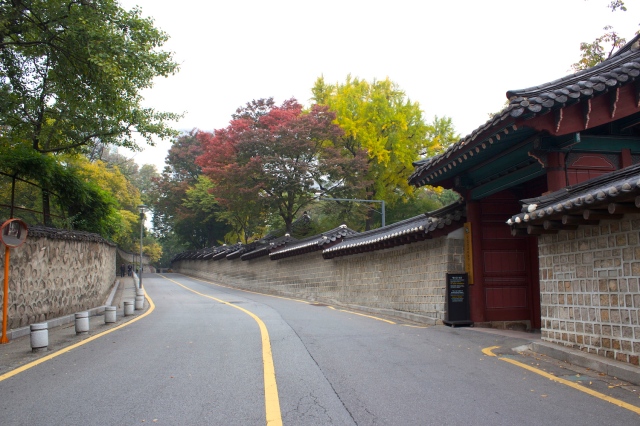 The walls of the Deoksu palace.

The Salvation Army is built in 1928 during the Japanese era.

Seoul Anglican Church was built in 1922. 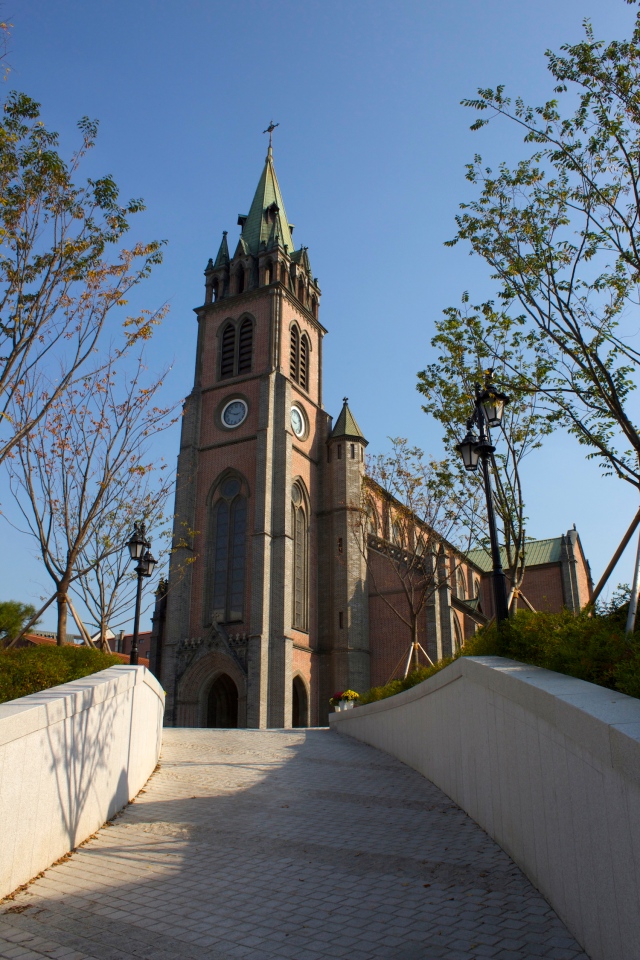 The Myeongdong Cathedral sits in the Myeongdong precinct. But it dates from the Daehan Jeguk era, having been built in 1898.

I am a wandering cityophile and pattern-finder who is pathologically incapable of staying in one place for any long period of time. When I do, I see the place from different perspectives, obsessive-compulsively.
View all posts by Kennie Ting →
This entry was posted in Art & Architecture, Cities & Regions, Culture & Lifestyle, Landmarks & History, Photography, Travel & Mobility and tagged Hanseong, Jeong dong, Korea, Myeong dong, Seoul, The Grand Tour, The Grand Tour of the Far East. Bookmark the permalink.