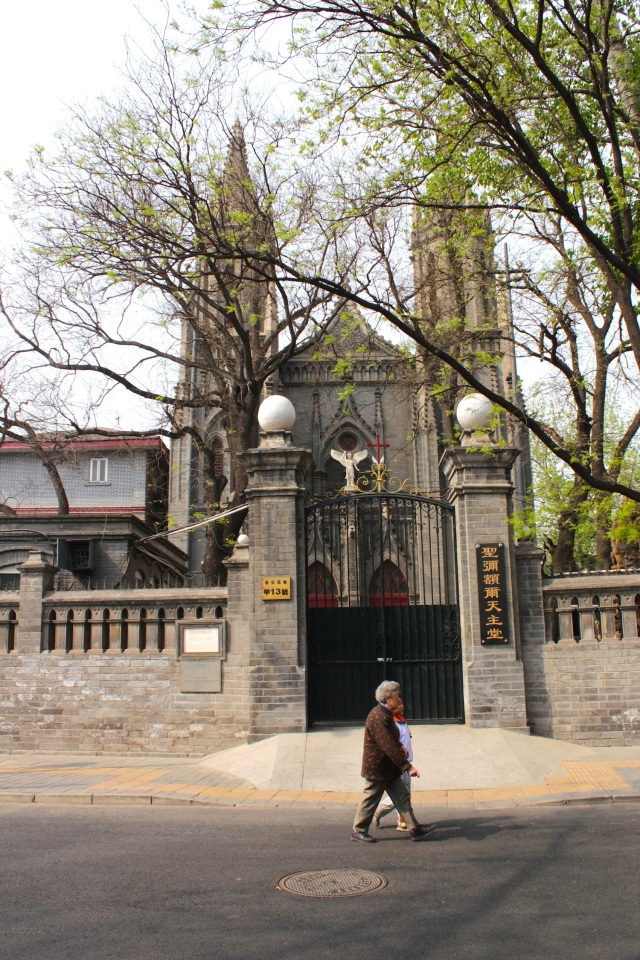 Instead of the more obvious historical and tourist sites, I have chosen to start off my sojourn in Peking with a tour of the Former Foreign Legation Quarter.

Unbeknownst to many today, Peking too was not free from European colonial ambition.  In the aftermath of the Second Opium War in 1860, China signed the second of the so-called Unequal Treaties with the European powers allowing them the rights to establish even more treaty ports on the Eastern Coast, and – in a diplomatic coup – to establish Foreign Legations inside the walls of the inner city of Peking, East of Tiananmen Square, walking distance of the Forbidden City itself!

The Legation Quarter was established in 1861, and held out till 1937, at the beginning of the Second Sino-Japanese War when many Europeans left Peking and the Legation Quarter was formally handed back to China.  That said, a few foreign legations remained within the quarter till 1959, after which they were finally relocated outside the inner city walls, to the Sanlitun 三里屯 area.

At the height of the Legation Quarter in 1910s, there were 12 Foreign Legations in Peking, Legation being a rather out-dated term for Embassy.  These Legations belonged to the British and the French – the first to arrive – as well as the Americans, the Dutch, the Germans, the Italians, the Austro-Hungarians, the Belgians, the Spanish, the Portuguese, the Japanese, and, interestingly, the Mexicans.

Each of these nationalities occupied their own complex of buildings within the Legation Quarter, which, itself had extra-territoriality, which means it operated according to European rather than Chinese laws.  Like the other foreign concessions and treaty ports, it functioned like a city within a city, with its own post office, hospital, churches, parks and roads.

The Quarter is surprisingly large, somewhat between the sizes of Shameen Island in Canton and Gulangyu Island in Amoy.  In outlook it most resembles Shameen Island, in that it is rather orderly laid out, verdant and compact.  Canals once cut across the quarter, though they have been filled in.

What is most delightful about the Legation Quarter today, however, is the surfeit of Legation-era buildings and structures that still stand within the quarter, making for a pleasant but surreal walk for any visitor.  This tour takes us briefly through the Quarter, presenting a view onto the streets and European buildings, identifying former consulates and significant landmarks where it is able to.

Many of the former legations house government offices today, however, making it rather challenging to take photos of some of the more splendid edifices.

The former Beijing Railway Station, built in 1903 brought visitors to within walking distance of the former City Walls.

Building in the American Legation complex, today restored and repositioned as Chien Men 23 – a lifestyle and F & B destination.

Another building in the American Legation Complex

The Chartered Bank of India, Australia and China (1919). 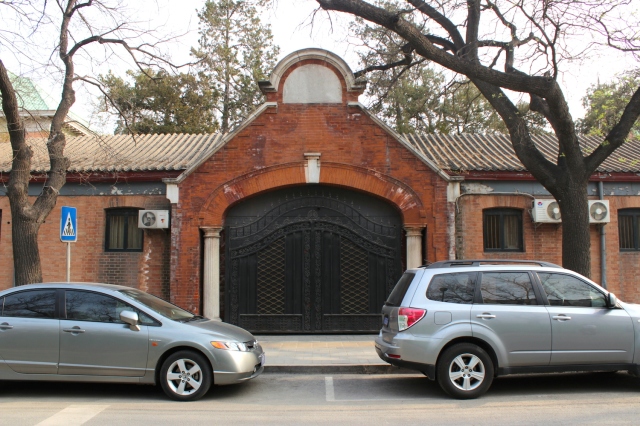 The Netherlands Legation – outside of Peking (and Taiwan), the Dutch never got a toehold onto China. 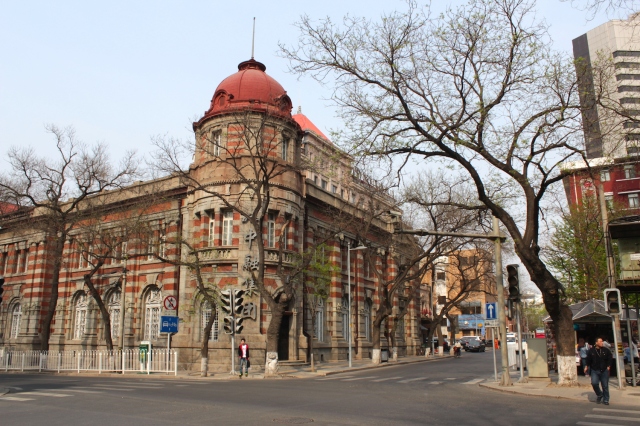 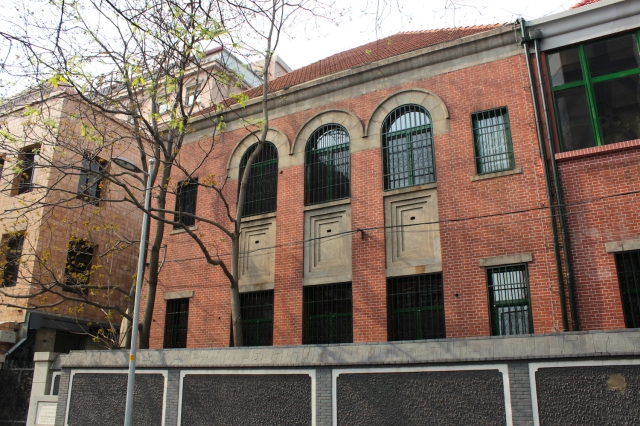 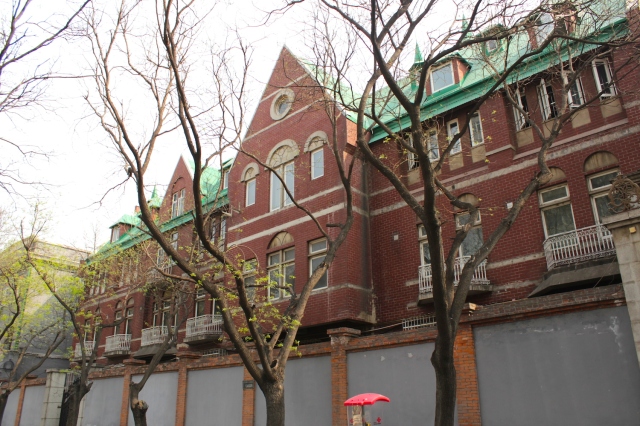 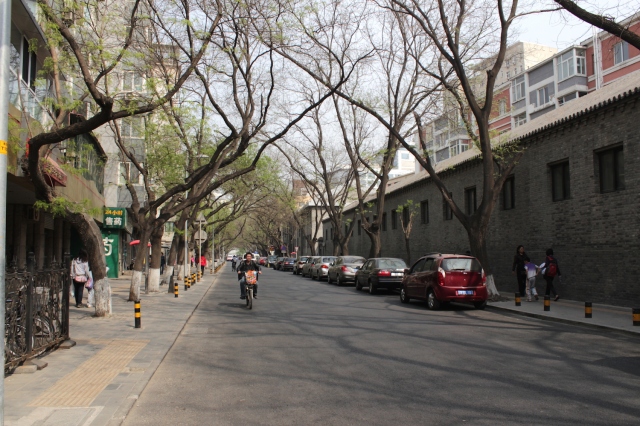 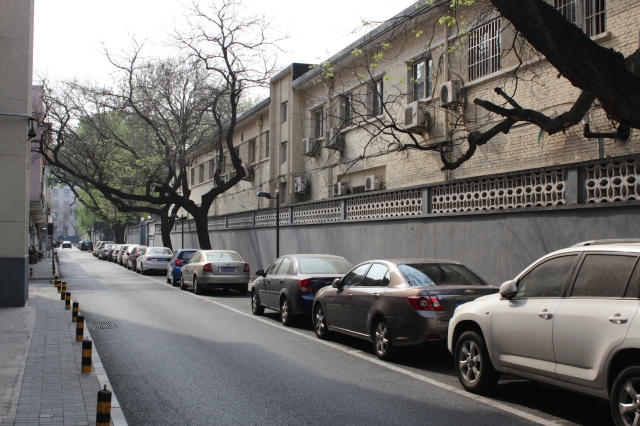 And finally…. a last view of the Legation Quarter.

I am a wandering cityophile and pattern-finder who is pathologically incapable of staying in one place for any long period of time. When I do, I see the place from different perspectives, obsessive-compulsively.
View all posts by Kennie Ting →
This entry was posted in Art & Architecture, China, Cities & Regions, Culture & Lifestyle, Landmarks & History, Photography, Travel & Mobility and tagged Beijing, China, Peking, The Grand Tour, The Grand Tour of the Far East, the Legation Quarter, Treaty of Tientsin. Bookmark the permalink.