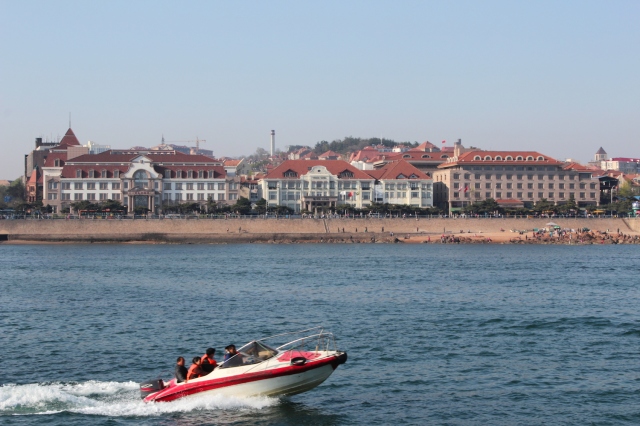 View of the former Hotel Prinz Heinrich – today’s Zhanqiao Peace Hotel from the sea.  The oldest-built wing is at centre.

The grande dame of the Tsingtao hospitality scene at the turn of the century was the Hotel Prinz Heinrich, built in 1899 by the Germans on a stunning location along the Tsingtao waterfront.  It was named after Prince Heinrich of Prussia, a younger brother of the German Kaiser Wilhelm II.

The era of the Grand Tour taking place largely in the late 1910s and 1920s, most Grand Tourists would have remembered the hotel, however, as the Grand Hotel グランド ホテル- which was what the Japanese called it when they took over the colony from 1914.

The former Hotel Prinz Heinrich occupied three buildings along the coast, adjacent to Tsingtao’s famous Zhanqiao Pier.  Today’s Zhanqiao Prince Hotel occupies only one and a half of these buildings.  The rest of the former hotel is occupied by the offices of the local press.

While the buildings themselves still stand, and the interior decor of the lobby largely maintains its original, charming character – the hotel, managed by a local, Chinese, company, is perhaps 3-stars at most.  Though of course by Chinese standards, it is considered a luxury hotel.

Most of the rooms have been generically laid out, except for the suites and balcony rooms facing the front of the main wing – which still retain some old-world charm.  The best rooms in the building – which I happened to have the opportunity to stay in at a very reasonable rate – are the two balcony rooms on the top floor of the hotel, which provide a stunning view onto Tsingtao bay, Zhanqiao Pier, and the new city in the distance.

Up there, one can almost forget that time has passed – so palpably does one feel the lingering charm of German Tsingtao. 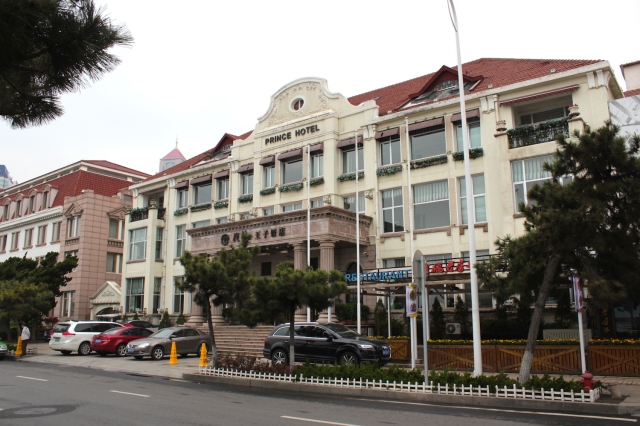 Close-up of the Main Wing, which was the original Hotel Prinz Heinrich as first built. my room was the balcony room at top right. 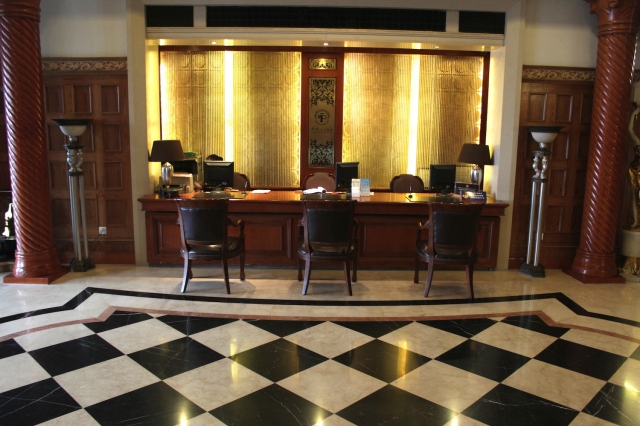 The lobby of the hotel still maintains an Art Nouveau decor. 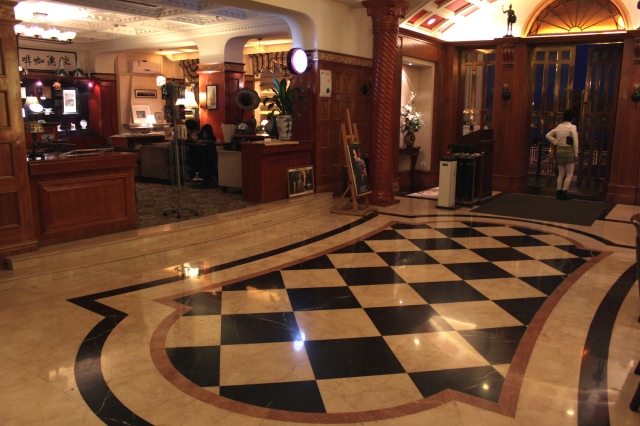 Here’s another view of the lobby, looking towards the main door. 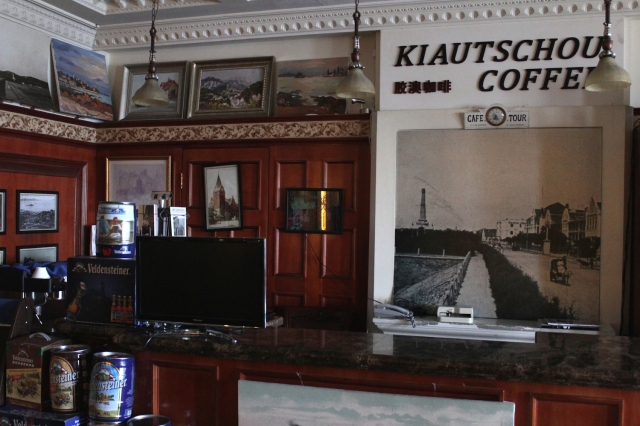 The Kiautschou Cafe is a charming little bar, cafe and bookshop in the lobby. 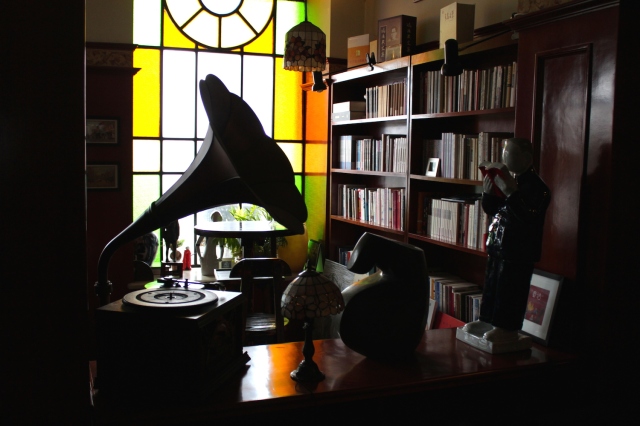 Another view of the Kiautschou Cafe 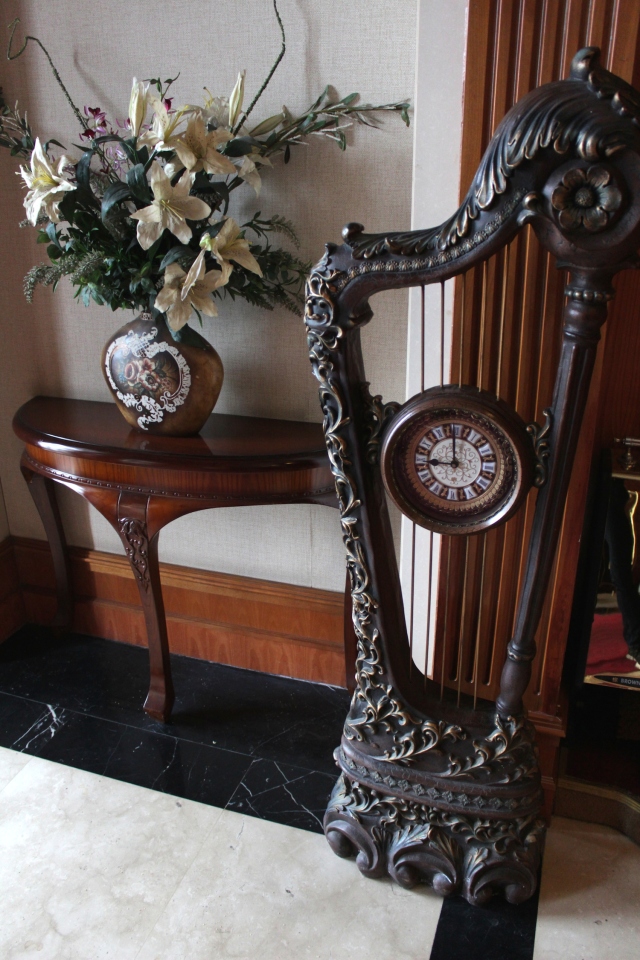 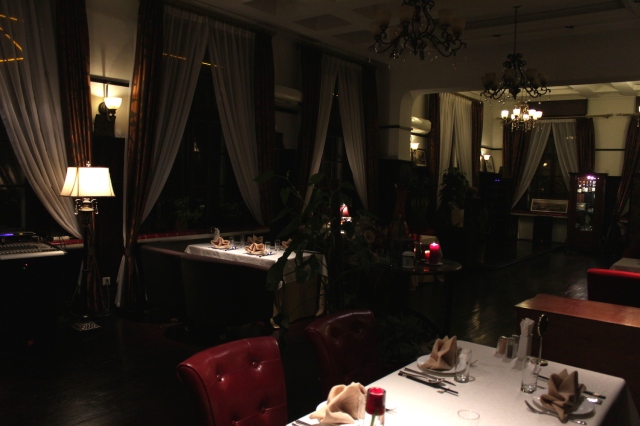 The Hotel had a Chinese seafood restaurant which had been generically furnished. I thought that the restaurant at the former Tsingtao Club, right next door, probably gave a better sense of how the restaurant would have looked like 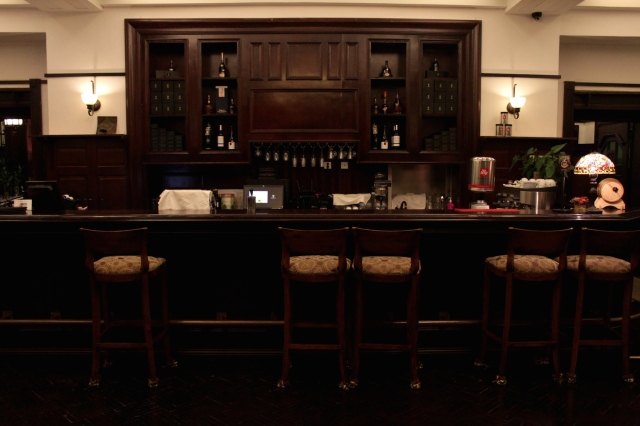 Ditto for the bar – this is from the Tsingtao Club next door; the Hotel presently does not have a bar on its premises. 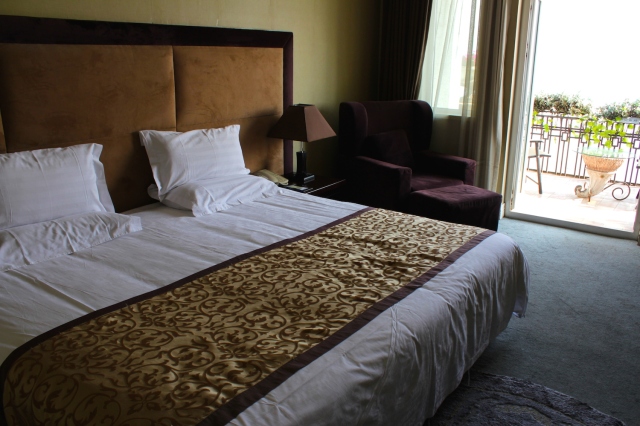 Interior of the balcony room. 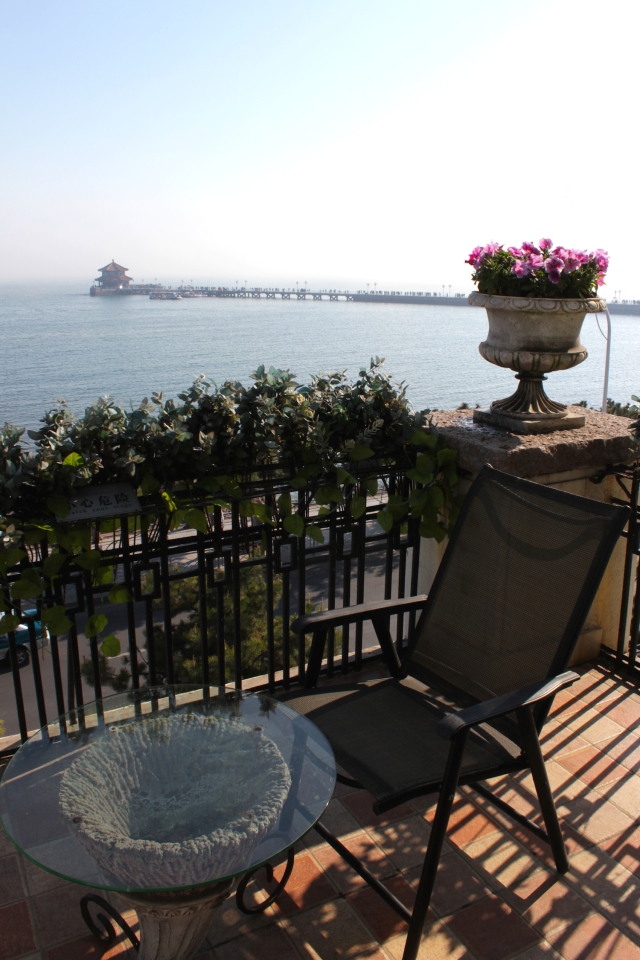 Stunning view from the balcony of the Zhanqiao Pier. 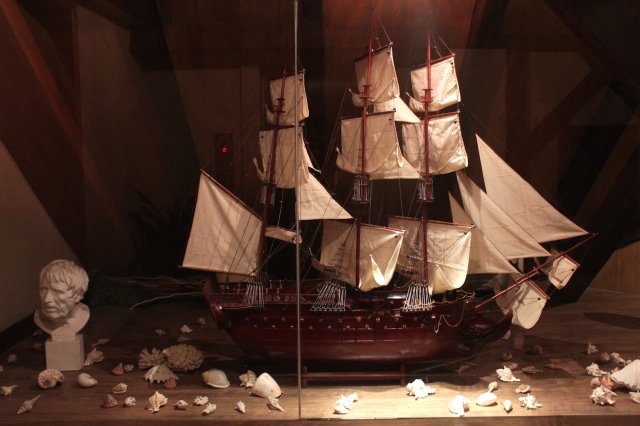 Model of a ship in the hotel’s breakfast area. 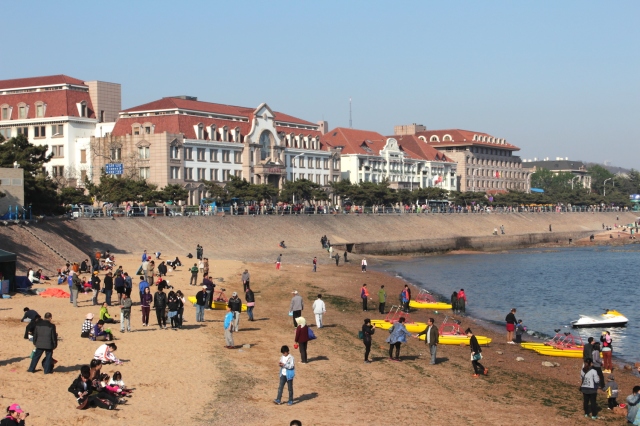 A sweeping view of the Hotel Prinz Heinrich, showing just how stunning and dramatic its location is, along the bustling Tsingtao waterfront.

I am a wandering cityophile and pattern-finder who is pathologically incapable of staying in one place for any long period of time. When I do, I see the place from different perspectives, obsessive-compulsively.
View all posts by Kennie Ting →
This entry was posted in Art & Architecture, China, Cities & Regions, Culture & Lifestyle, Landmarks & History, Photography, Sociology & Urban Studies, Travel & Mobility and tagged China, Hotel Prinz Heinrich, Qingdao, The Grand Tour, The Grand Tour of the Far East, Tsingtao, Zhanqiao Prince Hotel. Bookmark the permalink.