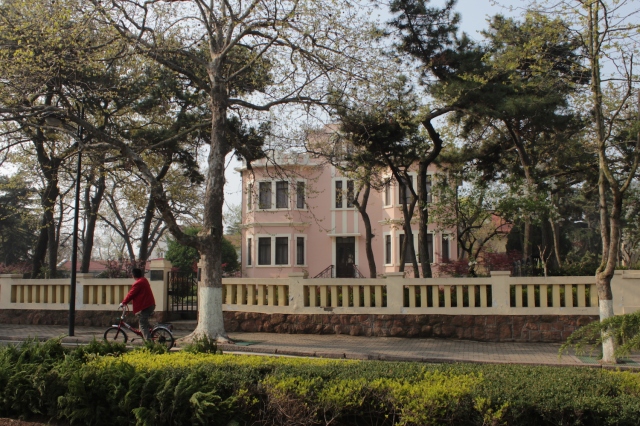 The Eight Passes Villa District, or Badaguan, is the most beautiful area of Tsingtao city, hands down.  A residential district, it was built by the Germans between 1898 – 1914, and then subsequently enhanced and beautified during the Japanese era.  It was known for its unique urban design, with eight streets, each named after a historic Chinese Pass (e.g. 嘉峪關 Jiayuguan), and each lined with a different species of evergreen or flowering tree.

Badaguan was home to the many wealthy German and other European magnates in the city; and, particularly during the Japanese era, to White Russians that fled Soviet Russia.  During the Republican era, many of the villas became homes to famous Chinese literary or political personalities – and this specific history is assiduously commemorated on the many plaques that adorn the gates of the villas.

In this post, I randomly wander through the eight streets with their eight different tree species, eschewing the history of the individual villas for a more holistic experience of the entire precinct itself.  It is a fairytale-like place, affording a rare moment of respite in the midst of China’s urban chaos.

The highlight of the wander is the Granite House 花石樓 – arguably the most important landmark in the District, and built in 1931 by a wealthy (White) Russian magnate.  From the tops of the “castle,” one overlooks a small little beach that wouldn’t look out of place on the German North Sea coast; and beyond that beach, the new, shimmering skyline of Qingdao city.

And then one descends back into the quiet, verdant streets with their villas for the rest of the morning. 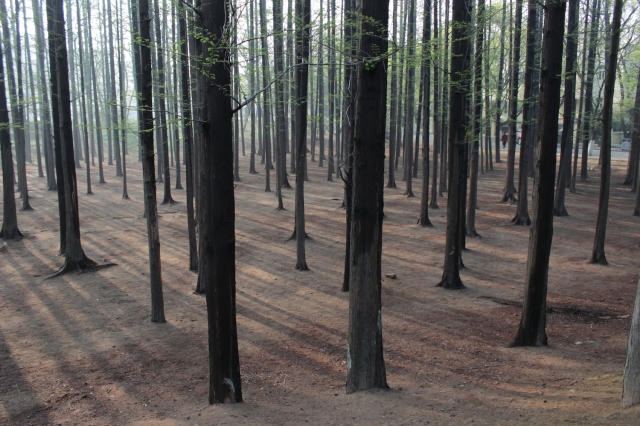 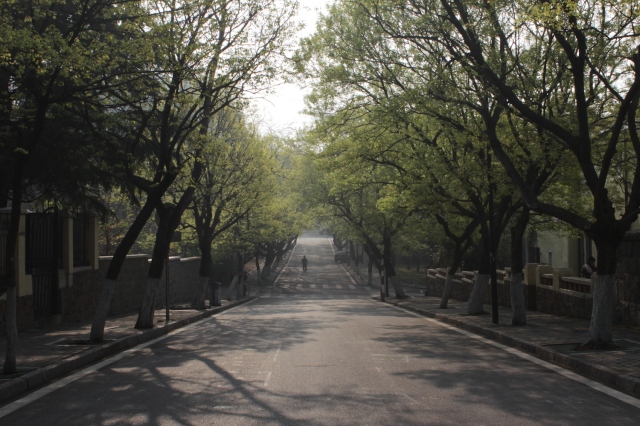 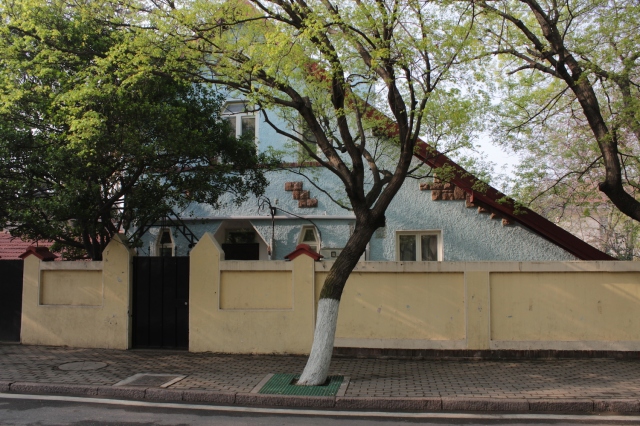 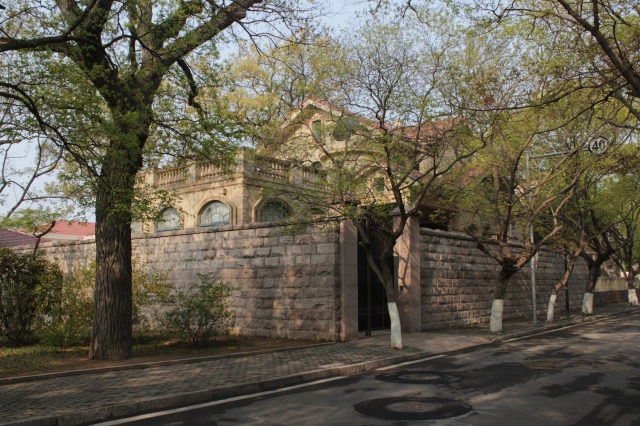 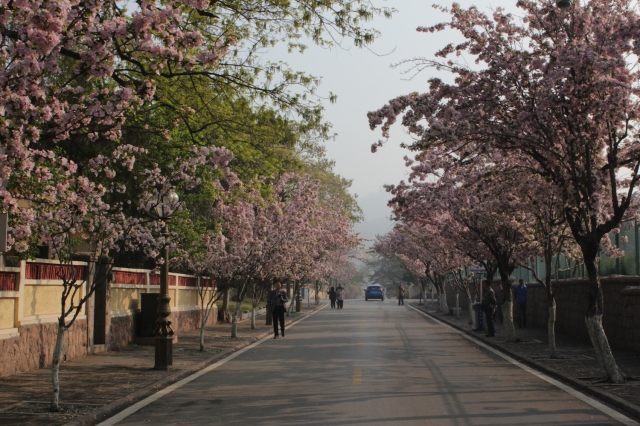 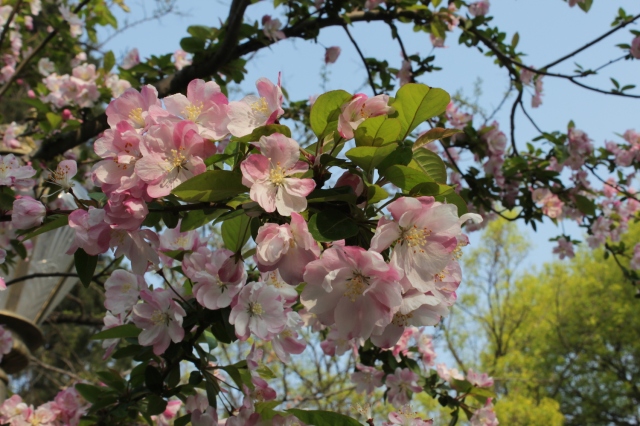 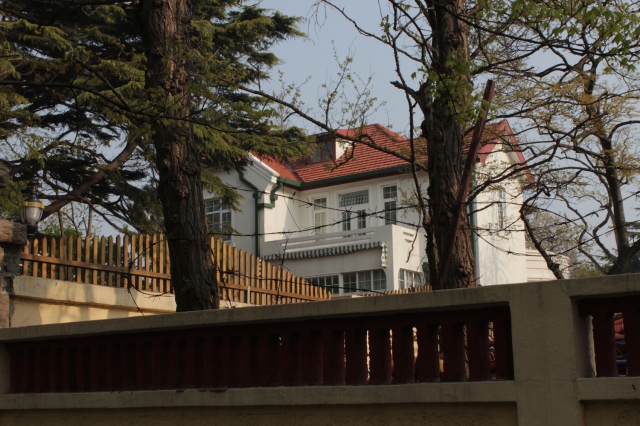 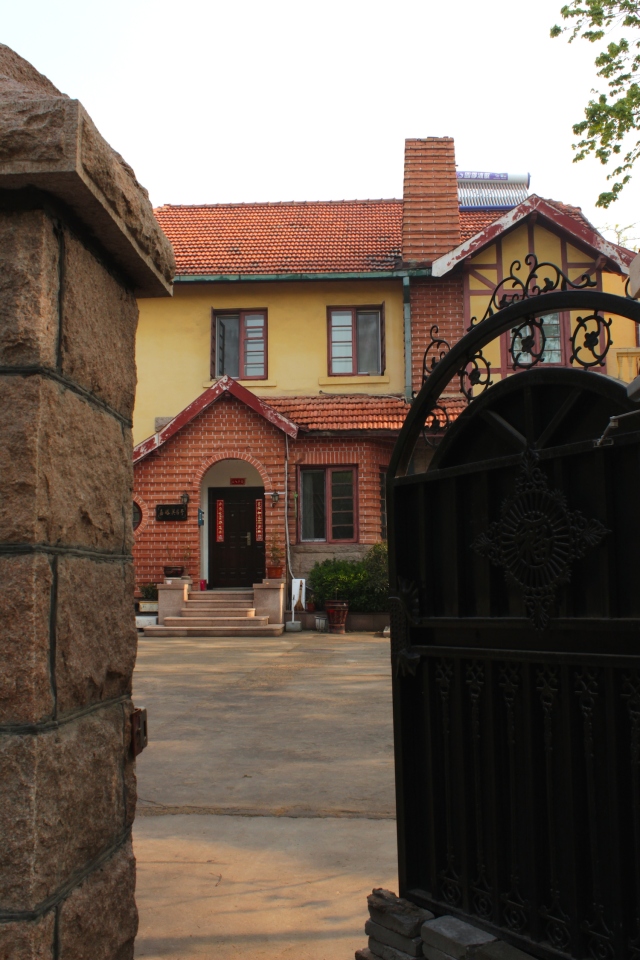 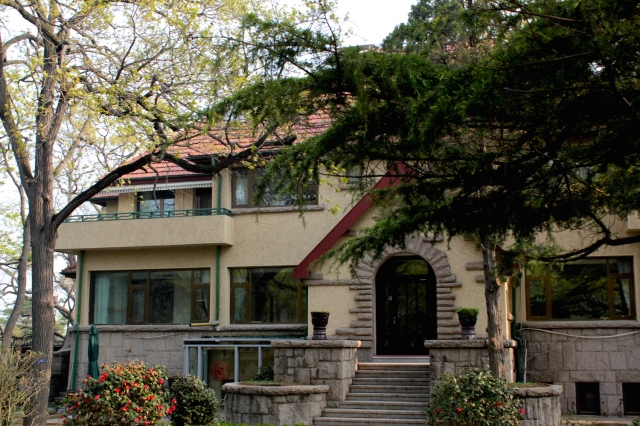 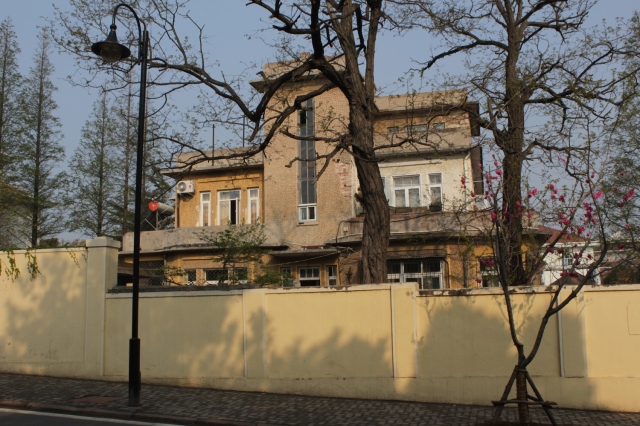 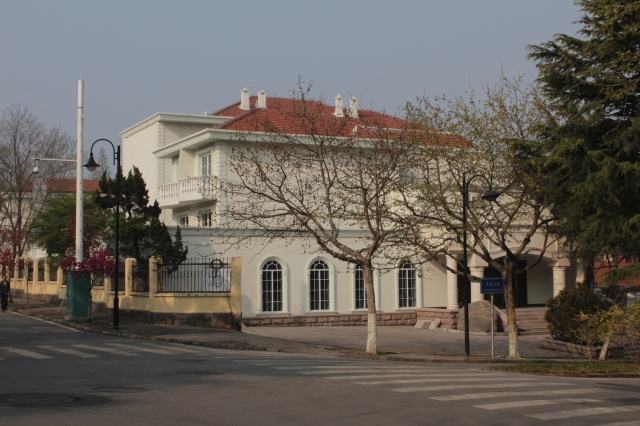 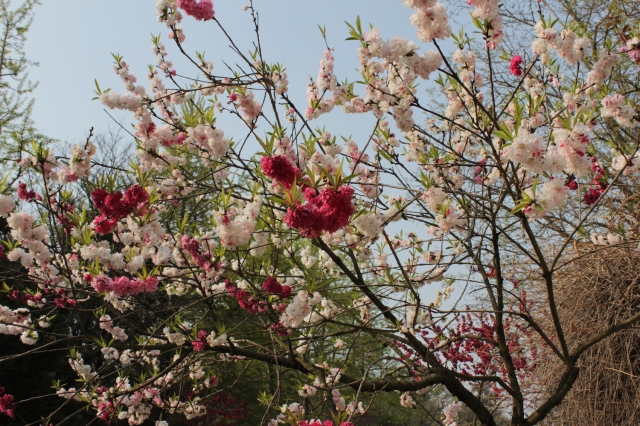 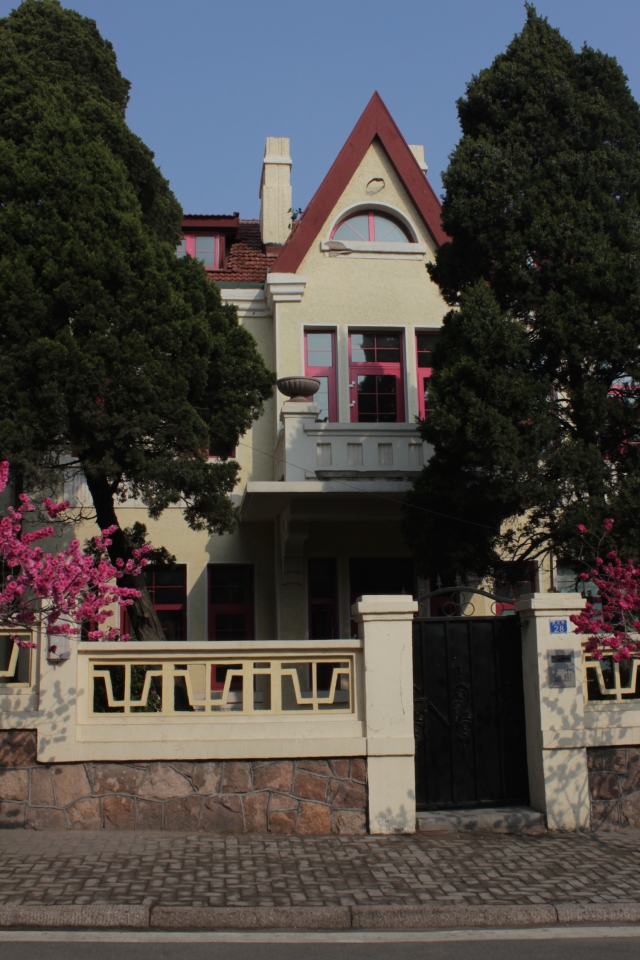 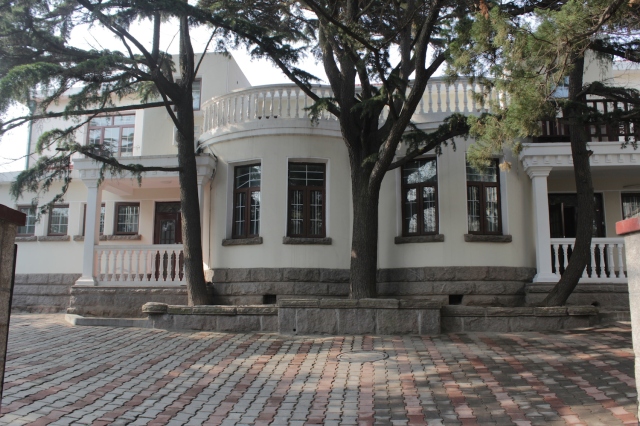 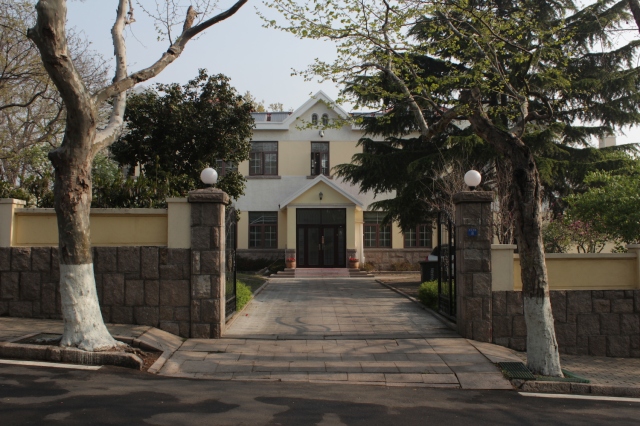 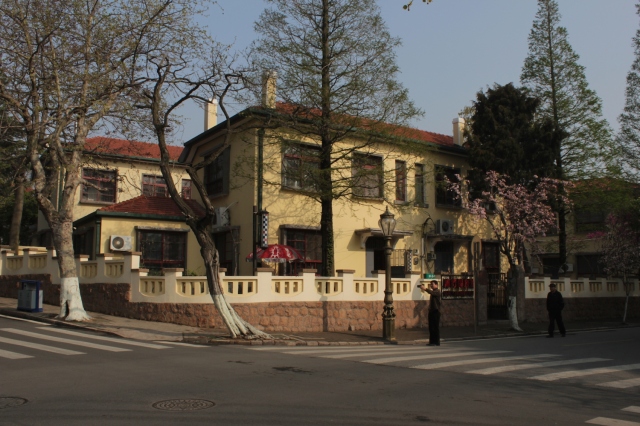 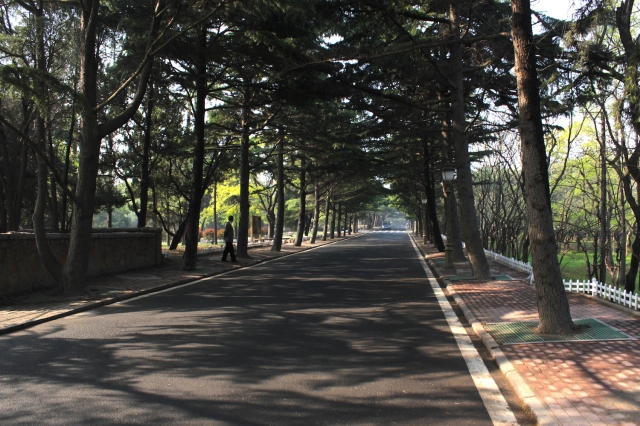 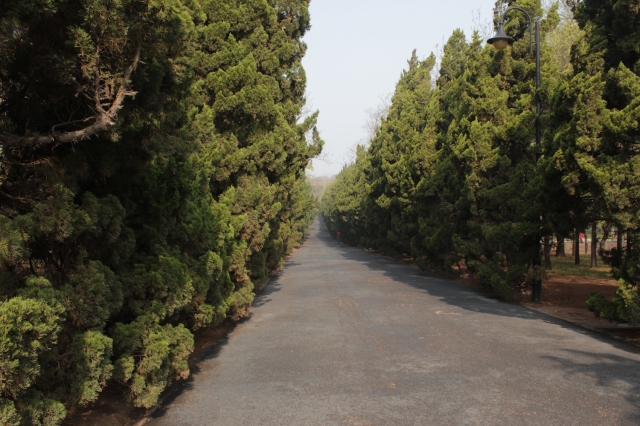 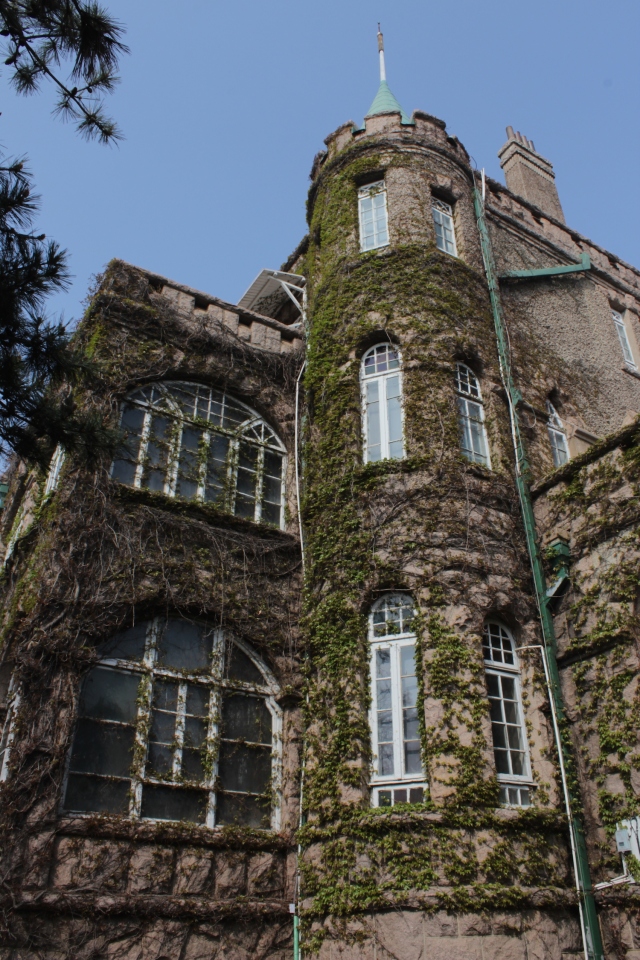 Granite House 花石樓 is the most popular landmark in the district, and affords beautiful views of the district and Tsingtao City. 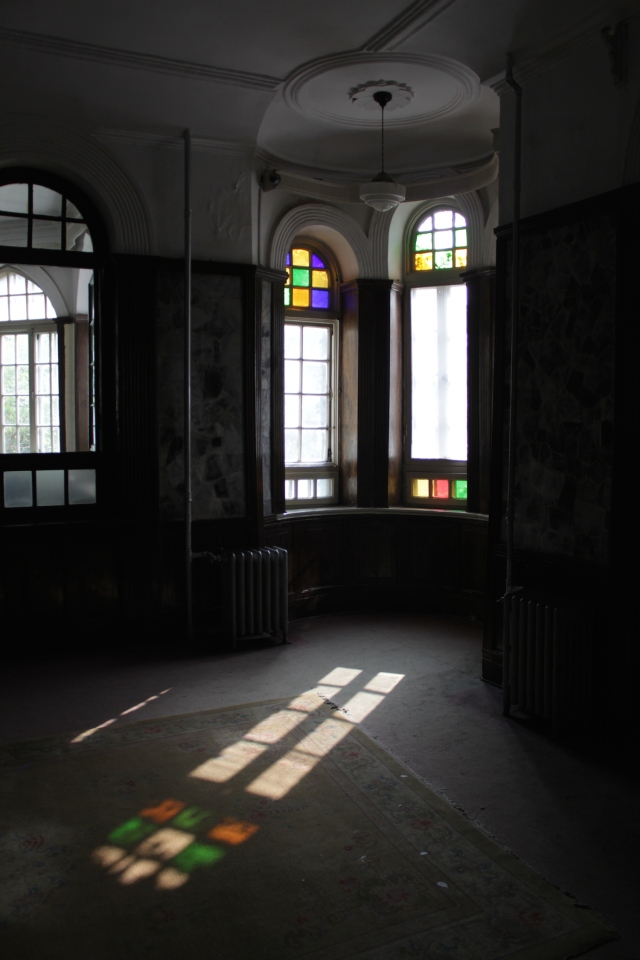 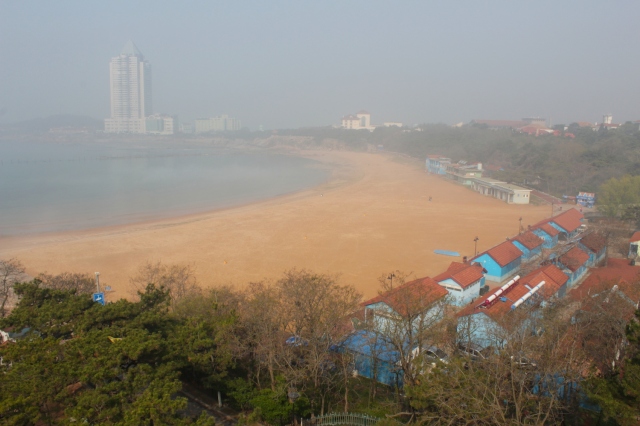 View from the Tower of Granite House – of the beach and Qingdao City beyond. 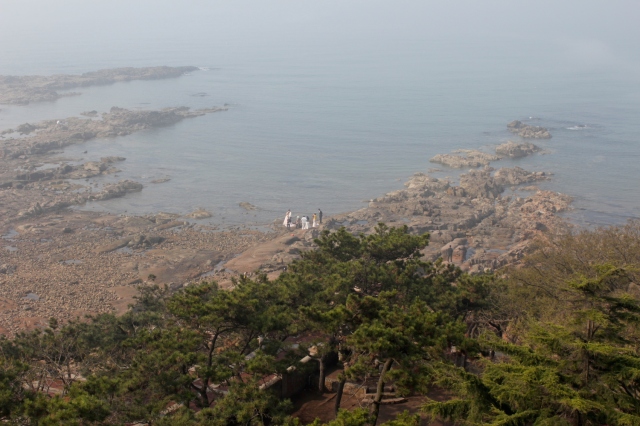 View from the Tower of a wedding photoshoot on the rocky coastline. 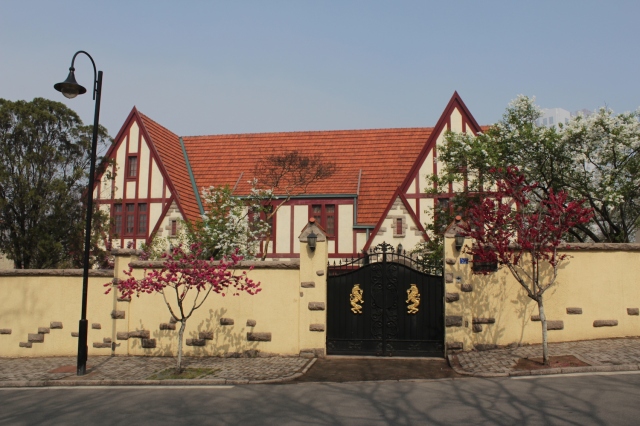 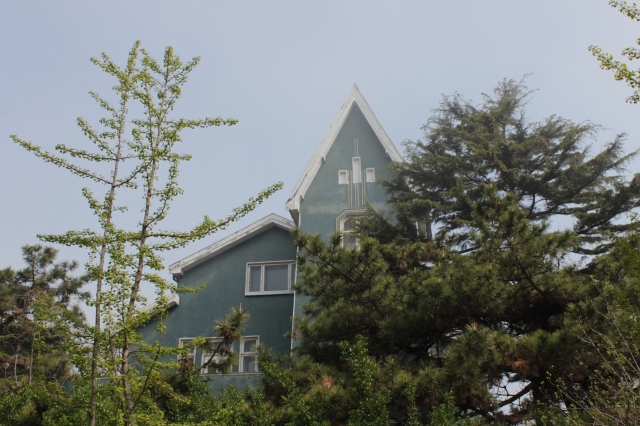 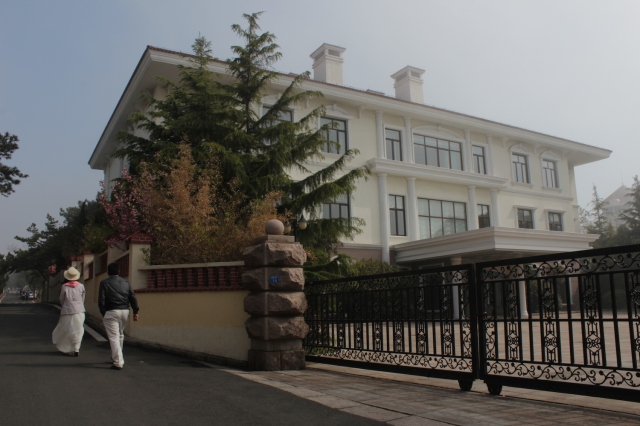 I am a wandering cityophile and pattern-finder who is pathologically incapable of staying in one place for any long period of time. When I do, I see the place from different perspectives, obsessive-compulsively.
View all posts by Kennie Ting →
This entry was posted in Art & Architecture, China, Cities & Regions, Culture & Lifestyle, Landmarks & History, Photography, Travel & Mobility and tagged Badaguan, China, Eight Passes Villa District, 青岛， 八大关, Qingdao, The Grand Tour, The Grand Tour of the Far East, Tsingtao. Bookmark the permalink.