The main facade of the Pousada de São Tiago, with its Chapel.

Not having been able to reside at the (former) Bela Vista Hotel, I went for the next best option, which was the Pousada de São Tiago – a luxury boutique hotel occupying a 17th century Fort at the very tip of the Macau Peninsula. Besides the Bela Vista, this was the closest thing to being a grand historic hotel, and it certainly lived up to expectations. 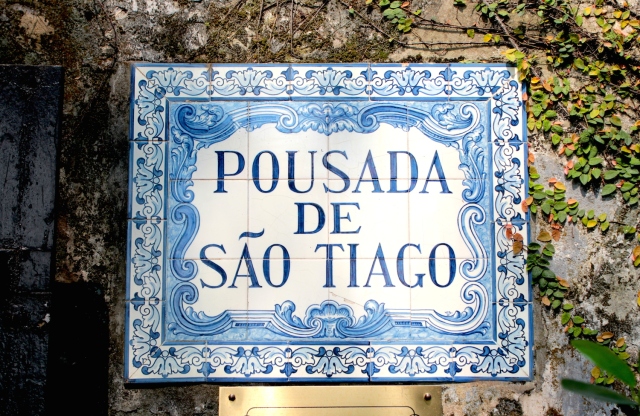 The entrance to the Pousada, in exquisite Iberian blue tiles.

The Fortaleza de Barra was erected in 1629, 80 years after the Portuguese arrived here with their trading ships. Its role was to defend the Peninsula from marauding pirates, and the often mercenary merchant ships of the Dutch and later, the British East India Companies. The Fortress complex consisted of the fortifications itself, as well as an 18th century Chapel dedicated to São Tiago (St James).

When the fort was finally decommissioned, instead of being demolished it, it was refurbished and transformed into a “pousada,” which is the Portuguese word for “inn” – evoking a cosy and warm ambience with loads of rich Portuguese douro. 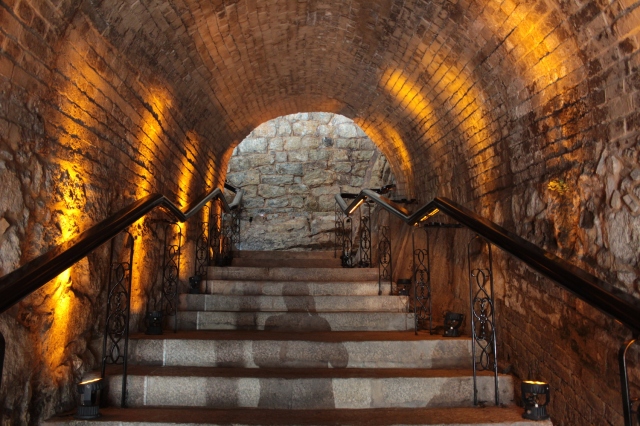 Passage through the hotel is by the tunnel up the ancient fort.

Sitting a mere ten minutes walk away from the A-ma Temple, the Pousada is far enough from the madding crowd, allowing for a quiet contemplative stay; while still near enough to the walking circuit of the Historic Centre of Macau for the Grand Tourist to not feel too isolated. In fact, the Pousada itself is the starting point of two major heritage walks I featured in the previous post – the Core World Heritage Zone of Macau, and the beautiful, tree-and-villa-lined Avenida da Republica. 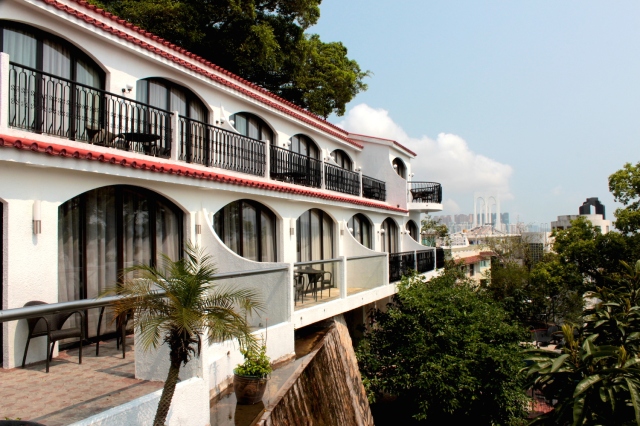 The main building of the Pousada, with a view of its suites.

The hotel is an all-suite establishment with only 12 suites. I opted for the top of the line, which was the Barra Harborview Suite; and I was not disappointed. My room sat on the second floor of the property and was somewhat isolated from the main row of suites. It had a large private balcony accessible from my living room.

The best thing about the suite however, had to be the spectacular views of Macau Harbour, taken in from above the canopy of the sprawling trees in the hotel grounds. From up there, one could see nothing but sea, sky and trees – and I thought this must be as close as one could’ve gotten to how Macau used to look and feel like, before rampant development. 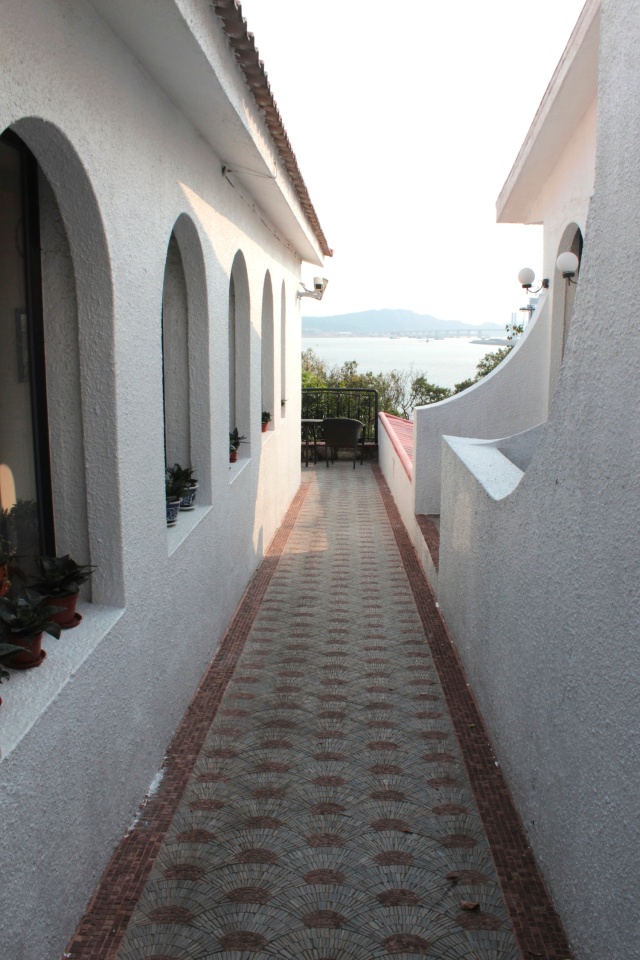 My very own private balcony, leading out onto a spectacular view. 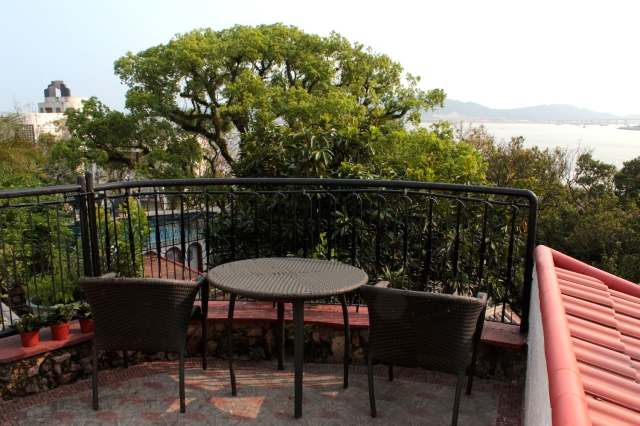 View of the Macau Harbour.

That very evening, I checked out the hotel’s bar and restaurant, ingeniously built into the unique dimensions of the existing fort. Unfortunately, the outdoor seating area was plagued by mosquitoes (it was late Spring) and so I opted to sit indoors, observing the dozens of locals that had come for the very popular High Tea, and were just about to depart.

I ordered a bottle of delicious Portuguese red wine – a douro – and as I partook of it, I thought to myself how odd it felt, to be drinking something so Portuguese thousands of miles away from Lisbon.

The Hotel’s restaurant served “pure” Spanish and Portuguese food. And though it was rather pricey, it was THE BEST Iberian food I had had outside of Iberia. The bread had chorizo baked in it; the bacalau was cooked perfectly so it retained both flavour and texture, and my main – a roasted pigeon, was so tender, juicy and fragrant, I could’ve had it a few times over.

The restaurant’s specialty – a grilled pigeon on a ridiculously flavorful bed of risotto.

The rest of that weekend at the hotel I took to exploring its grounds – full of nooks and crannies that one would expect from a mediaeval fort. I paid my respects to a technicolour icon of São Tiago – the Portuguese name for St James – in the Hotel’s chapel; splashed about in the hotel’s tiny but perfectly framed pool, and clambered over age-old steps and parapets to peek down the hotel’s ancient and presently disused well.

The icon of St James, in the Chapel.

From the swimming pool, looking down upon the ancient, disused well, and further down upon a courting couple along the Avenida da Republica and West Bay Lake.

At the end of each day, however, I was drawn back to my own private balcony with its own private, and spectacular view; where, with a glass of blood-red douro in hand, I would sit and contemplate the shimmering waters of the South China Sea and those ships bringing cargo in the distance, until way into the night when it became too dark to see anything at all.

I am a wandering cityophile and pattern-finder who is pathologically incapable of staying in one place for any long period of time. When I do, I see the place from different perspectives, obsessive-compulsively.
View all posts by Kennie Ting →
This entry was posted in Art & Architecture, China, Cities & Regions, Culture & Lifestyle, Landmarks & History, Literature & Philosophy, Photography, Sociology & Urban Studies, Travel & Mobility and tagged Fortaleza de Sao Tiago, Macao, Macau, Pousada de Sao Tiago, Sao Tiago da Barra, The Grand Tour, The Grand Tour of East Asia. Bookmark the permalink.