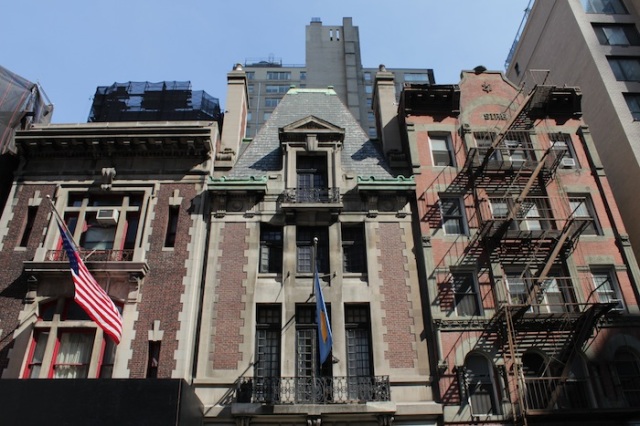 15 – Our heroine arrives in New York where, she lives down the street from this, the beautiful 1906 Engine 23 building of the New York Fire Department.

This is the location for an opulent period costume drama, set at the turn of the 19th century.  Titled Park Place it revolves around the lives and intrigues of one wealthy merchant family.

Inspired by the novels of Henry James and Edith Wharton, the movie is a comedy of manners at its very core, exposing the shallowness of high society life in New York. Our heroine, having recently lost her parents and fortune, descends from Boston to spend the rest of her life with an elderly but immensely wealthy aunt.

Along the way, she encounters various suitors, but falls in love with a penniless author, who she meets, by chance one lonely afternoon when, suffocated by the stiffness of society life, she slips out unnoticed for a stroll in the city. Scandal ensues as the wealthy aunt, and extended family find out about her covert dalliances.

Ultimately, she must make a choice – wealth and a loveless marriage, or elopement and possible poverty.  The story ends on a happy note. 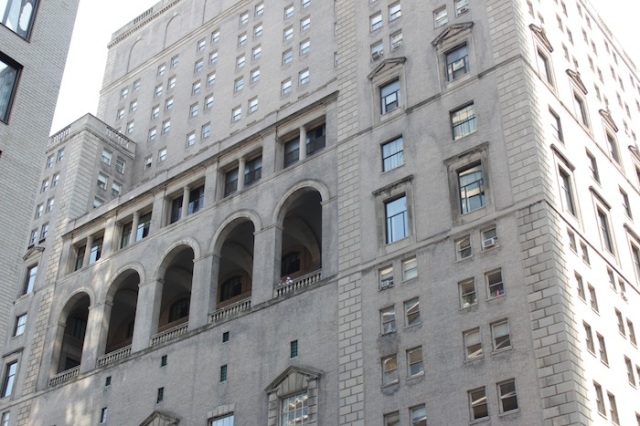 17 – Across from her is the Petrossian restaurant, famed for their caviar, and occupying the ground floor of Alwyn Court, what was once the most luxurious apartments in its time. It was built in 1909.

18 – Our heroine steps out one afternoon for a walk, past the Essex House Hotel.

19 – And also this lovely mediaeval façade of Wilshire Plaza.

20 – She passes everyday people along the way, living their lives simply but with dignity (the Coronet Apartment Building)

21 – At The Helmsley Park Lane apartments, her head in the clouds, she accidentally bumps into a man, hurrying in the opposite direction. Their eyes meet.

22 – And their story begins, beneath the old-and-new skyline of the city.

I am a wandering cityophile and pattern-finder who is pathologically incapable of staying in one place for any long period of time. When I do, I see the place from different perspectives, obsessive-compulsively.
View all posts by Kennie Ting →
This entry was posted in Art & Architecture, Culture & Lifestyle, Landmarks & History, New York, Photography, Sociology & Urban Studies and tagged 58th Street, 5th Avenue, Locations for Imaginary Movies, Manhattan, Manhattan in 12 Streets, New York, Park Place. Bookmark the permalink.