The Art of the Royal Palace, Phnom Penh 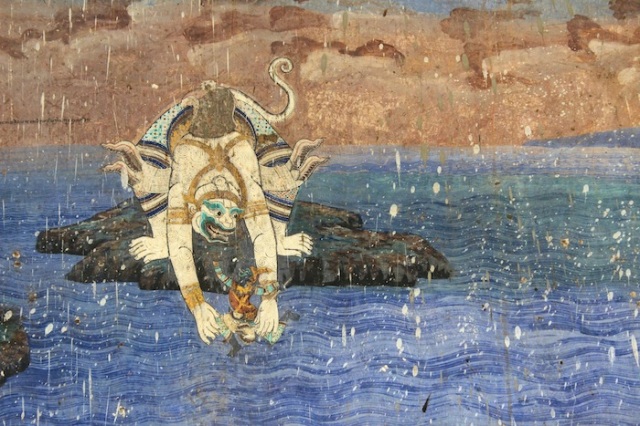 Unfortunately, when I arrived in Phnom Penh that weekend, King Sihanouk had just passed away, and his body been ceremonially laid in state in the Royal Palace.  As such, most of the Palace compound – about three quarters of it, including its most architecturally stunning buildings like the Napolean III Pavilion – were closed for a miniumum of three months.  Access was still allowed to the compounds of the Silver Pagoda, however so I made the best of it, along with throngs of tourists from China (primarily).

While the architecture of the buildings within the Silver Pagoda compounds were rather less than inspiring – channeling the far more stunning Grand Palace in Bangkok – I was fascinated by the murals that adorned the cloister walls; murals that told the tale of the Reamker, or the Cambodian version of the Hindu epic the Ramayana; and were replete with shimmering palaces, epic battles, divine beings, and fabulous beasts.

The murals had seen better days in their more than hundred years of existence. Entire tracts of them were in dire need of restoration; some even had been completely erased. But even then, they were still stunning to behold, and exceedingly characterful, far surpassing similar murals that line the walls of Bangkok’s Palace.

In this gallery I present twenty scenes of the Reamker Murals – digitally touched up but still demonstrating the damage they have sustained – and some other instances of art within the Royal Palace.  The monkey god, Hanoman, makes his appearance in multiple scenes in this tableau.  But unfortunately, I don’t know much more about the Reamker to explain what actually happens in these scenes. Nonetheless, I do think that visually, they are striking enough to capture the reader’s imagination. 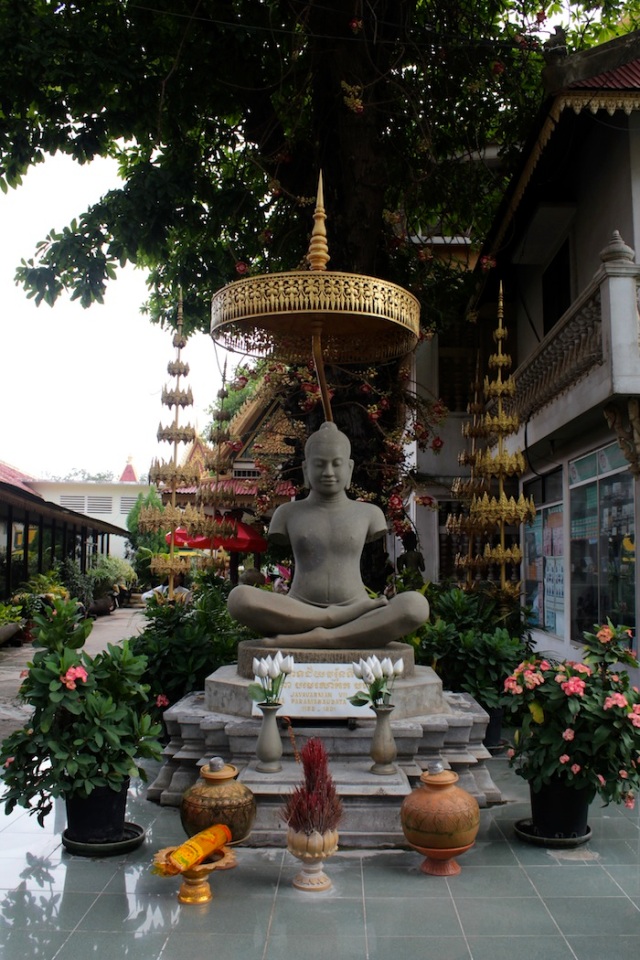 Statue of King Jayavarman VII, in the Angkor style. 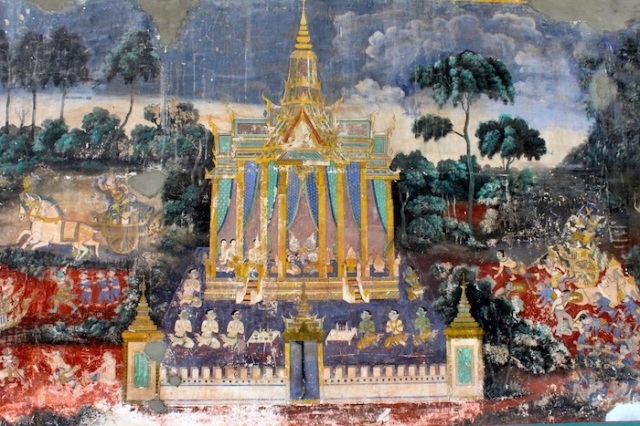 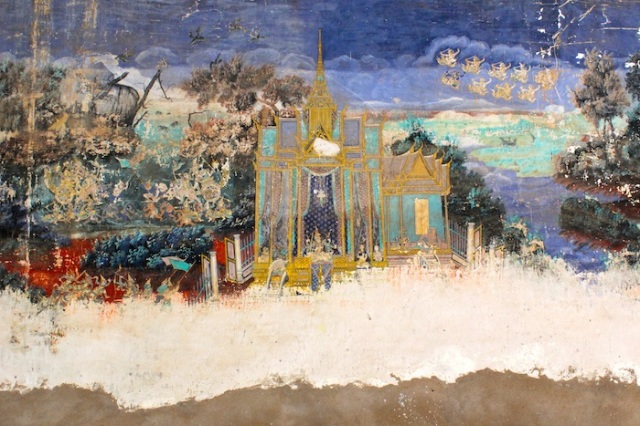 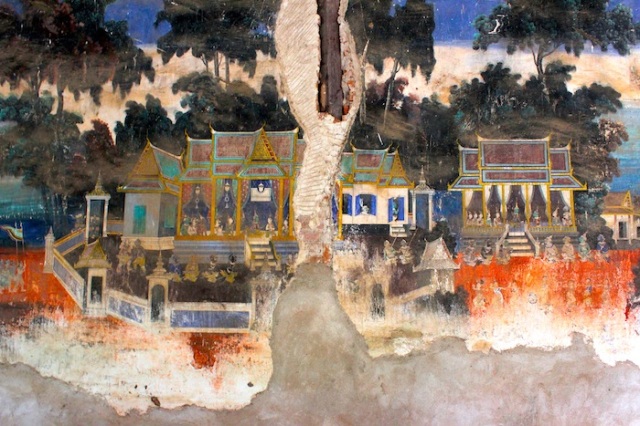 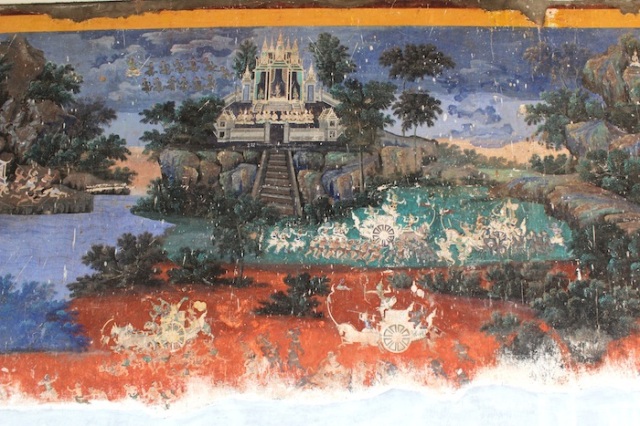 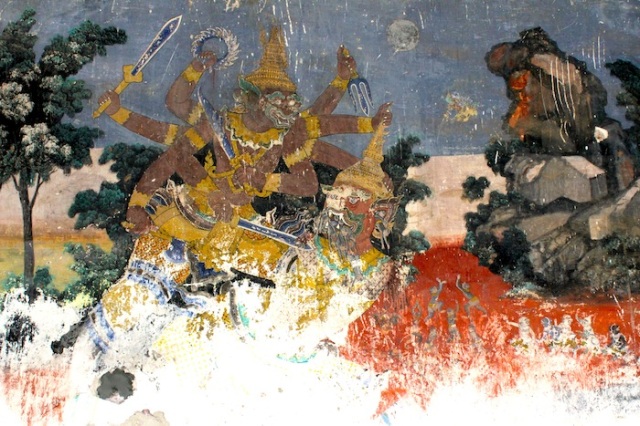 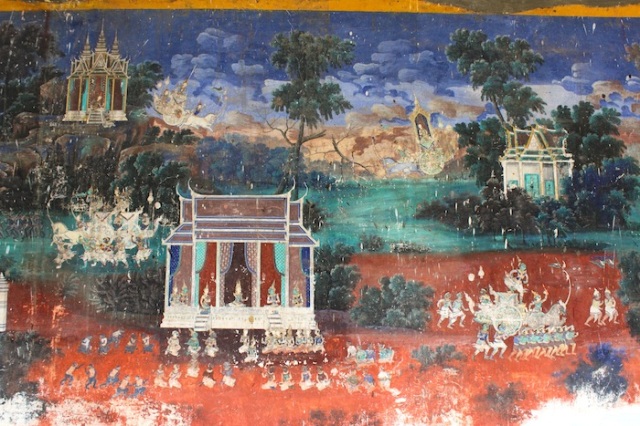 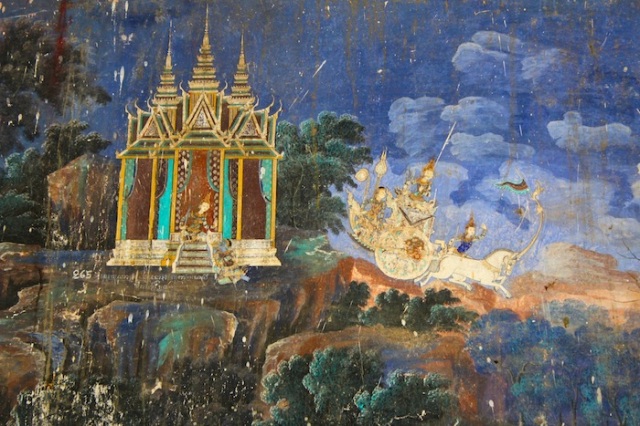 Close-up of unicorn (at the top left corner of the scene before, just to show the extent of detail in these murals. 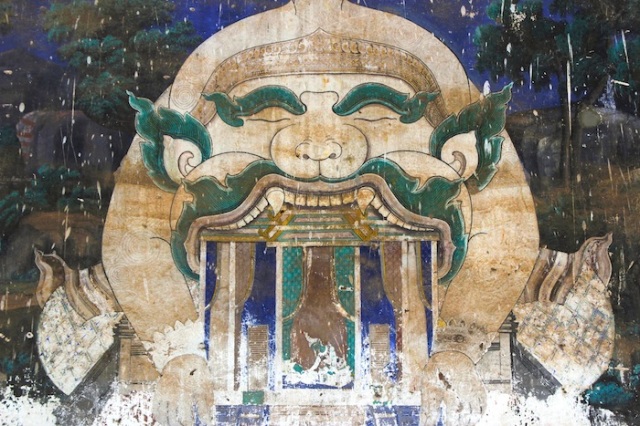 Another version of Hanoman 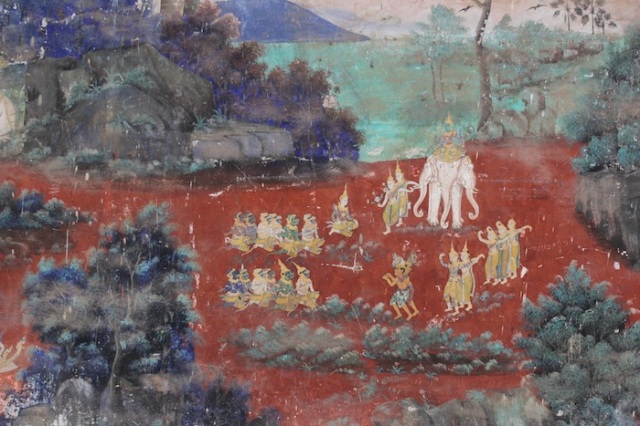 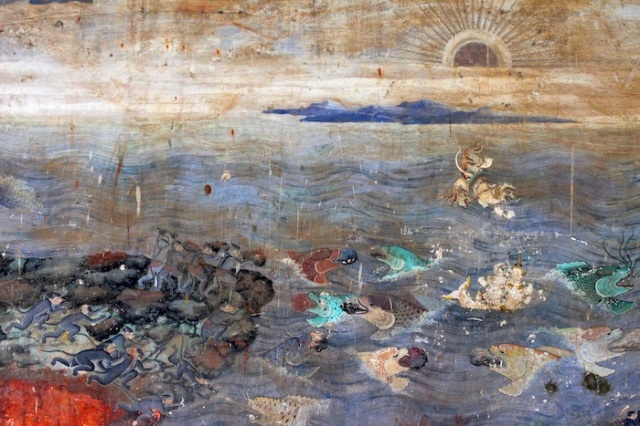 The monkeys and the fish 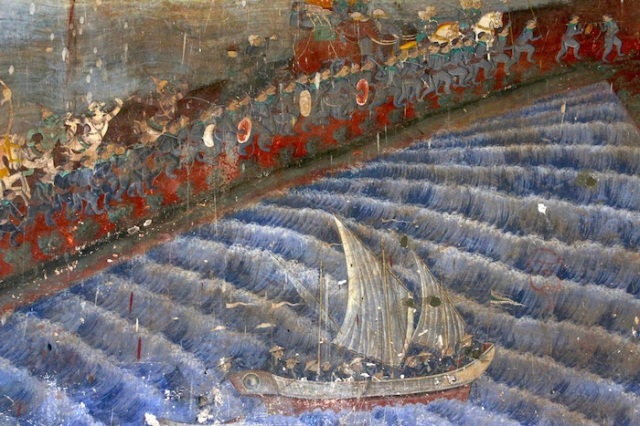 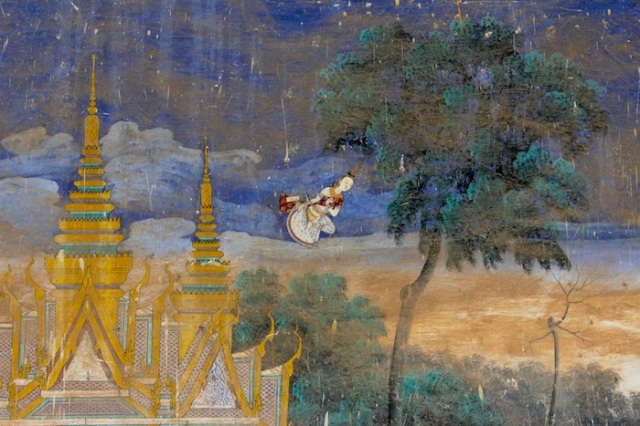 Apsara, or divine being 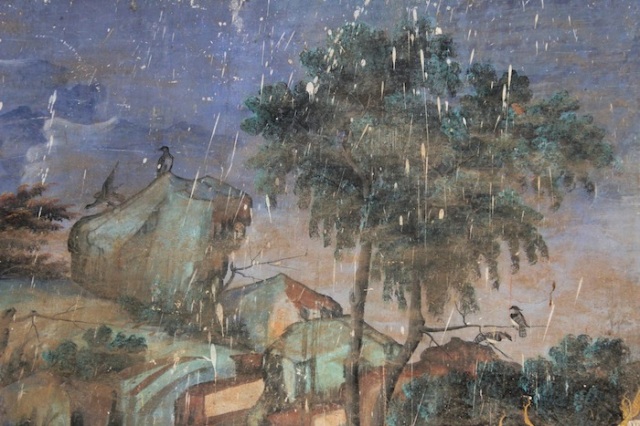 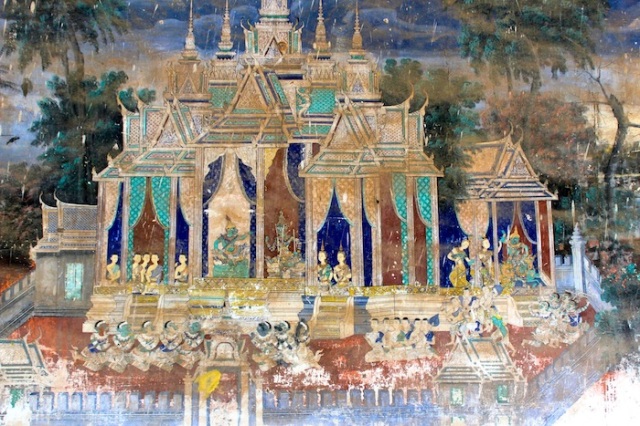 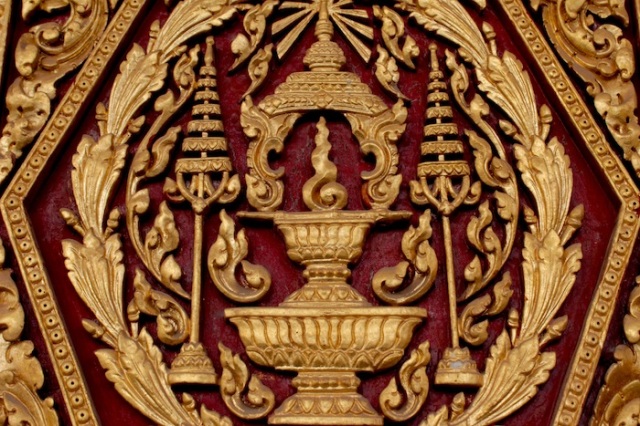 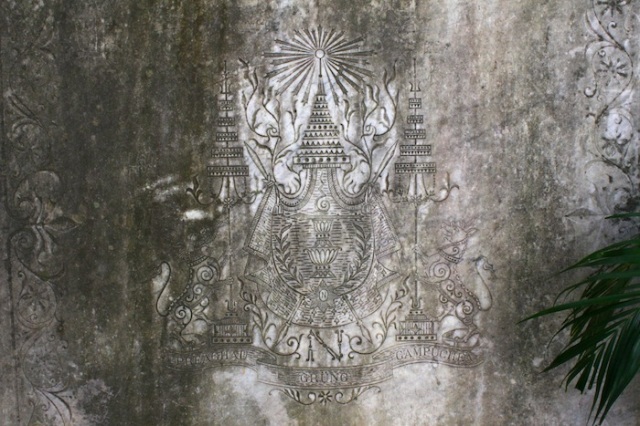 Royal Coat of Arms, with an elephant and a tiger.

And finally, a seated Hanoman

I am a wandering cityophile and pattern-finder who is pathologically incapable of staying in one place for any long period of time. When I do, I see the place from different perspectives, obsessive-compulsively.
View all posts by Kennie Ting →
This entry was posted in Art & Architecture, Cities & Regions, Culture & Lifestyle, Landmarks & History, Photography, Travel & Mobility and tagged Art of the Royal Palace, Cambodia, Phnom Penh, Reamker, Reamker Murals. Ramayana, The Grand Tour, The Grand Tour of Southeast Asia, The Royal Palace. Bookmark the permalink.

1 Response to The Art of the Royal Palace, Phnom Penh

Leave a Reply to The Mind of RD Revilo Cancel reply