The Apparent Britishness of Quintessential Britain

Ok, I admit I am a bit of an Anglophile.  But then, who isn’t?  Just recall the millions of people worldwide who tuned in to last year’s Royal Wedding.  (I didn’t. But I was in New York at the time and the city was going crazy with Royal Fever.)  Step into Harrods and you’re swamped with tourists from all over the world, hustling to take a piece of Britain back home with them.

I have an embarrassing fascination with all things quintessentially British. I suppose it must have been the exposure to British culture and history I was subjected to, while growing up in (the former British colony of) Singapore.  I remember reading copious amounts of Enid Blyton – Famous Five, Faraway Tree, the Wishing Chair, etc – and wondering why it was that it never snowed in Singapore, why people didn’t speak the way they did in books; and what kind of a fish a kipper was.  When I first visited the UK more than a decade ago, I experienced something akin to a homecoming.  So this was what a real London Cab looked like! And Buckingham Palace! And Piccadilly Circus! And the Thames!  Sigh!  I wonder how many other Singaporeans, or citizens of the Commonwealth felt the same way I did (and still do feel).

Ironically, most of what foreigners like myself believe is quintessentially British about Britain is hardly British at all, due to a healthy predisposition for privatisation instituted in the ’80s by the Thatcher Government.

Lets start with Harrods – that most British of department stores and holder of Royal Warrants to supply goods to the Royal Family for most of the 20th century.  Owned since 1985 by Egyptian businessman Mohammed El-Fayed, whose son Dodi El-Fayed was very famously in that fatal car crash with the late Princess Diana, Harrods was sold off, on 8th May 2010, to the Qatar Investment Authority, the sovereign wealth fund of the small Arab Gulf nation of Qatar.  Harrods, in other words, is now a most Qatari company.

Another quintessentially British department store (and my personal favorite), Fortnum & Mason, was acquired by a Canadian businessman in 1951 and has remained in his family since then. Strolling through the exquisite but slightly over-the-top shelves of twee British preserves and tidbits – all made in Britain – you would never think twice about Fortnums Canadian credentials. Or maybe you would, since no real British company would quite fetishize and fantasize about Britishness to the extent Fortnums does.  Incidentally, a quick peek into the top-floor restaurant during its sell-out Afternoon Tea reveals it to be populated by Chinese, Americans, Russians, Japanese, Koreans, Singaporeans (i.e. myself) and other affluent tourists – not one British person in sight.

Next: the ubiquitous red double-decker bus – the national symbol of the UK itself – belies a complex, Byzantine privatised network of operators contracted to Transport for London to run bus services for specific routes in the city.  These operators are variously UK, French (RATP – Regie Autonome des Transport Parisiens), German (the Deutsche Bahn-owned Arriva plc) and even Singaporean (ComfortDelGro) transport companies, making this British national symbol barely British! While all the buses are required to retain their red livery – the very subtle logos at the side of the bus gives them away.

Even that most British of symbols – the Royal Family, is not really of British descent at all but of German (Hanoverian) descent, having been called the House of Hanover, and the House of Saxe-Coburg and Gotha in the 19th and early 20th centuries before being renamed the House of Windsor during World War I (in order to separate the family from its German roots).

There is something very compelling about Britishness that appeals to the masses and the wealthy elites beyond the British Isles, so much so that they consciously desire to cultivate  Britishness through acquisition and osmosis – breathing the British air, sipping British tea, purchasing British trinkets and department stores, inheriting the British Throne.  They see to it that their experiences and acquisitions are imbued with an essence that is more British than Britain itself, in the hopes that some of the overflow would rub off on them, and that they too could come to feel most delightfully almost-British.

I do believe, irony notwithstanding, that we are all a tiny bit Anglophilic. 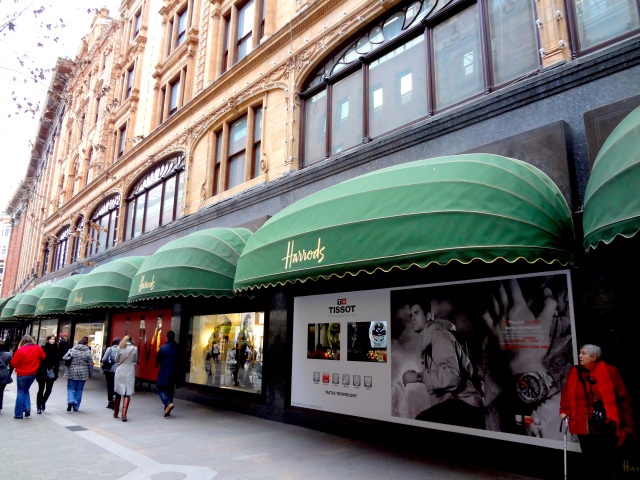 Fortnum & Mason, a bit of Canada on Piccadilly 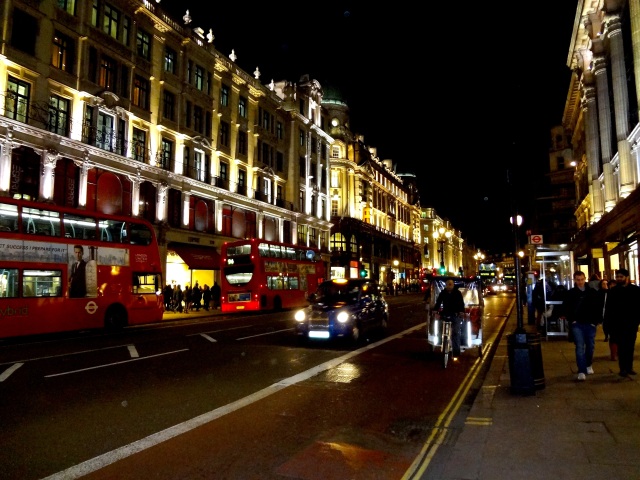 London Cab and London red double-decker buses on Regent Street, the quintessentially British home to every non-British fashion and lifestyle stores one could think of

I am a wandering cityophile and pattern-finder who is pathologically incapable of staying in one place for any long period of time. When I do, I see the place from different perspectives, obsessive-compulsively.
View all posts by Kennie Ting →
This entry was posted in Cities & Regions, Culture & Lifestyle, Sociology & Urban Studies and tagged Anglophilia, Britishness, Fortnum & Mason, Harrods, London, Red Double-Decker Bus, The Royal Family. Bookmark the permalink.