Art and the City – The Liverpool Biennial

Liverpool is the textbook case of an entire city rejuvenated through culture.

Once a bustling and affluent port and manufacturing centre in Britain, the city went into sharp decline from the mid-1970s due to the advent of containerization and neo-liberalism (the opening of Britain’s markets and the loss of manufacturing industries abroad).

Liverpudlians, however, are a proud, hardy and creative people. They produced the Beatles after all.

From the late ‘80s onwards, city authorities and influential residents decided on a rather risky long-term strategy to rejuvenate Liverpool through arts and culture.  Over the course of two decades, three significant milestones (amidst other smaller achievements) sealed Liverpool’s status as the UK’s second most important city for culture, after London.  These were:

a)              The opening of the Tate Liverpool – a branch of the Tate Modern in London – at the brilliantly reconverted warehouse spaces of Albert Dock;

b)              The advent of the Liverpool Biennial of visual art in 1998, which saw its 6th installment last year, and has since become one of the most important showcases of contemporary art in Europe;

c)              The whole of the waterfront, including the impressively re-purposed Albert docks was named a UNESCO World Heritage site;

d)             Liverpool being named “European Capital of Culture in 2008,” the culmination of two decades of strategic planning and positioning.

Today, the city has the largest number of galleries and national museums in the UK, outside of London, and it continues to be known as an important UK centre for contemporary music due to its strong indie and underground music scenes. 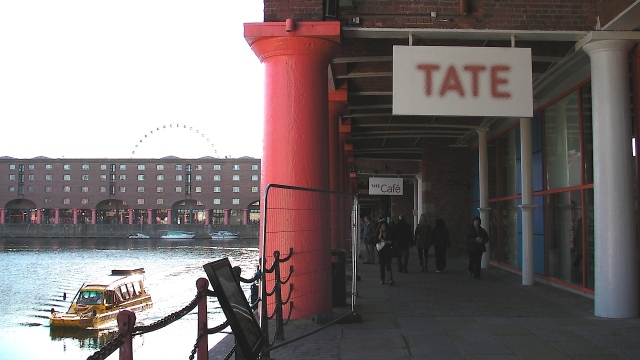 Fig 1. Tate Liverpool, in the restored and repurposed Albert Docks 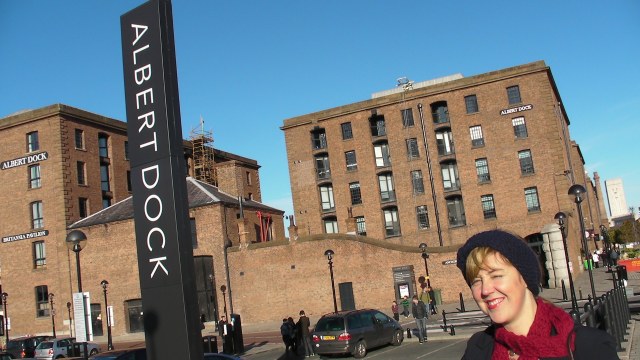 I first visited Liverpool in 1998, more than 12 years ago. It wasn’t a visit really. I just passed through for the day on a whirlwind 22 city in 30 day backpacking tour of the UK during the summer vacations.  I thought the city beautiful, with its monumental squares, but cold and empty.  I visited, and I decided that I wouldn’t stay the night.

Last year, I visited Liverpool again, specifically for the Biennial, and I decided that I really liked the city. By no means was the city entirely regenerated. One could still sharply see the marks of decline on many of its buildings, particularly in the older parts of town.  However, there was a certain bounce to its step, a laidback quality to the pace of life there that sort of said – yeah we may not be as dynamic and bustling as London, but who the hell wants to be London anyway!

That quality was very much in show at the Liverpool Biennial, which took over the entire city from August till November.  Many disused spaces in the city were occupied by the Biennial and used for the commissioning and display of site-specific art installation pieces.  Most of these site-specific pieces were stunning.

Dozens of other arts and cultural organisations and galleries also partnered the Biennial during the exhibition period and had programmes and exhibitions of their own, often similarly set in disused warehouse spaces throughout the city.

Festival-goers were given a map of the city with the key venues marked out.  The entire experience for me felt like a huge treasure hunt, and it was delightful scampering around the city, hunting down – in many cases having to actually search for the exact locations of – the many art installations and exhibitions.

I present a photographic overview of some of the outdoor installations from the 2010 (and previous) Biennial(s) and other related sights, before I evaluate the Biennial’s impact on the city. 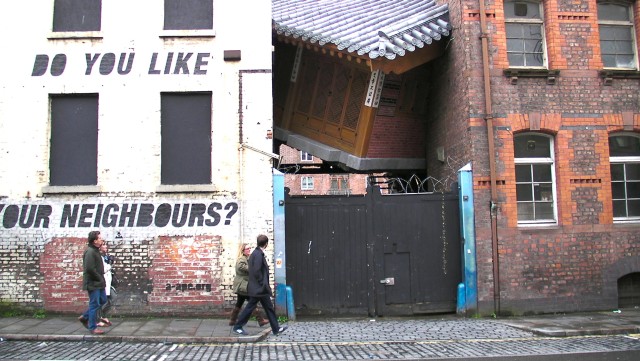 Fig 3. Do Ho Suh. Korean-American artist.  Bridging Home.  Artwork at the sides is from a previous Biennial. 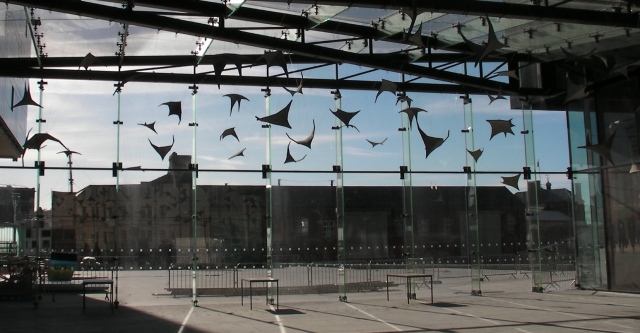 Fig 4. Hector Zamora. Mexican artist. Synclastic / Anticlastic. I thought this one absolutely stunning, like a sea of manta rays. 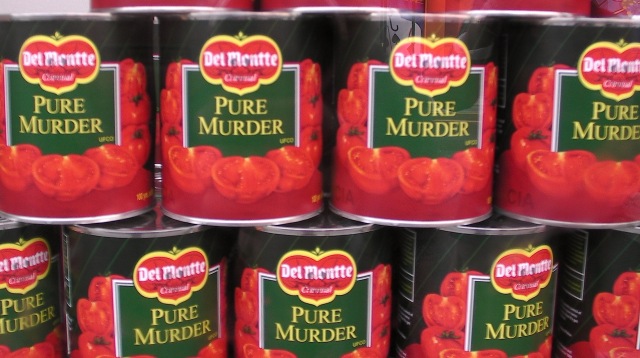 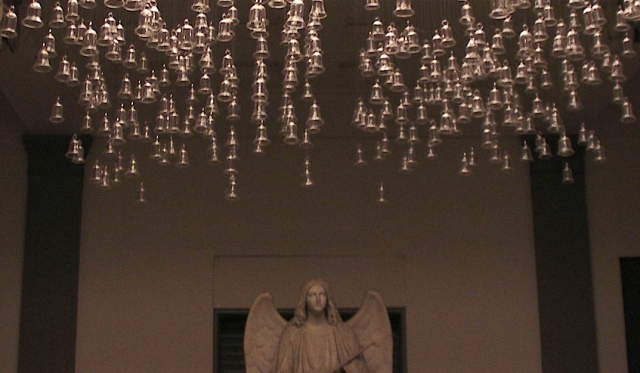 Fig 6. Laura Belem. Brazilian artist. The Temple of a Thousand Bells. Installed in the Oratory of the Liverpool Cathedral.  Accompanied by the sound of bells.  I couldn’t bear to leave the space. It was so beautiful. 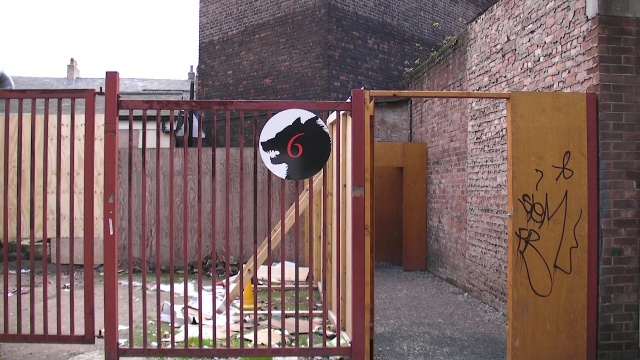 Fig 7. The theme of the Biennial was Touched. Biennial venues were marked with this image of a wolf, designed by (another) Mexican artist, Carlos Amorales 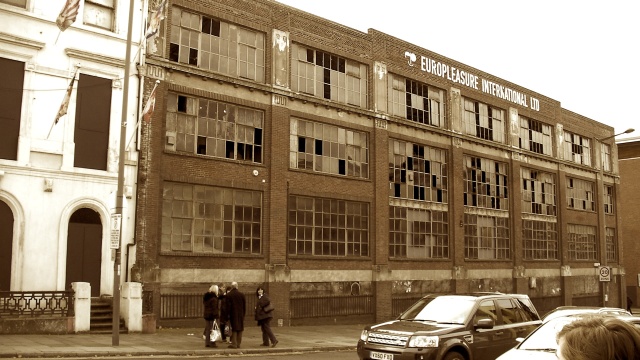 Fig 8. Europleasure International Hotel, a haunting disused building used as a site for haunting video installations.  Photograph sepia-ed to highlight the timelessness of the shot. 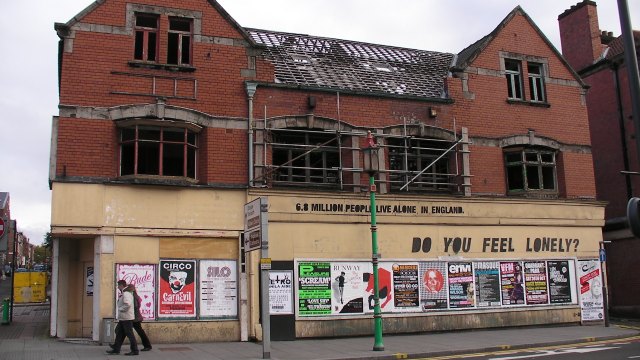 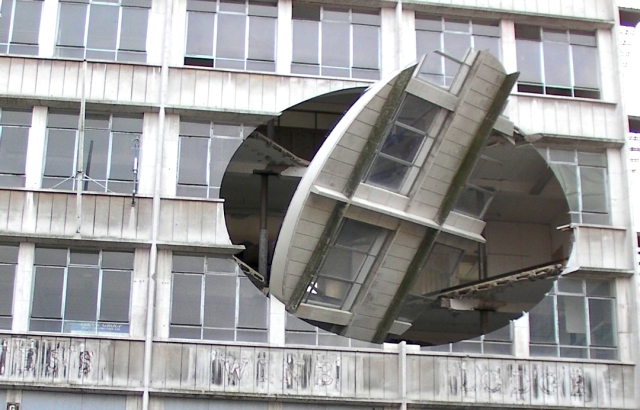 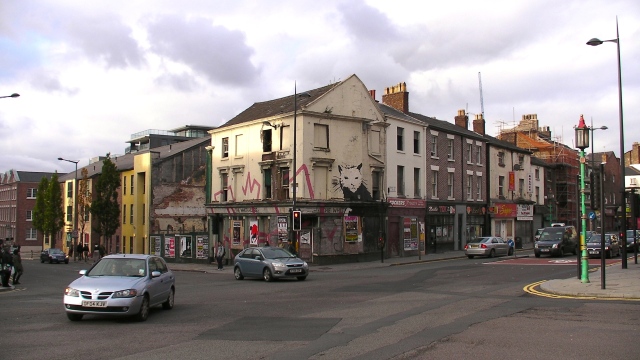 Fig 11. Banksy!!  Liverpool house rat on the White House.  An accidental stumble-upon. Though I thought and still think it looks more like a cat.

Ok.  If the Bienniale’s role was to revitalize the city through tourism, I think it may have succeeded.  Most of the people I bumped into at the various Bienniale sites were tourists. There weren’t that many of them, but they were there.  Granted, I did visit at the tail end of the Bienniale period. And just because the city wasn’t taken over by swarms of tourists – like in London – doesn’t mean that its tourism strategy hasn’t been successful.

I have to say, however, that the Biennial seemed to have no impact whatsoever on the locals (except in terms of employment, of course). If crowds were what I wanted to see, they were certainly not in the older parts of town, where the bulk of the Biennial’s venues were.

Instead, they were all at Liverpool One – a huge residential, shopping and leisure complex in the new town.  That part of town – where the big mall with the chain restaurants was – was heaving with people, presenting quite a contrast to the almost-bucolic other side of town. Sadly, it appears to me that this development has probably done more to rejuvenate the city than the Biennial has.

I had the chance to meet and talk to a couple of locals at a local bar one evening, after I had caught an excellent, sold out, production of Shakespeare’s Antony and Cleopatra, with Sex and the City star Kim Cattrall (Samantha) in the lead role – apparently she was a Liverpudlian!  It was very refreshing to talk to people and find such pride in one’s city and in one’s identity.  There was a lot of optimism in where Liverpool was going economically, but plenty healthy skepticism in how the face of the city was changing.

First off, nobody I was talking to seemed to care a hoot about the Biennial.  “Aaah! It’s just for tourists!” they dismissed it, “It’s not the real Liverpool!”  Well…yeah. That was probably true. The only locals at the Biennial venues were the employees manning the sites.  Nobody else seemed to really care.

I mentioned Albert Docks, the Tate Liverpool and the beautifully restored waterfront, where a new architecturally eye-catching museum of Liverpool was due to open.  “Aaaah!!!  That’s not the real Liverpool!”  Well… yeah. There was hardly anybody at the waterfront, even though it was gorgeous. 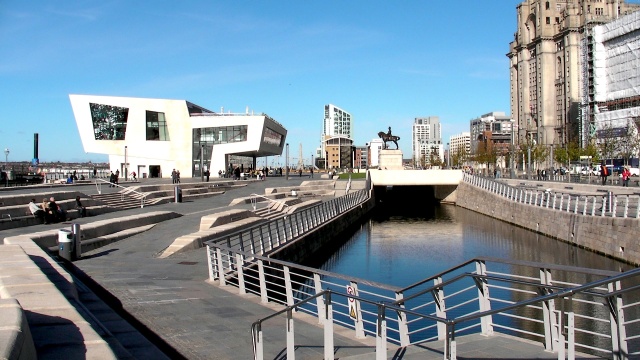 I pointed out Liverpool One and the flashy new all-glass-facade luxury condominium and office developments nearby. “Aaaah! They’re not really Liverpool either, even though Kenneth here lives in one of them!”  I laughed.

“So where is the real Liverpool, then!” I asked.

Unanimously, they pointed to their hearts.  “In here,” they said in their barely understandable accents. And I understood. Sort of.

Whatever it was, I enjoyed my stay in Liverpool – and I thought the essence of the city was captured in everything I saw, from its excellent Biennial, to its beautifully stark and sometimes starkly empty waterfront; from that big, bustling mall, to all the friendly, proud, if somewhat incomprehensible (on account of that accent!) people that crossed my path.

Sign me up for another visit please, longer this time. Perhaps a week during the 2012 Biennial?

Next: The Venice Architectural Biennial, the somewhat overlooked cousin to the Art Biennial 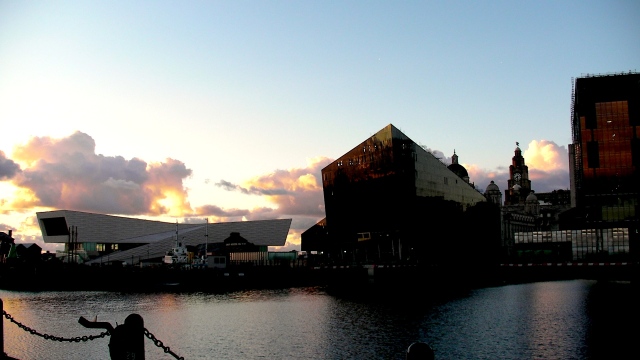 Fig 13. A parting glance at Liverpool on a lovely evening

I am a wandering cityophile and pattern-finder who is pathologically incapable of staying in one place for any long period of time. When I do, I see the place from different perspectives, obsessive-compulsively.
View all posts by Kennie Ting →
This entry was posted in Art & Architecture, Cities & Regions, Culture & Lifestyle, Photography, Travel & Mobility and tagged Albert Docks, City regeneration, Culture and city regeneration, Do Ho Suh, impact of the arts, Liverpool, Liverpool Biennial, Liverpool Biennial 2010, Liverpool One, Liverpudlian, Touched. Bookmark the permalink.

1 Response to Art and the City – The Liverpool Biennial