It would be painfully apparent by now that I live in Williamsburg, New York. A place more commonly known as hipster nirvana.  For those of you who don’t know what a “hipster” is (or for those of who are “hipster” but are in denial), follow this link for a definitive portrait: http://www.urbandictionary.com/define.php?term=hipster

I have to say, however, that there’s so much more going on in Williamsburg than just hipsterism, though that pretty much takes (a large chunk of) the cake.

In particular, Williamsburg is full of interesting facts that are also very subtle contradictions. Things you notice as a resident, snooping around the area in your free time.

Subtle Contradiction #1: While Williamsburg is arguably anti-establishment central , it is also home to the fastest-mushrooming cluster of luxury condominium developments & metrosexual yuppies.  Some of the yuppies are indistinguishable from the hipsters.

Subtle Contradiction #2: While Williamsburg is home to the largest population of Hasidic Jews outside of Israel, it has become clear to me that many of the small provision stalls in Williamsburg are Arab-run or operated.  Whether or not the Arabs are Christians, Jews or Muslims remains to be uncovered. But suffice to say, we got a mini-Israel/Palestine here in Willsburg as well.

Subtle Contradiction #3: While outwardly Williamsburg, with its severely pot-holed streets and dog-poo-lined sidewalks, looks like an industrial wasteland (and sometimes smells like it), it is also home to some of the best (and most pretentious and pricey) restaurants in the Big A. We’re talking Michelin-stars.

Subtle Contradiction #4: Williamsburg is also home to a huge Dominican community in New York, most of whom are Pentecostals. I have never seen so many Pentecostal churches concentrated within such a small area. Along with the Hasidic Jews, we have quite some of the most devout people in the world, living alongside some of the most devoutly atheist.

Subtle Contradiction #5: Williamsburg is home to the Williamsburg Bridge, which, in my opinion, is rather stark. The views on the Bridge however – the Manhattan skyline, and the gorgeous, health-obsessed model-actor types huffing and puffing all around you – are priceless. And yes, I’ll admit it. The bridge itself is also stunning in its complexity (and simplicity) when you’re walking (or running) across it.

I leave you with a photographic contemplation on the theme… 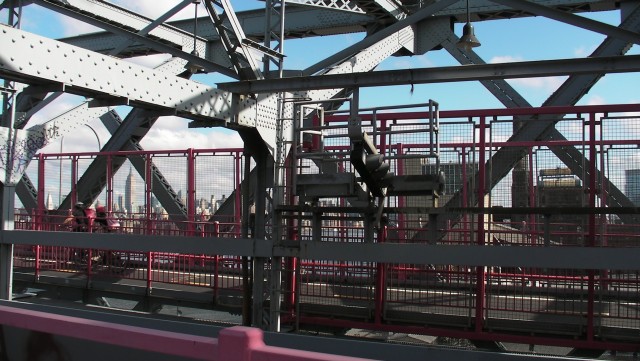 Empire and Engineering – view on / from the Williamsburg Bridge 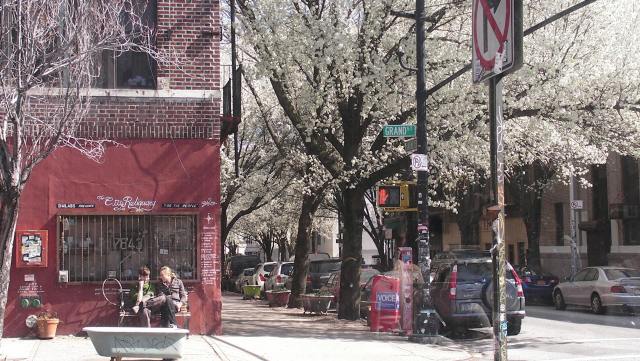 A true blue New Yorker, and itinerant visitors trailing him

The colours of Williamsburg, and one (One-Michelin-starred) Dressler to the right

Another kind of landscape, just 5 minutes away from the one above (under the Marcy Ave subway station) 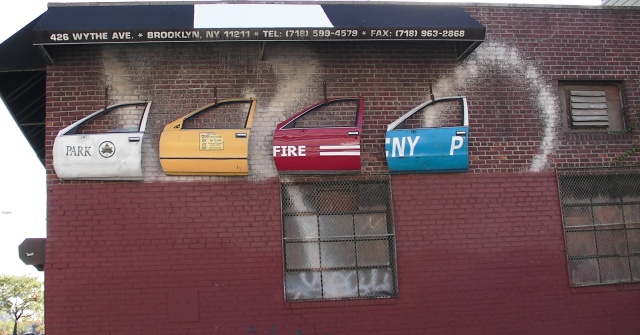 I am a wandering cityophile and pattern-finder who is pathologically incapable of staying in one place for any long period of time. When I do, I see the place from different perspectives, obsessive-compulsively.
View all posts by Kennie Ting →
This entry was posted in Art & Architecture, Culture & Lifestyle, Home, New York, Photography and tagged Architecture, Complexities, Hasidic Jews, hipster nirvana, hipsters, Luxury Condominiums, New York, Williamsburg, Williamsburg Bridge. Bookmark the permalink.