The Ministry of Justice Building in Chiyoda is a classic red-brick style Meiji-era building, erected in 1895 by German architects. It looks like a European palace, adapted to Japanese aesthetics.

In 1868, the Meiji Emperor, upon ascending to the Chrysanthemum Throne in the Imperial Capital, Kyoto 京都, subdued the Tokugawa Shogunate and abolished shogunates altogether, declaring that from henceforth, political power would once again be restored to the Monarchy.

The last time an Emperor actually ruled Japan had been in the 12th century.  And the Meiji Emperor’s unprecedented move would be known as the Meiji Restoration 明治維新. It would result in the modernisation and industrialisation of Japan, along Western lines; and it gave rise to a unique East-West fusion in thinking, fashion and architecture that continues to shape Japanese culture today.

In particular, architecture became a symbol of the Meiji Emperor (and Japan’s) all out pursuit of things modern; and the new capital – Tokyo 東京, or the Eastern Capital – became the showpiece city of this new form of architecture, which was often monumental in its scale, and – perhaps catering to Japanese aesthetics – somewhat overtly European-classical and floral in its ornamentation.

The appearance of this unique form of architecture was brief, persisting only briefly into the Taisho 大正 period (1912 – 1926). Immediately after – during the  early Showa 昭和 (1926 – WWII) period, more functional modernist and art deco designs took precedence, and that surreal Meiji-style disappeared.

Which is all the more a pity for architecture aficionados that so little Meiji- (and Taisho-) era architecture survives in contemporary Tokyo; and those that do stand often in isolation amidst towering skyscrapers.

This gallery takes the reader through a tour of some two dozen Meiji, Taisho and Showa-era buildings that continue to stand today, the greatest concentration being in the Chiyoda District (where the Imperial Palace sits), the Nihonbashi District (just adjacent) and in and around Ueno Park.

The tour ends in the beautiful grounds of the Meiji Jingu or Meiji Shrine, the vast park and memorial complex dedicated to the Meiji Emperor and his Empress. It was dedicated in 1920 and completed in 1926. Even today, the Japanese regard the shrine with a quiet reverence, affording it a hushed sort of sacredness found nowhere else in the city. 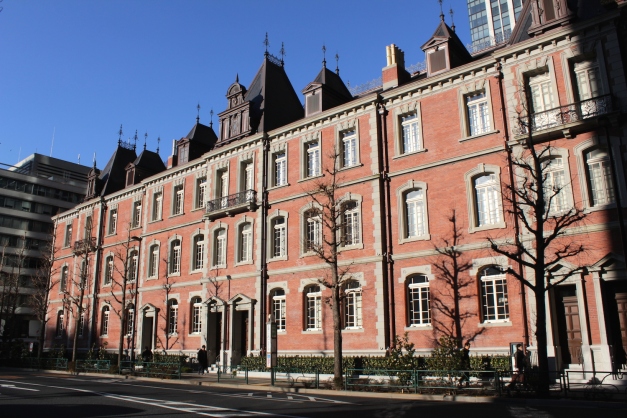 The Mitsubishi Ichigoukan 三菱一号館 (Mitsubishi No 1 Building) was erected in 1894 original to a design by Josiah Conder. This is a faithful reconstruction. 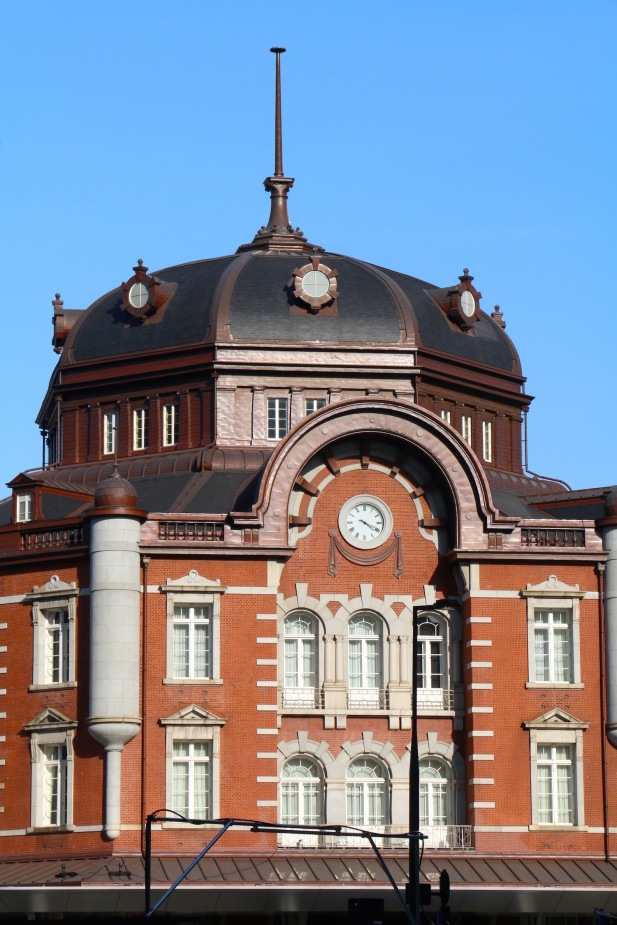 The other classic example of a red-brick Meiji-era structure is the iconic Tokyo Station, built in 1914, just after the Meiji Emperor’s death. 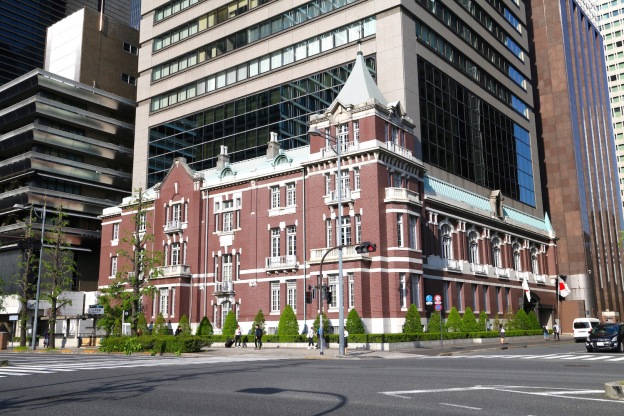 The Tokyo Banker’s Association building was erected in 1916, also just after the Meiji Emperor’s death. 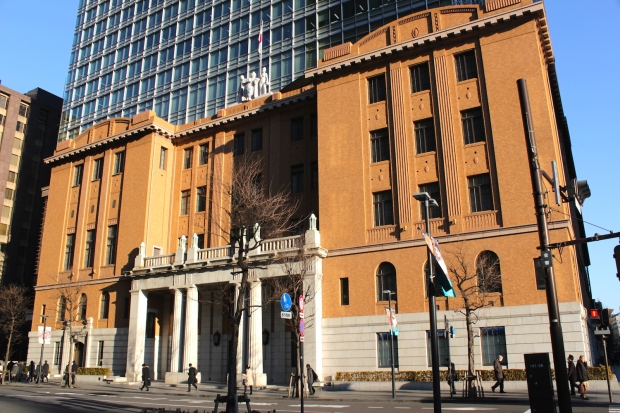 The Meiji Mutual Life Insurance Building was built in 1928, a mere two years after the Showa Emperor ascended the throne.

Close-up of the Meiji Mutual Life Insurance Building, with its neo-classical architecture. 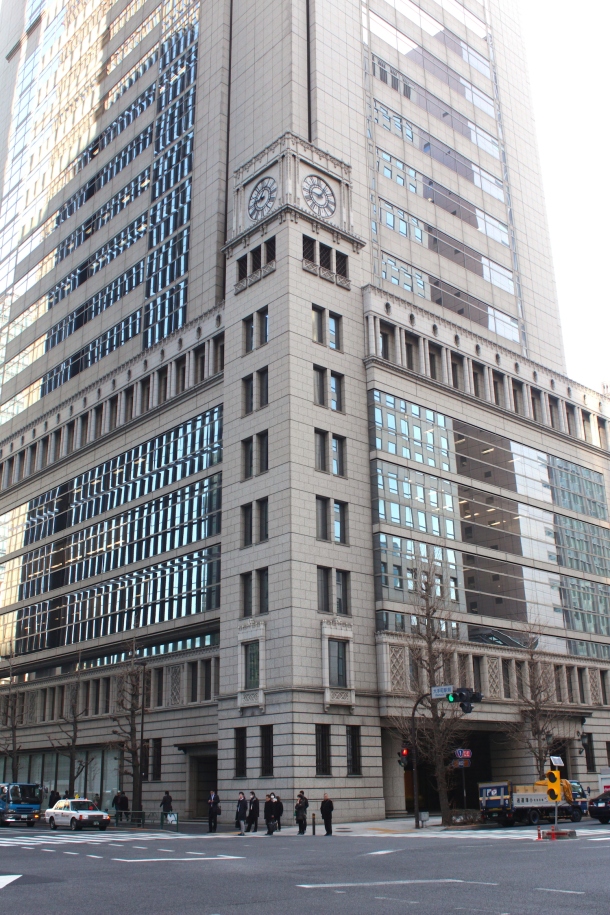 The National Diet Building (1936) is the equivalent of Parliament House.

Close-up of the Ministry of Justice Building.

The Dai Ichi Mutual Insurance Building was built in 1938 in the early Showa period, a few years before the War. 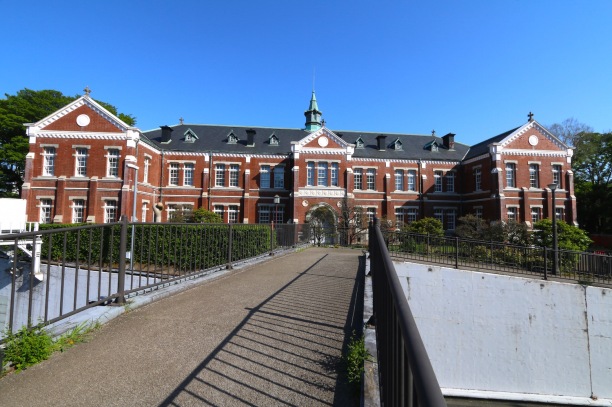 The former Headquarters of the Imperial Guards (today’s National Museum of Modern Art Crafts Gallery. It was built in 1910 in a Meiji style. 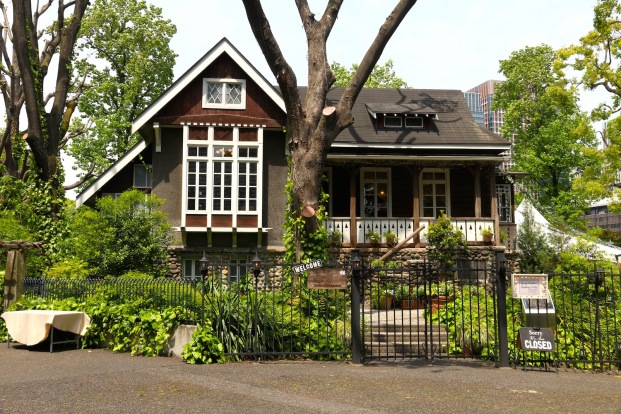 One of the oldest buildings in Chiyoda-ku sits in Hibiya Park – this is the so-called “German Bungalow”, built in 1910. It is today’s Park Museum.

The Hibiya Public Hall was built in 1926 (between the Taisho and Showa eras), in a functional art deco style. 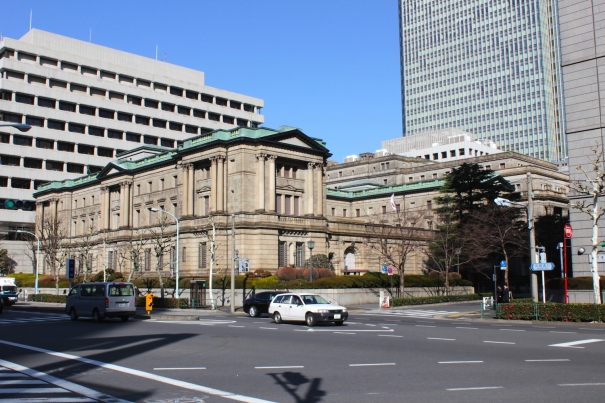 The Bank of Japan Building is a classic example of Meiji-era architecture, having been built in 1896.

It is unfortunately, fiendishly difficult to photograph because of all the foliage in front of it and its sheer size. Here’s the front of the building.

And here’s another side view of the building, looking like a Roman temple. 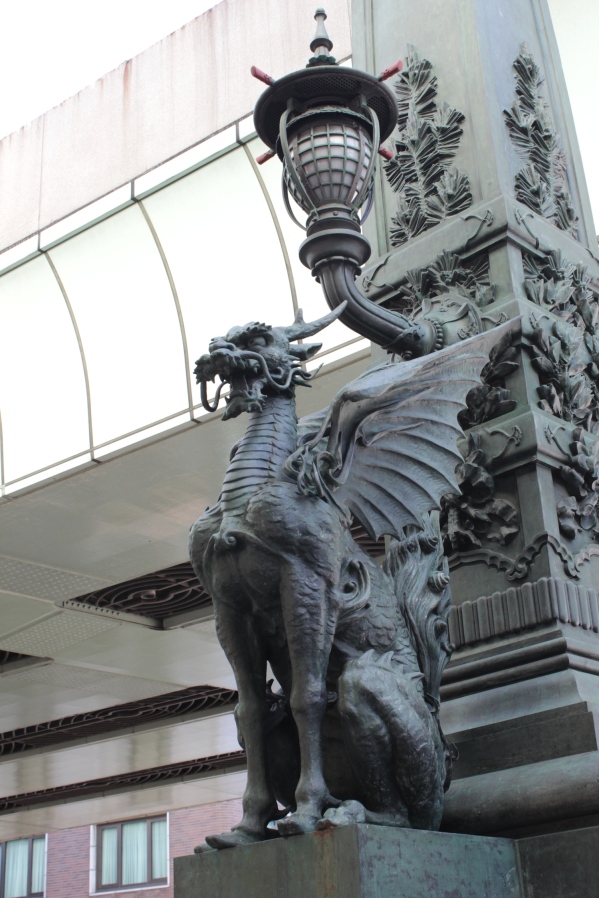 The Nihonbashi (“Japan Bridge”) itself was built in 1911. Note the iconic kirins 麒麟 on its lamps. Unfortunately, the bridge sits under a expressway today.

The Mitsui Honkan 三井本館 is a bank building erected in 1929, in the early Showa era.

The K Hattori Building, housing the Wako Departmental Store, is the oldest shopping centre building that stands in Ginza today, having been built in 1932.

The Tsukiji Honganji Temple 築地本願寺 with its bizarre Indo-Japanese architecture was completed in 1934.

The Old Shimbashi 新橋Station was erected in 1872 and destroyed in the Great Kanto Earthquake. This is a 2003 reconstruction.

The National Museum of nature and science is one of the oldest buildings in the Park, having been opened in 1871. 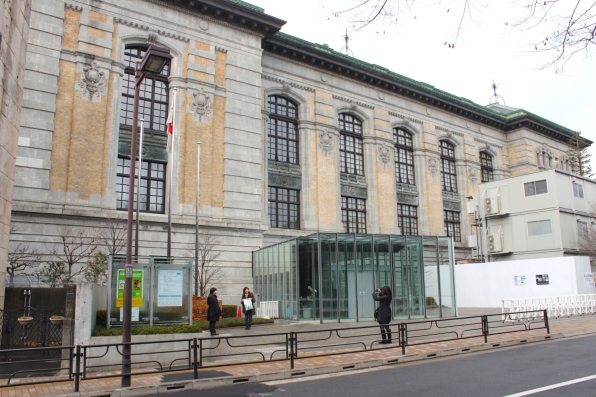 The Imperial Library of Japan was opened in 1885 and is today’s International Library for Children.

The Symphony Hall of the Old Tokyo Music School was built in 1890.

The Hyokeikan 表慶館 in the Tokyo National Museum complex is the oldest structure and the only structure from the Meiji Era in the Complex, having been erected in 1909.

The main building of the Tokyo National Museum was erected in 1938. The original had been designed by Josiah Conder in 1882 but destroyed in the Great Kanto Earthquake.

Just off Ueno Park sits the Former Iwasaki Residence 旧岩崎邸庭園, built in 1910 by Josiah Conder. This is a magnificent specimen of Meiji-era private residential architecture. It resembles a Beaux-Arts palace. 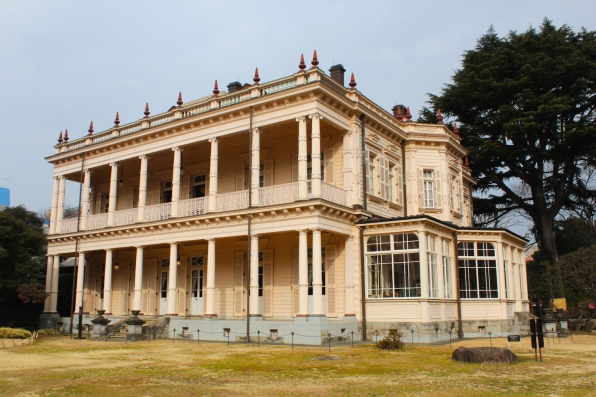 Back view of the Iwasaki Mansion, showing deep verandahs on both floors, inspired, no doubt by European architecture in the treaty ports. 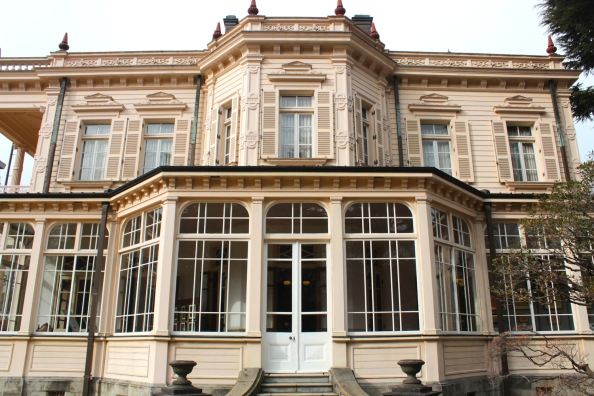 Another view of the Mansions.

A torii marks the entrance to the Meiji Shrine. To pay proper respect, bow once each time you encounter a torii and just before you pass under it. Do this when you enter and when you leave the shrine.

The beautiful, verdant grounds of the Shrine have a sacred, almost magical feel to them.

Another torii appears out of nowhere… 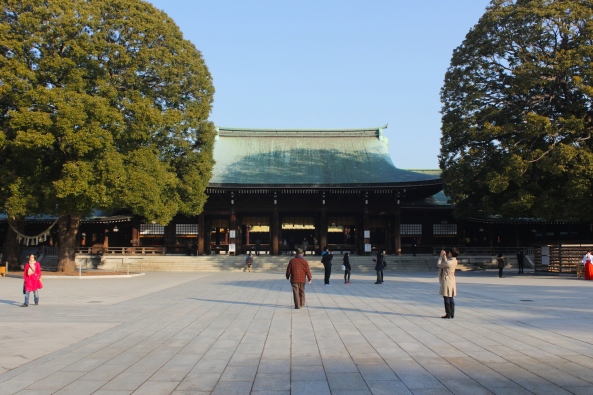 …and finally, the Shrine itself.

I am a wandering cityophile and pattern-finder who is pathologically incapable of staying in one place for any long period of time. When I do, I see the place from different perspectives, obsessive-compulsively.
View all posts by Kennie Ting →
This entry was posted in Art & Architecture, Cities & Regions, Japan, Landmarks & History, Photography, Sociology & Urban Studies, Travel & Mobility and tagged Architecture, Chiyoda, Japan, Meiji, Meiji Shrine, Nihonbashi, Showa, Taisho, The Grand Tour, The Grand Tour of East Asia, The Grand Tour of the Far East, Tokyo, Ueno Park. Bookmark the permalink.