两个人, or “Two People”, is the only Chinese song I’ve ever written and managed to finish arranging. It also happens to be the very last song I wrote – I haven’t written anything after it.

It was specially written for the wedding of my brother and sister-in-law in early 2011. I wrote it while I was still living in New York. And at my brother and sis-in-law’s wedding banquet in Singapore, I performed the song once only, and never again since then.

It was never meant to be part of the album, THE FACTS OF LIFE, even though in style, it appears to be an extension, of sorts, of my forays into electro-pop for that album; and in spirit, it furthers the halcyon-days optimism of MAGIC and E.M.P.T.Y.

As a matter of fact, I began to start writing and composing a number of Mandarin songs for a new Mandarin-pop album titled 两人世界, which translates (rather less efficiently) into “the intimate world two people have between them” in English.

This was to be an album of love songs with an electro-pop tinge to them. I realised, during my period of domesticity in New York, that I had a (rather old-school and incurably romantic) penchant for 委婉的歌曲 – lilting, melodic, intimate numbers.

两个人, in particular, evokes a quiet, intimate night between two people who are about to take the next step; who have decided they will spend the rest of their lives together.

But then… Mum called me in New York from Singapore, and gently / patiently suggested that it was perhaps time for me “to come home, dear”; that two and half years off “searching for yourself is long enough, don’t you think?” – any longer and it’d be self-indulgence. So I dropped everything I was doing and moved home to look for a job.

Around the time, I also discovered my love for travel and photography, and began working in earnest on this blog. During my final months in New York, I had already started working on a few photography projects with all-consuming passion.

And when I moved back to Singapore, my epic Grand Tour of the East project consumed all of my non-work waking hours.  Without much regretting it, or even consciously minding, I stopped composing and abandoned the music.

Perhaps I will write another song in the course of this year, since my Grand Tour is coming to an imminent end.

In any case, 8 years later, here’s 两个人. As it was written for a wedding, it is, of course, unavoidably romantic. I won’t translate it as the lyrics will sound ridiculous in English.

Again, best listened to with earphones. 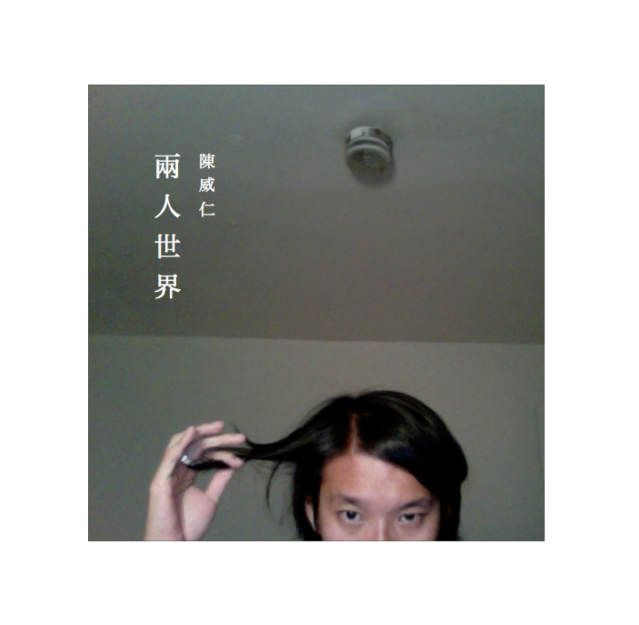 The cover for 两人世界, the Mando-pop album I started writing, but never finished. Photography and artwork design by Kennie Ting.

I am a wandering cityophile and pattern-finder who is pathologically incapable of staying in one place for any long period of time. When I do, I see the place from different perspectives, obsessive-compulsively.
View all posts by Kennie Ting →
This entry was posted in Art & Architecture, Cities & Regions, Culture & Lifestyle, Landmarks & History, Music, Travel & Mobility and tagged Kennie Ting, Lifestyle, Music, The Facts of Life, 两个人. Bookmark the permalink.